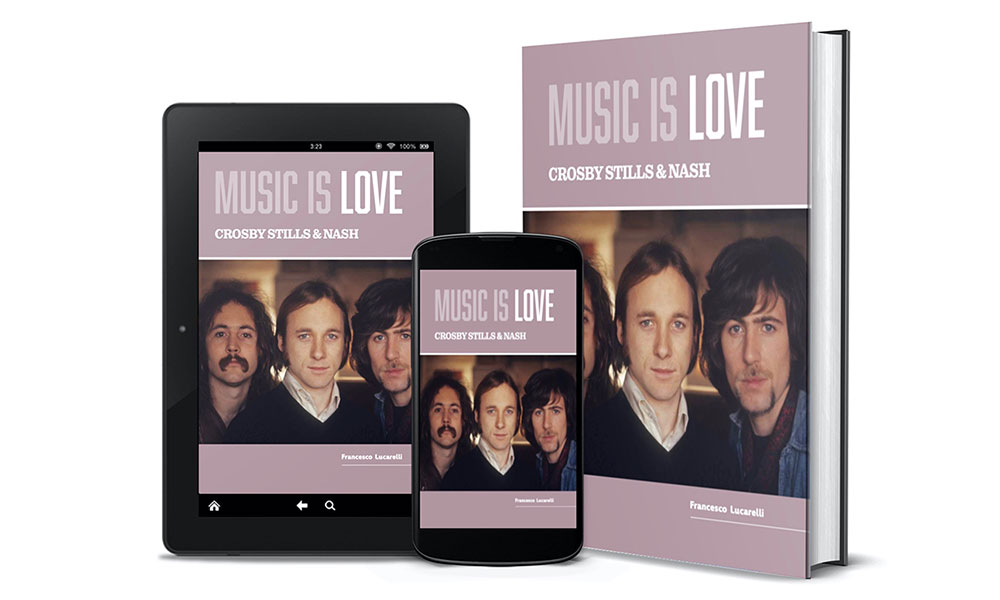 “This is a wonderful collection of information about Crosby, Stills & Nash, and the photographs bring the reader even closer to the band.” Graham Nash, June 2022, New York City.

The first 200 copies of the Special slipcase edition will be signed by Graham Nash.

Music is Love is the result of more than forty years of dedication to the music of Crosby, Stills & Nash by author Francesco Lucarelli. He began collecting different official releases, bootlegs and magazines from all over the world, and when he founded the Crosby, Stills, Nash & Young fanzine Wooden Nickel, fans from all corners of the globe shared their stories and memorabilia.

This is the largest collection of Crosby, Stills & Nash stories and visuals ever put together – tickets, playbills, backstage passes, flyers, laminated passes, posters, magazine covers, picture-sleeve singles, as well as many never-seen-before photographs. The result is an amazing journey covering almost six decades of music with contributions from all five continents. 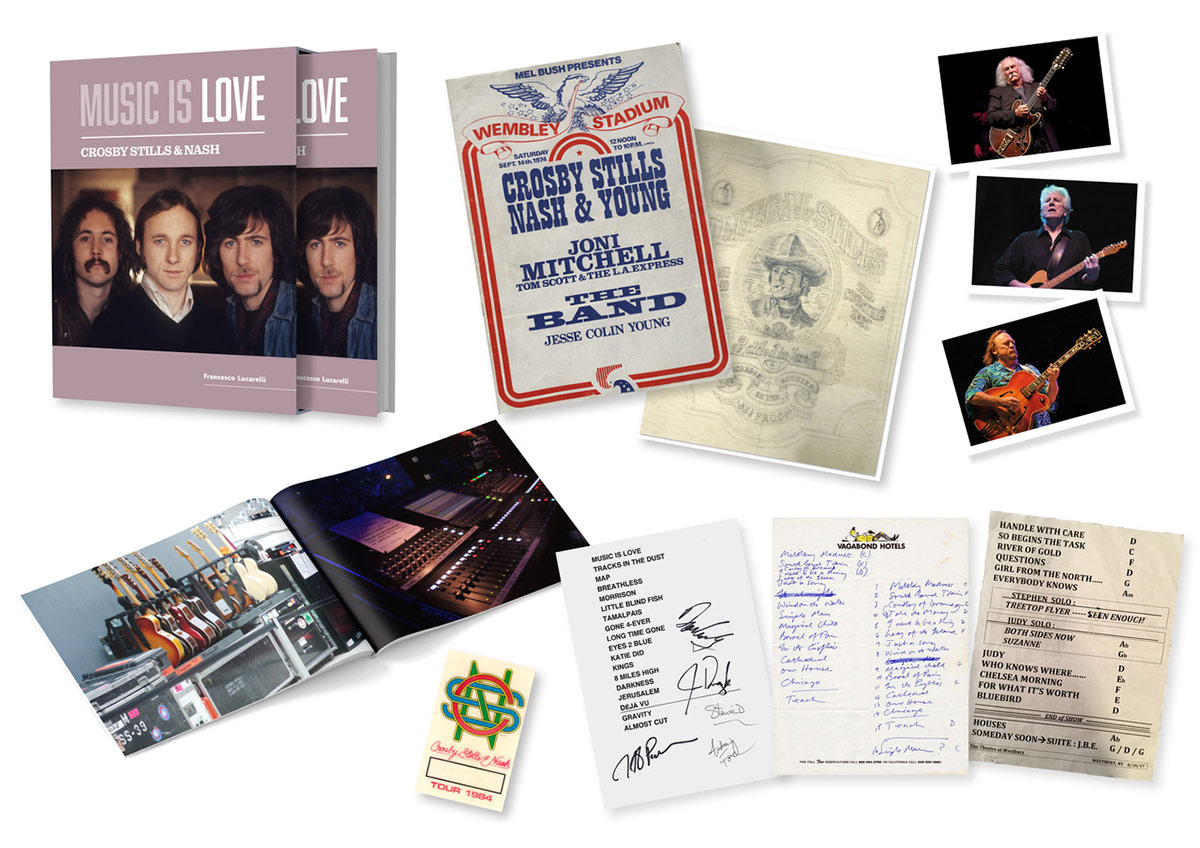 Born and raised in Rome, Italy, as a teenager Francesco Lucarelli fell in love with the beautiful music created by a handful of singer-songwriters living in Laurel Canyon. It was because of their songs and vocal harmonies that, in the early 80’s, he founded the infamous CSN&Y fanzine “Wooden Nickel”, which reached fans all over the world. Later, after becoming part of the CSNY family, he contributed to the booklet of Crosby Stills & Nash’s box-set and, in the early 10’s, he was one of the main contributors to the official CSN iPad app, both as a photographer and as an archivist. As a photographer, his work has been displayed on the booklet of CPR’s “Just Like Gravity”, on Stephen Stills’ box-set “Carry On” and on David Crosby’s book “Since Then: How I Survived Everything and Lived to Tell About it”. He is also one of the authors of the 3-book biography “Crosby Stills Nash and sometimes Young”.

Among the many CSNY-related experiences, there’s at least a couple of memorable musical moments: in 1988, when he spent one week playing with Ralph Molina and Billy Talbot of Crazy Horse in Billy’s garage in California, and in 1993 when Graham Nash invited him to join CS&N on stage in Roma for the encores of their concert. Over the years, Francesco performed live with Talbot both in California and in Italy for a number of acoustic dates. In 2010, he released the album “Find The Light”, mixed by Stephen Barncard and featuring guest-appearances by Graham Nash, Jeff Pevar, James Raymond and Kenny Passarelli. To support the record, Francesco founded a band and, in the Summer of 2022, their eponymous record “Rawstars” was finally released. Among the guests, Mike Finnigan, Greg Leisz, Jeff Young, Jeff Pevar and Inger Nova Jorgensen.