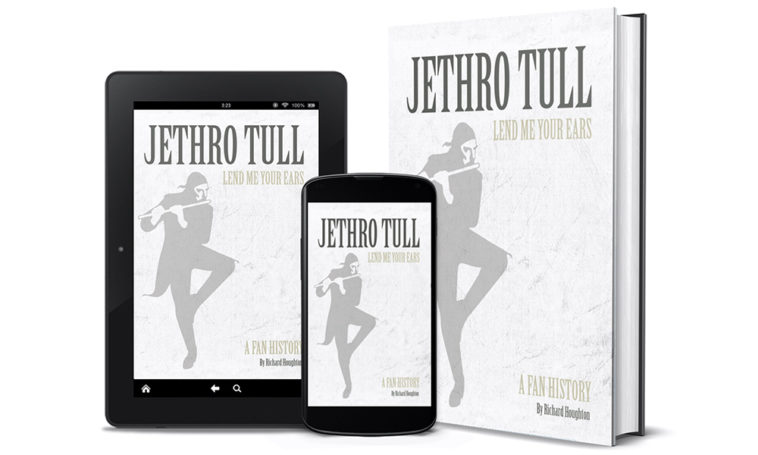 Lend Me Your Ears – official new book with a foreword written by Ian Anderson.

Told in the first person, this new book Lend Me Your Ears is an oral history of Jethro Tull, mixing hundreds of fan anecdotes with memories from the band, their collaborators, other musicians and celebrity admirers garnered from over 50 years of recording and performing. With many images in full colour and previously unseen pictures from fans, this is the Jethro Tull story as it’s never been told before.

Jethro Tull were, by the mid-seventies, one of the most successful live performing acts on the world stage, rivalling Led Zeppelin, Elton John and even the Rolling Stones. Now with some 30-odd albums to their credit and sales totalling more than 60 million, Jethro Tull continue to travel near and far to fans, old and new, across the world.