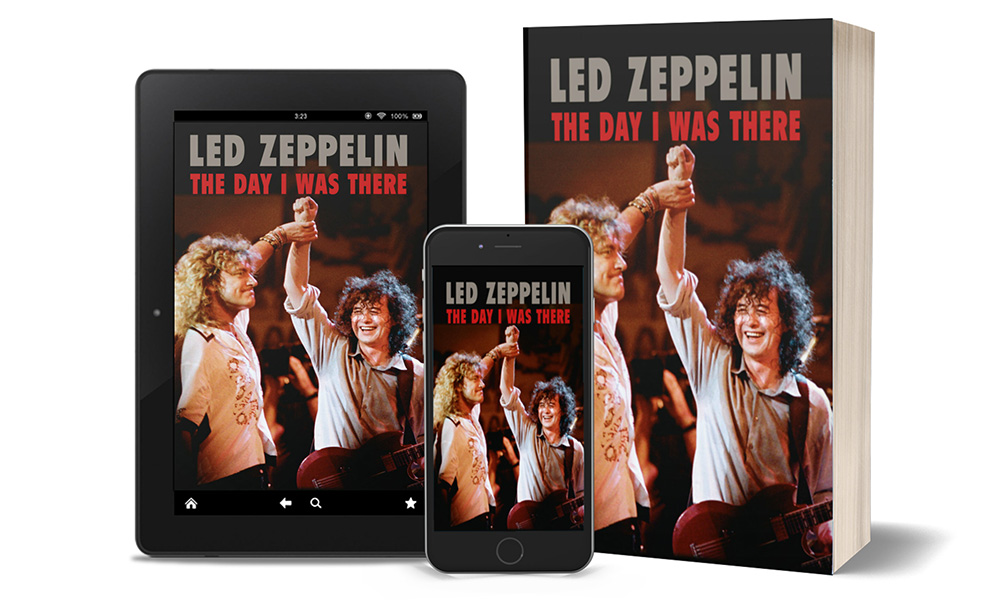 Special limited edition hardback numbered from 1-500 and signed by the author.

Richard Houghton’s sixth book in The Day I Was There series is a collection of over 500 eyewitness accounts of seeing one of the most successful, innovative, and influential rock groups in history – Led Zeppelin.

With fans recalling memories of the earliest Yardbirds and Zeppelin shows at UK and European clubs right through until the O2 Ahmet Ertegun Tribute Concert in 2007. With personal photographs, memorabilia, fascinating anecdotes, and fan stories that have never been published before.

Led Zeppelin has been credited with a major impact on the nature of the music business, particularly in the development of album-orientated rock and stadium rock. The biggest band of the Seventies saw each of their nine studio albums placed in the top 10 of the Billboard album chart and six reached the number-one spot.