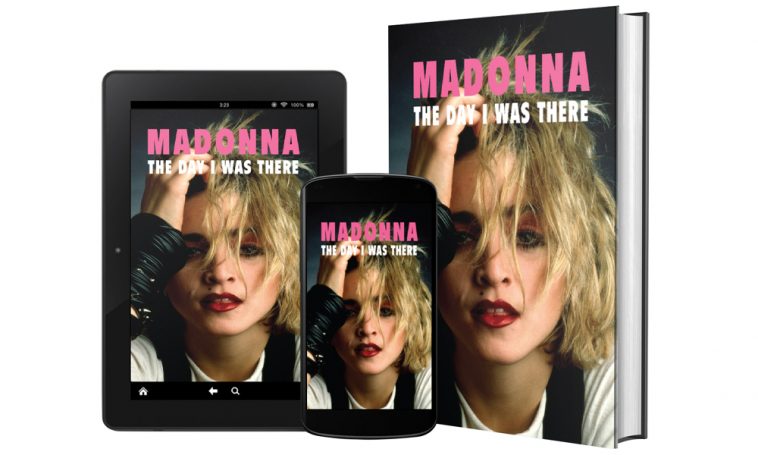 This special limited edition hardback is numbered from 1-500 and signed by the author.

Madonna – The Day I Was There features over 350 eyewitness accounts of seeing the ‘Queen of Pop’ live in concert, taking readers on a fan’s eye view through the career of one of the most charismatic, talented and much-loved artists in music. The book also features accounts from many people that worked with the singer including dancers, photographers and musicians.

This is a unique view of the Madonna story featuring a wealth of fascinating stories, memorabilia and photographs that have never been published before, making this book a unique portrait of one of the most influential musicians of the past four decades. From early shows in New York right through to the current Madame X Tour and everything in between.

Dirk Timmerman who was born in Belgium was inspired by Madonna when he first saw the VHS of The Virgin Tour, where Madonna made the introduction ‘I went to New York, I had a dream. I worked really hard, and my dream came true’. This statement made such an impression on him that he also wanted to work in the international music industry, which he’s still doing to this day. For the past 35 years, he has become a Madonna musical archeologist and writer.