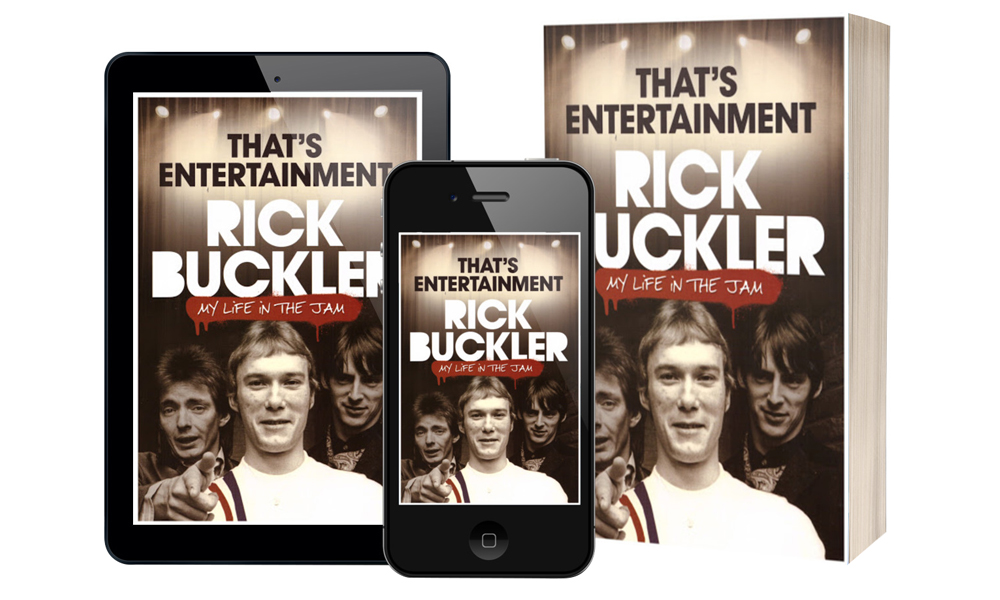 Rick Bucklers autobiography is the first from a member of The Jam, who some considered were the ultimate Mod band. Rick tells The Jam story from growing up in Woking and meeting fellow members Paul Weller and Bruce Foxton at school, through their formation in 1972 and tells of the band’s early years before signing to Polydor records.

He provides a year by year account of The Jam’s progress whilst describing what it was like being a part of the music industry during the 70’s and 80’s and some of the characters who he met along the way including the Ramones, John Enwistle, Sid Vicious, Blondie, Boy George and Paul McCartney. Rick shares his own experiences and thoughts about what it was like to be in one of the UK’s most successful bands who spent a great deal of time recording, performing and touring.

Following The Jam’s split in 1982, Rick gives a candid account of how he coped and his subsequent relationship with Paul and Bruce. All three members of The Jam stayed within the music industry and Rick takes the reader through his years in Time UK and various other bands up until forming From the Jam.

A must read for any Jam fan.