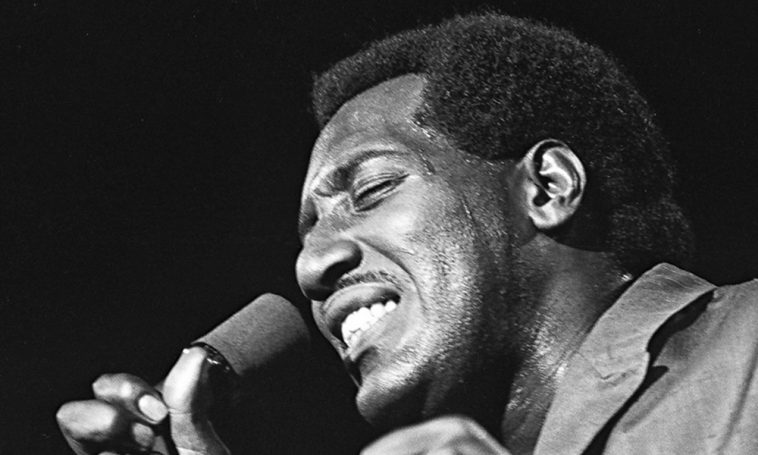 16th March 1968, the posthumously released Otis Redding single ‘Sittin’ On The Dock Of The Bay’, started a five-week run at No.1 on the US chart, (a No.3 hit the UK). Otis was killed in a plane crash on 10th December 1967 three days after recording the song. “Sittin’ On The Dock Of The Bay”, became the first posthumous No.1 single in US chart history and sold over four million copies worldwide.

Redding and his band had made an appearance in Cleveland, Ohio on the local ‘Upbeat’ television show the previous day. The plane carrying Otis Redding and his band crashed at 3.28.pm into icy waters of Lake Monona near Madison. Redding was killed in the crash along with members from The Bar-Kays, Jimmy King, Ron Caldwell, Phalin Jones and Carl Cunningham. Trumpet player Ben Cauley was the only person to survive the crash.

Redding was born and raised in the American state of Georgia and at the age of 15, left school to help his family financially by working with Little Richard’s backing band The Upsetters, and playing talent shows for prize money.

In 1958, he joined Johnny Jenkins’s band, The Pinetoppers, and toured the Southern United States while serving as driver and musician. An unscheduled appearance on a session led to a turning point in his career. He signed a contract with record label Stax Records and released his debut album, Pain in My Heart, in 1964. This album produced his first single on Stax, “These Arms of Mine”.

Although initially more popular among blacks, he later became equally popular among whites. At first, he performed small gigs in the South, until he and his group performed at the nightclub Whisky a Go Go, their first concert in the Western United States. Internationally, Redding performed in Paris and London among other venues. Redding’s death was devastating for Stax, which was on the verge of bankruptcy. Later Stax discovered that Atlantic owned the rights to the singer’s entire catalog.

Redding wrote the first verse of the song, under the abbreviated title “Dock of the Bay,” on a houseboat at Waldo Point in Sausalito, California a short time after his appearance at The Monterey Pop Festival. Along with Jimi Hendrix Redding was the star of the festival where he had performed a sensational set in front of a predominantly white audience, (recorded for posterity in the film of the event, Monterey Pop). The recording of “Dock Of the Bay” was never completed. Redding’s familiar whistling, heard before the song’s fade was the singer fooling around, he had intended to return to the studio at a later date to add words in place of the whistling.

Redding won numerous awards, including the Grammy Lifetime Achievement Award and induction into the Rock and Roll Hall of Fame. His legacy remains solid; he received the honorific, “King of Soul”.