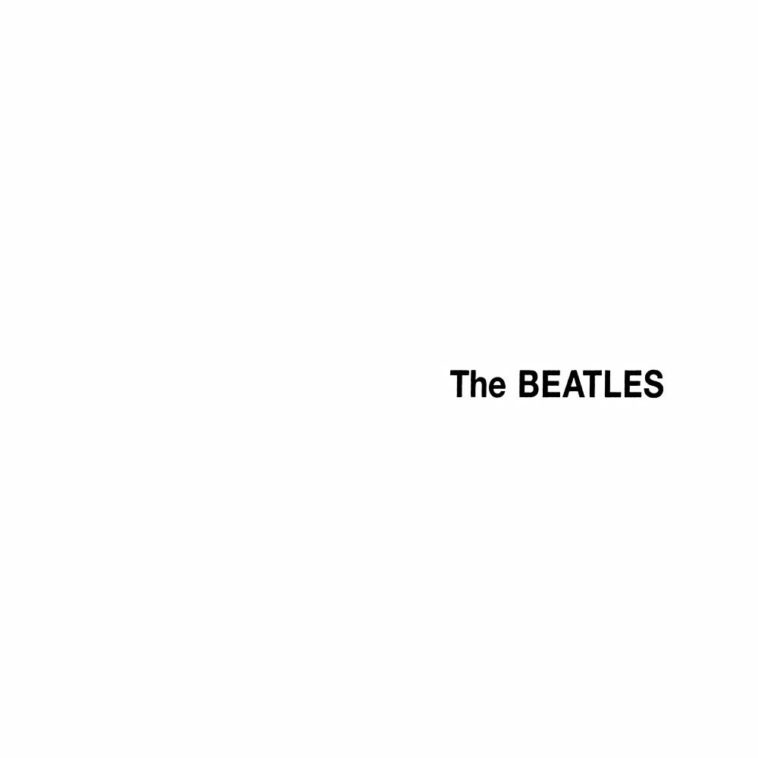 The Beatles’ ninth album in seven years is arguably one of their best. The working title was A Doll’s House, changed after UK progressive rock band Family released the similarly titled Music In A Doll’s House earlier that year, so the album became simply The Beatles, or, more commonly, The White Album. With no graphics or text other than the band’s name embossed in grey letters (and, on the early LP and CD releases, a serial number) on its plain white sleeve, The White Album was the first that The Beatles undertook following the death of their manager, Brian Epstein, and the first released by their own record label, Apple.

Anticipation for the release was huge, as was the speculation whether the band were going to better their last album, Sgt. Pepper’s Lonely Hearts Club Band. In many ways they did, the eclectic nature of the double album’s songs showing the four members still at the top of their game. John Lennon laid down some of his most memorable work with three of his finest on side one of the album alone – Dear Prudence, Glass Onion and Happiness Is A Warm Gun. And then we had Paul’s tunes, including the Chuck Berry meets The Beach Boys of Back In The U.S.S.R., with McCartney on drums after Ringo quit the group for a couple of weeks. Then there was the bouncy song about his Old English Sheepdog, Martha My Dear, and what has become one of his signature tunes, the beautiful acoustic Blackbird, featuring just Paul’s voice and acoustic guitar, plus the warbling of a blackbird.

As for George Harrison’s material, when The Beatles recorded overdubs onto his new song While My Guitar Gently Weeps, Eric Clapton added the guitar solo and became the first outside rock musician to play on a Beatles recording. At first Clapton was reluctant to join them in the studio, saying: ‘Nobody ever plays on the Beatles’ records’, but Harrison convinced him. George and Eric had become good friends over the years, which saw Clapton becoming a little too friendly with Harrison’s wife, Pattie. The former Cream guitarist eventually married George’s first love and wrote both Layla and Wonderful Tonight about the former actress and model.

Clapton also loved chocolates, and his mate George wrote Savoy Truffle as a tribute to Eric’s chocolate addiction – the title and many of the lyrics come from a box of Mackintosh’s Good News chocolates. Completing Harrison’s contributions was another fine song, Long Long Long and the amusing Piggies.

The White Album was written and recorded during a period of turmoil for the group, having visited the Maharishi Mahesh Yogi in India in early 1968 and, while abroad, enjoyed a particularly productive songwriting period. The group returned to the studio for recording from May to October 1968, only to have conflict and dissent drive the group members apart. Ringo Starr quit the band for a brief time, leaving Paul McCartney to play drums on two of the album’s songs. Many of the songs were ‘solo’ recordings, or at least by less than the full group, as each individual member began to explore his own talent.

Although Hey Jude was not intended to be included on the LP release, it was recorded during the White Album sessions and was released as a stand-alone single before the release of The Beatles. The B-side, Revolution, was an alternative version of the album’s Revolution 1. John Lennon had wanted the original version of Revolution to be released as a single, but the other three Beatles objected on the grounds that it was too slow. A new, faster version, with heavily distorted guitar and a high-energy keyboard solo from Nicky Hopkins, was recorded, and was relegated to the flip side of Hey Jude. The resulting release – Hey Jude on side A and Revolution on side B – emerged as the first release on The Beatles’ new Apple Records label, going on to become the band’s most successful single, with world sales of over 5 million by the end of 1968 and 7.5 million by October 1972.

Many Beatles fans have long debated what a great ‘single’ record The White Album could have made, and there are some tracks that don’t score with everybody, except that those that upset some people turn out to be the absolute favourites of many others.