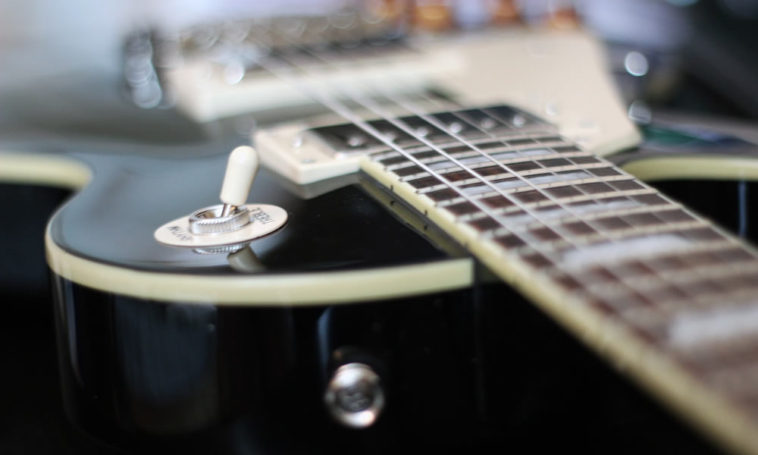 In 1902, The Gibson Mandolin guitar company was formed. Gibson’s first electric guitar the ES-150 was produced in 1936, and in 1946 Gibson introduced the P-90 single coil pickup, which was eventually used on the first Les Paul model made in 1952.

The Gibson Les Paul was the result of a design collaboration between Gibson Guitar Corporation and the late jazz guitarist and electronics inventor Les Paul. In 1950, with the introduction of the Fender Telecaster to the musical market, electric guitars became a public craze.

While working in his small Kalamazoo, Michigan workshop on a hot summer afternoon in 1894, Orville Gibson did not comprehend the affect his instruments would have on the music world. Starting with strong convictions about instrument design and quality, Orville created a whole new family of guitars and mandolins and later inspired generations of craftsmen to produce some of the finest instruments the world has ever heard or seen.

A virtuoso classical mandolinist and acoustical engineer, Lloyd Loar joined Gibson in 1919, one year after Orville’s death. Loar’s cultivations of Orville’s original carving concepts brought about the Master Model F-5 mandolin and L-5 guitar, with tuned tops and backs and the first “f” holes ever found on fretted instruments. The F-5 was hastily judged the greatest mandolin ever built, while the L-5, in the hands of players like Eddie Lang, became the first guitar to take a serious role in the orchestra scene. It quickly replaced the tenor banjo as a rhythm instrument and became the basis for Gibson’s dominance and superiority in the new field of arch top guitars.

The 1920’s saw another period of incredible innovations, including elevated fingerboards, bridges with height adjustment, and Thaddeus McHugh’s adjustable truss rod, patented in 1921. Simple and direct in operation, the truss rod balanced the tension of the strings on the neck and kept the neck in perfect alignment. The 1920’s also saw Gibson develop banjo concepts like the modern tone ring and resonator, which revolutionized the tenor banjo of its day and laid the foundation for Earl Scruggs and Bluegrass music 20 years later.

The 1937 Gibson catalogue featured a new electric guitar, the ES-150. This “Electric Spanish” guitar blended the new technology of magnetic pickups with arch-top design in an instrument designed to be amplified. When a young man from Oklahoma named Charlie Christian plugged in with Benny Goodman, he turned the guitar into a lead instrument. Music would never be the same and Christian’s forceful lead guitar lines invented a whole new musical style that’s been duplicated for over 50 years.

Les Paul had been developing the concept of the solid body guitar since the 1930’s. In 1941, he split an arch-top Epiphone in half lengthwise and bolted both sides to a 4″ x 4″ solid block. This two pickup monster (Les called it “The Log”) was not a pretty sight, but it established Les’ idea that solid body instruments had a unique sound and musical future.

Les had presented his ideas to Gibson in 1945 or 1946, but demand for traditional Gibson’s that the company didn’t see the need. According to Les, “They politely ushered me out the door. They called it the broom-stick with a pickup on it.” However, several years later, Gibson executives recognized the significance and future of Les Paul’s solid body design.

Ted McCarty found Les and Gibson’s Les Paul guitar made its debut in 1952. For the first time, two woods – maple for the top and mahogany for the back – were combined on a solid instrument for a musical purpose, balancing the bright attack of maple with the warmth and richness of mahogany. The tune-o-matic bridge appeared on the Les Paul in 1954, and the humbuckers followed in 1957. When the LP was offered with a cherry sunburst top in 1958, one of the greatest electric guitar designs ever was firmly established.

By the late 1950s, the Les Paul was considered “staid and old-fashioned”, no longer competitive with the Stratocaster, and by 1961 Gibson stopped producing the Les Paul in favour of the SG. The mid-1960s, however, brought a resurgence of interest in the Les Paul, a development credited to one man and one album: Eric Clapton, using a Les Paul plugged into a Marshall Bluesbreaker as recorded on Blues Breakers with Eric Clapton (the “Beano” album, 1966), set the standard for tone for a new generation of guitar players in blues and rock and roll.