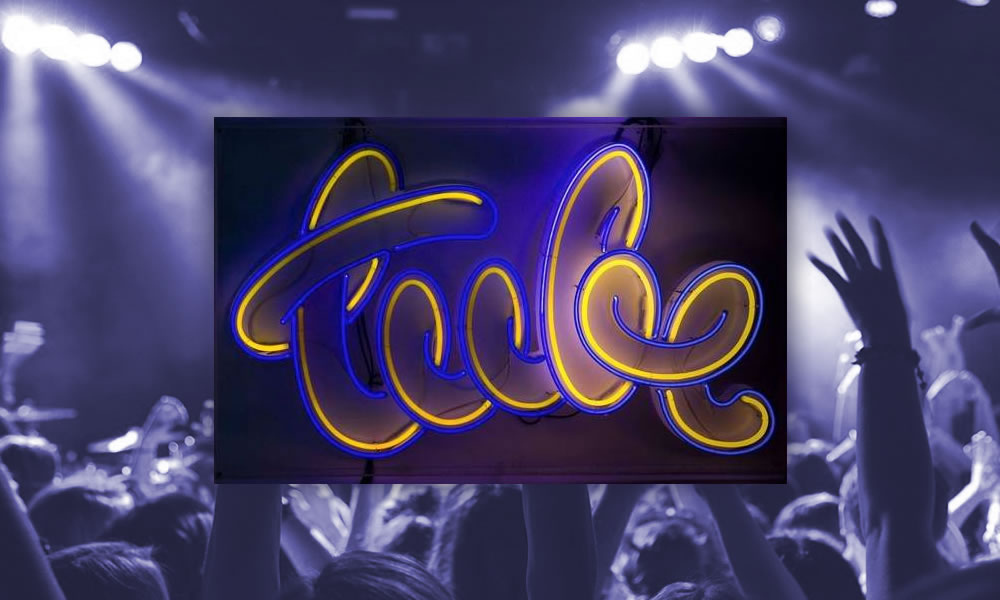 On 27th January 1984, Madonna made her first appearance in the UK when she appeared on the Channel 4 TV music program The Tube performing her new single “Holiday”. The show was broadcast live from the Hacienda Club in Manchester.

I was there! Not to see the unknown singer Madonna – never heard of her, mate. No, being a music fan and a first rate ligger at the time, on hearing the news that the best music show on the telly was coming to Manchester, I was straight on the phone to the local TV plugger to secure tickets for myself and my best friend.

The Tube (which was normally broadcast live from Tyne Tees’ TV studios in Newcastle upon Tyne) was by far the most exciting music show since Top Of The Pops. And for one night only the whole show was coming live from Manchester’s best club, The Hacienda.

I can’t remember anything about the night except we hammered the free bar, and I’ve no idea who else appeared on the show, but I do remember seeing this small girl walking through the crowd to take her place on the floor with her dancers. We watched as they warmed up off-camera rehearsing for their slot, but we didn’t bother watching any more; we’d never heard of Madonna before and we thought we would probably never hear of her again.

The show, which was first aired on 5th November 1982 and ran until 1987, was fronted by Jools Holland, the former keyboard player from Squeeze, and Paula Yates, and was named after the plexiglass tunnel which led down into Studio Five at Tyne Tees TV, the place where all the stars from the 80’s subsequently appeared.

Holland, who had quit Squeeze to pursue a solo career, had branched out into TV as well. His hit and miss, laid back style worked a treat and, backed with his vast musical knowledge, Holland held the show together. He later achieved notoriety by injudiciously using the phrase “groovy fuckers” in a live early evening TV trailer for the show, causing the show to be taken off air for three weeks as a result.

And then there was Paula Yates: young, naughty, cheeky and very sexy. Yates, who had posed naked for Penthouse magazine in 1978, had become a music journalist, writing a column called “Natural Blonde” in the British weekly music paper Record Mirror. She became a fan of The Boomtown Rats and their lead singer, Bob Geldof, with whom she became involved and who fathered her first three daughters.

Yates later met Michael Hutchence when his group INXS appeared on the show. Recalling that first meeting, Yates said that she had essentially interviewed Hutchence’s crotch and he had invited her back to his hotel room. Geldof and Yates divorced in 1996 after she and Hutchence became an item, it all becoming rather messy, with the whole episode played out in the British tabloid press.

The list of acts who appeared live on The Tube reads like a Who’s Who of 80’s music: Tina Turner, The Cure, U2, INXS, REM, Bon Jovi, The Smiths, Iggy Pop, Dire Straits, The Pretenders, The Cramps, Tears For Fears, Culture Club and Wham! all appeared between 1982 and 1987. The Tube provided a turning point for many new acts who appeared, bringing their music to the masses. Amongst them, U2, Paul Young, Frankie Goes To Hollywood and The Proclaimers, to name a few, all saw giant leaps in their careers after being on the show.

What made The Tube great was the edgy style of the presenters and live performances from three or four artists each week. Throw in some shambolic interviews, bits of comedy and you had great TV.

So what of the two presenters? Sadly Yates was found dead at her home in London in 2000 of an accidental heroin overdose. The coroner ruled that it was not a suicide, but a result of “foolish and incautious” behavior.

And Jools Holland continued his music career -releasing albums and touring with the Jools Holland Big Band – and got another gig on TV, presenting the eclectic music program “Later… With Jools Holland”, which has been on British TV since 1992.

What about that young singer/dancer who made her live UK debut on the show? Don’t know, haven’t seen much about her lately…