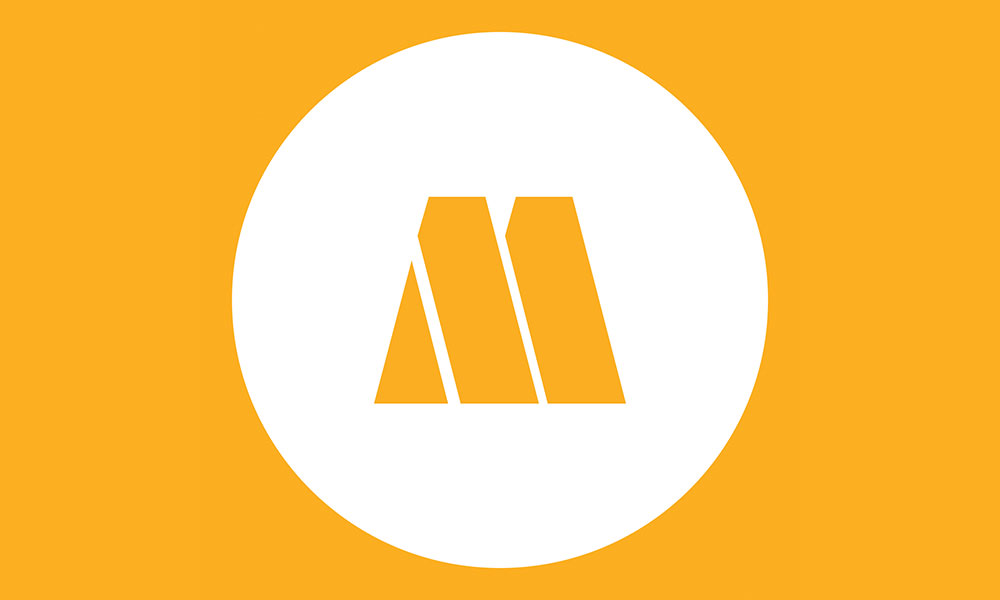 1. Motown was originally founded by Berry Gordy Jr. as Tamla Records on January 12, 1959 and was incorporated as Motown Record Corporation on April 14, 1960. Gordy launched the label with an $800 loan from his family and royalties earned writing for Jackie Wilson, (he co-wrote “Reet Petite” a hit for Wilson).

2. Berry Gordy got his start as a songwriter for local Detroit acts such as Jackie Wilson and the Matadors. Wilson’s single “Lonely Teardrops”, written by Gordy, became a huge success.

4. Marvin Gaye was one of the co-writers of ”Dancing in the Street” (with William “Mickey” Stevenson and Ivy Jo Hunter). Martha and the Vandellas version reached number 2 on the Billboard Hot 100 chart. A 1985 duet cover by David Bowie and Mick Jagger charted at No. 1 in the UK and reached No. 7 in the US.

6. The Marvelettes were its first significantly successful girl group after the release of their debut single the 1961 number one “Please Mr. Postman”. It became the first Motown song to reach number one position on the Billboard Hot 100 pop singles chart. Marvin Gaye played drums on the track.

7. The Supremes were founded as The Primettes in Detroit, Michigan, in 1959.

8. “Where Did Our Love Go” was originally intended by Holland-Dozier-Holland for the Marvelettes, who rejected it. Recorded by The Supremes it gave them their first US Number one.

9. Between 1961 and 1963, the Supremes released six singles, none of which charted in the Top 40 positions of the Billboard Hot 100.They were Jokingly referred to as the “no-hit Supremes” around Motown’s Hitsville U.S.A. offices.

10. The Four Tops were founded as the Four Aims, that began their careers together while they were high-school students in Detroit.

11. Levi Stubbs from the Four Tops was also a voice artist in film and animated television series, most famously having provided the voice of ‘Audrey II’, the alien plant in the 1986 musical horror comedy film Little Shop of Horrors.

12. The Temptations were originally called The Elgins.

13. “My Girl” at hit for The Temptations in 1964 was written by Smokey Robinson and Ronald White. Otis Redding covered the song on his album Otis Blue: Otis Redding Sings Soul.

15. The Beatles covered various Motown songs including: “Please Mr. Postman”, The Marvelettes, “You Really Got a Hold on Me”, The Miracles, “Shout”, the Isley Brothers, “Money (That’s What I Want)”, Barrett Strong.

16. Barrett Strong became a Motown writer lyricist, teaming with producer Norman Whitfield. Together, they wrote some of the most successful and critically acclaimed soul songs ever to be released by Motown, including “I Heard It Through the Grapevine” by both Marvin Gaye and Gladys Knight & the Pips; “War” by Edwin Starr; “Wherever I Lay My Hat (That’s My Home)” by Paul Young; “Smiling Faces Sometimes” by the Undisputed Truth; and the long line of ‘psychedelic soul’ records by the Temptations, including “Cloud Nine”, “I Can’t Get Next to You”, “Psychedelic Shack”, “Ball of Confusion (That’s What the World Is Today)”, and “Papa Was a Rollin’ Stone”.

17. Songwriter Eddie Holland was an early Motown artist who recorded minor hit singles. He started working behind the scenes due to stage fright. He was a member of Holland–Dozier–Holland, the songwriting and production team responsible for much of the Motown Sound and hit records by Martha and the Vandellas, The Supremes, The Four Tops, and The Isley Brothers, among others. He has written or co-written 80 hits in the UK and 143 in the US charts.

18. Before signing with Motown The Jackson 5 first signed with Steeltown Records in 1967 and released two singles, “Big Boy” and “We Don’t Have to Be Over 21 (To Fall in Love)”.

19. On 1st April 1984 Marvin Gaye was shot dead by his father at his parent’s home in Los Angeles, California. The argument started after his parents squabbled over misplaced business documents, Gaye attempted to intervene, and was killed by his father using a gun he had given him four months before. Marvin Sr. was sentenced to six years of probation after pleading guilty to manslaughter.

20. The Supremes were the most commercially successful of Motown’s acts and are, to date, America’s most successful vocal group with 12 number one singles on the Billboard Hot 100.

21. “Come to Me” by American singer Marv Johnson was the first ever single to be released by the Tamla Records label which would eventually become known as Motown. Johnson was discovered by Berry Gordy while Johnson performed at a carnival.

22. “Fingertips” by Little Stevie Wonder gave Tamla their second US number one single. It was also the first live, non-studio recording to reach number 1 on the Billboard Pop Singles chart.

23. In the early 70s The Jackson Five became Motown’s main marketing focus and the label capitalized on the group’s youth appeal, licensing dozens of products, including the Jackson Five heart logo on Johnny Jackson’s drum set, stickers, posters, and colouring books, as well as a board game and a Saturday morning cartoon.

24. Stevie Wonder signed with Motown’s Tamla label at the age of 11.

25. Motown was the first record label to run its own ‘charm school’ to teach artists how to perform.

26. In 1966, Berry Gordy refused to sign The Jackson 5 because he didn’t want to work with any more children. It was Gladys Knight who persuaded him to change his mind a year later.

28. Mable John became the first female signed by Berry Gordy to Motown’s Tamla label. She released the 1960 single “Who Wouldn’t Love a Man Like That”. After leaving Motown, John spent several years as a Raelette, backing many Ray Charles hits.

29. The biggest-selling Motown singles in the UK were “I Just Called To Say I Love You” by Stevie Wonder, and “Hello” by Lionel Richie.

30. Some of the lesser-known artists who recorded for Motown in the early 60s include: Singin’ Sammy Ward, Popcorn and the Mohawks, Paul Gayten, Nick & the Jaguars, The Twistin’ Kings, The Swinging Tigers and The Golden Harmoneers.

31. The Jackson 5 were the first black male group to debut with four consecutive number one hits on the Hot 100 with the songs “I Want You Back”, “ABC”, “The Love You Save”, and “I’ll Be There”

32. American soul singer Nella Dodds was the first Motown act to make the charts with a version of “Come See About Me” which later became a number one hit for The Supremes.

33. The Supremes’ choreography for “Stop! In the Name of Love” involved one hand on the hip and the other outstretched in a “stop” gesture. Paul Williams and Melvin Franklin of The Temptations taught the girls the routine backstage in London, England before the Supremes’ first televised performance of the single on the Ready Steady Go! special ‘The Sound of Motown.’

34. Gladys Knight has won seven Grammy Awards (four as a solo artist and three with the Pips) and is an inductee into the Rock and Roll Hall of Fame along with The Pips. She also recorded the theme song for the 1989 James Bond film Licence to Kill.

35. It took The Supremes six single releases before they scored a top 20 hit. They are now the best-charting girl group in US history.

36. A June 2009 article by The Daily Telegraph called “I Want You Back” by The Jackson 5 as ‘arguably the greatest pop record of all time’.

38. “I’ll Be There” by The Jackson 5 sold 4.2 million copies in the United States, and 6.1 million copies worldwide. It replaced Marvin Gaye’s “I Heard It Through the Grapevine” as the most successful single released on Motown in the US, a record it held until the release of Lionel Richie’s duet with Diana Ross, “Endless Love” (1981).

39. “Stubborn Kind of Fellow” became Marvin Gaye’s first hit single, reaching the top ten of the R&B chart and the top fifty of the Billboard Hot 100 in late 1962.

40. The 1963 hit “Heat Wave” by Martha and the Vandellas was one of the first songs to exemplify the style of music later termed as the “Motown Sound”.

41. Between 1962 and 1966, Smokey Robinson was one of the major songwriters and producers for Motown, penning many hit singles for Mary Wells, the Temptations, Marvin Gaye and the Marvelettes.

42. Stevie Wonder was born six weeks early. The stunted growth of blood vessels in the back of his eyes caused his retinas to detach, and the oxygen pumped into his incubator made the condition worse, leaving him permanently blind.

43. The Funk Brothers were a group of Detroit-based session musicians who performed the backing to most Motown recordings from 1959 until the company moved to Los Angeles in 1972. They played on Motown hits such as “My Girl”, “I Heard It Through the Grapevine”, “Baby Love”, “Signed, Sealed, Delivered I’m Yours”, “Papa Was a Rollin’ Stone”, “The Tears of a Clown”, “Ain’t No Mountain High Enough”, and “Heat Wave”.

44. “Cloud Nine” released in 1969 by The Temptations won Motown its first Grammy Award.

45. Tammi Terrell scored seven Top 40 singles on the Billboard Hot 100, including “Ain’t No Mountain High Enough”, “Ain’t Nothing Like the Real Thing” and “You’re All I Need to Get By”. Terrell’s career was interrupted when she collapsed into Marvin Gaye’s arms as the two performed at a concert at Hampden–Sydney College on October 14, 1967, with Terrell later being diagnosed with a brain tumor. She died on March 16 1970 from complications from brain cancer, a month shy of her 25th birthday.

46. Martha Reeves initially worked for Motown as the office secretary.

47. The song writing and production team Holland–Dozier–Holland was made up of Lamont Dozier and brothers Brian and Eddie Holland. They wrote many hits for Motown artists including: include “Stop! In the Name of Love” and “You Can’t Hurry Love” (the Supremes), “Heat Wave” and “Jimmy Mack” (Martha and the Vandellas), “Reach Out I’ll Be There” and “Baby I Need Your Loving” (the Four Tops), and “Can I Get a Witness” and “How Sweet It Is to Be Loved by You” (Marvin Gaye).

48. American bass player James Jamerson was the uncredited bassist on most of the Motown Records hits in the 1960s and early 1970s. As a session musician he played on 30 Billboard number 1 hits.

51. Before they were The Temptations, the members were in two different groups; the Primes and the Distants. The two groups were based out of Detroit, and they joined together when the Distants lost some of its members.

52. According to Ross, her mother actually named her “Diane”, but, a clerical error resulted in her name being recorded as “Diana” on her birth certificate.

53. Berry Gordy briefly worked on the assembly line at a Ford car plant. It is rumoured that Gordy based his hit factory after the Detroit car assembly line that he knew so well: Make a good product, then make something similar, and make it quick.

54. Stevie Wonder became the first Motown artist to negotiate a contract that allowed for complete artistic control of his music.

55. The Temptations have thirty-seven top 40 hits to their credit, and they were inducted into the Rock and Roll Hall of Fame in 1989.

56. “Shop Around” by The Miracles became Motown’s first million-selling record.

57. Diana Ross once worked at Hudson’s Department Store in downtown Detroit, where it has been claimed in biographies, she was the first black employee “allowed outside the kitchen”

58. Stevie Wonder’s harmonica playing can be heard on such hits as Chaka Khan’s “I Feel For You”, Elton John’s “I Guess That’s Why They Call It The Blues”, The Eurythmics “There Must be an Angel”, and Sting’s “Brand New Day”.

59. The Temptations were the first Motown act to earn a Grammy Award, for “Cloud Nine” in 1969