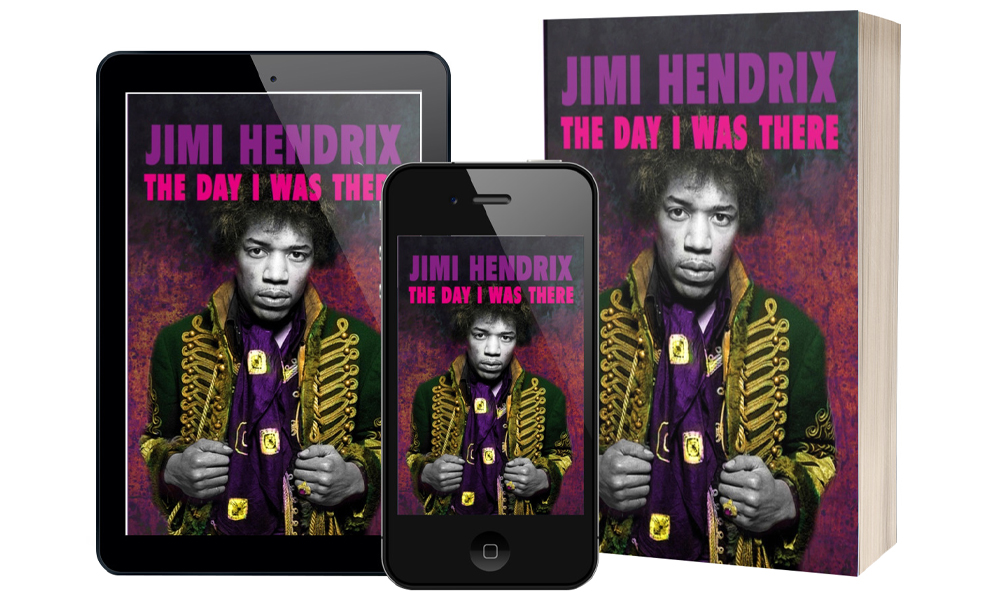 Jimi Hendrix is widely regarded as one of the most influential electric guitarists in the history of music.

Richard Houghton’s fifth book in the I Was There series is a collection of over 400 eyewitness accounts of seeing him live. It’s the story of Jimi’s discovery by manager Chas Chandler in New York’s Cafe Wha? and explosion onto the UK music scene in 1966 through to his untimely death in September 1970.

With fans recalling memories of the earliest Experience shows at UK clubs and theatre shows and Jimi’s appearances at the Monterey, Woodstock, Atlanta and Isle of Wight festivals, you’ll see a portrait of Hendrix the live performer that’s never been painted before – up close and loud.

With personal photographs, memorabilia, fascinating anecdotes, and fan stories that have never been published before.

Available in print and as an eBook on Amazon, iTunes and Google Play.

“Jimi Hendrix: The Day I Was There is another fun entry in this series that will take fans who were alive during those heady times in the late 1960s back to their youth, while for those of us too young to have experienced it the first time, we can instead be transported back through the fan recollections. 9/10 “ – Rock and Roll Chemist

“It’s almost like you feel yourself what a revoltion it was to witness the mindblowing experience to watch Jimi, Mitch and Noel when they conquered the world. A highly recommended read!” – Amazon Review