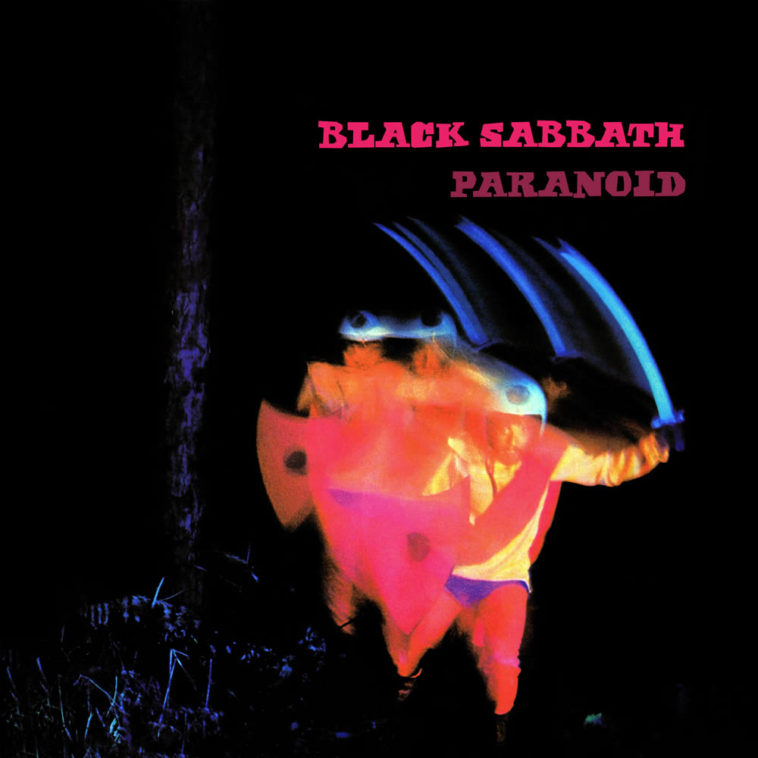 Yes, before Sharon, MTV and Ozzfest, John Michael ‘Ozzy’ Osbourne had a succession of jobs in the dark and depressing industrial English Midlands, including working at the Lucas car factory where the only music he made was tuning car horns. However, in late 1967, the 18-year old Osbourne formed, with guitarist Terry ‘Geezer’ Butler, his first band Rare Breed, who played two shows then promptly broke up. It wasn’t the best start to a musical career for the future ‘Godfather of Heavy Metal’.

In 1968, following the break-up of their previous band, guitarist Tony Iommi and drummer Bill Ward set about to form a heavy blues rock band in Aston, Birmingham. Iommi, who had picked up the guitar as a teenager after being inspired by the likes of Hank Marvin and The Shadows, was forced to play guitar left-handed after an industrial accident at the age of 17. (On his last day of work in a sheet metal factory, he lost the tips of the middle and ring finger of his right hand).

The two enlisted Geezer Butler (who switched to bass, having been playing rhythm guitar) and vocalist Ozzy Osbourne, after Osbourne placed an advertisement in a local music shop: ‘Ozzy Zig Needs Gig – has own PA’.

The new group was initially named The Polka Tulk Blues Band, after a cheap brand of talcum powder Osbourne saw in his mother’s bathroom. They renamed themselves Earth, but after being booked in error instead of a small-time English circuit band with the same name, they decided to change their name again. They finally chose the name Black Sabbath in early 1969, based on a film directed by Mario Bava and starring Boris Karloff, best remembered for his roles in horror films and his portrayal of Frankenstein’s monster in Frankenstein, Bride of Frankenstein and Son of Frankenstein. The band had noticed how people enjoyed being frightened, and, inspired, Iommi and his partners decided to play a heavy blues style of music laced with gloomy sounds and lyrics. While recording their first album in a castle, Geezer Butler read an occult book and had a dream of a dark figure at the end of his bed. Butler told Osbourne about the dream and together they wrote the lyrics to Black Sabbath, one of their first songs in a darker vein.

In June 1970, Sabbath reunited with producer Rodger Bain at Regent Sound Studios and Island Studios, London to record sessions for their second album. As well as working with the band on their debut, Bain also produced Welsh trio Budgie’s first two albums, as well as Judas Priest’s debut disc.

The original title of the new Sabbath album’s opener War Pigs, was Walpurgis, according to drummer, Bill Ward, whose memory was of first working on the song at The Beat Club in Switzerland in 1968, backed up by Tony Iommi, who said that the song first originated as a jam session. The outro of War Pigs, whose title, lyrics, and theme were subsequently changed during the recording of Paranoid, has its own name, Luke’s Wall (named in homage to the band’s two-man road crew, Geoff ‘Luke’ Lucas and Spock Wall) and features a more melodic tone than the rest of the song. In addition, the last few seconds of the track feature the sound of the tape speeding up, changing tempo and pitch.

Following War Pigs is the mighty title track, still ranked as one of the greatest heavy metal songs of all time, bringing Sabbath to the singles charts, peaking at #4 in the UK, #1 in Germany and, despite very little airplay in the US, reaching #61 on the Billboard Chart. Rumour has it that, after recording his vocals for Paranoid, frontman Ozzy Osbourne turned to his bandmates in Black Sabbath and said: ‘What the fuck does ‘Paranoid’ mean?’ Still, Ozzy’s vocal track was the perfect counterpart to what has become one of heavy metal’s most identifiable riffs. In his book Iron Man: My Journey Through Heaven And Hell With Black Sabbath, Tony Iommi confirmed the story, saying that he and Ozzy probably had no idea what the word ‘paranoid’ meant at that time: they left the lyrics to bassist Geezer Butler, considered the ‘intelligent one’ in the group.

For his part, Butler told Guitar World magazine in 2004, ‘A lot of the Paranoid album was written around the time of our first album, Black Sabbath. We recorded the whole thing in about 2 or 3 days, live in the studio. The song Paranoid was written as an afterthought; we basically needed a 3-minute filler for the album, and Tony came up with the riff. I quickly did the lyrics, and Ozzy was reading them as he was singing.’

Guitarist Tony Iommi wrote the song during a lunch break at the recording studio, and the band put it on tape that very afternoon. ‘It was all pretty fast and furious,’ Iommi recalls of the recording. ‘I also remember that I had a shocker of a black eye at the time, having had a rather unpleasant altercation with some skinheads a few days before. We had a photo shoot scheduled for the day of the recording; no amount of cunning lighting or posing could cover it up.‘

The psychedelic Planet Caravan follows, on which Ozzy Osbourne used a Leslie speaker to achieve the vocal effects, the track later being covered by Pantera for their 1994 album Far Beyond Driven.

Iron Man, the second Sabbath single in the US, was originally entitled Iron Bloke. Upon hearing the main guitar riff for the first time, Osbourne remarked that it sounded ‘like a big iron bloke walking about’, possibly inspiring the lyrics, by Butler, who wrote the story of a man who time travels into the future, and sees the apocalypse. In the process of returning to the present, he is turned into steel by a magnetic field. He is rendered mute, unable verbally to warn people of his time of the impending destruction, his attempts to communicate ignored and mocked. This makes Iron Man angry enough to have his revenge on mankind, causing the destruction seen in his vision.

Iron Man’s lasting appeal is shown by the fact that, in 2000, almost 30 years after the original studio version was released, a live version of the song won the Grammy Award for Best Metal Performance. In the film School Of Rock, the first riff that Jack Black teaches the guitarist in the band is from Iron Man – credit indeed.

Electric Funeral deals with nuclear war and its aftermath. The song lyrics describe a nightmarish post-apocalyptic wasteland of irradiated, sub-human mutants living in a miserable, synthetic garden in constant and utter terror of nuclear fallout; a fact complemented by an eerie main riff. Iommi stated, ‘When we recorded Electric Funeral… Bill would play it differently every bloody time. He didn’t know how many times to come in, and at certain parts he plays three instead of four. (In the studio) we kept the three, and to this day we still play it that way.’

When the Paranoid album was released, in September 1970, metal was still in its infancy. At less than three minutes long, the title track, with its dirge-like guitar and bad-acid-trip lyrics, was a revelation, Bill Ward’s punchy 4/4 drumming coupled with the prominent bass attack of Geezer Butler making Paranoid a real contrast to the lyrical doom, gloom and isolation so often vented by Ozzy.

Paranoid launched Sabbath into the chart, jump-starting hard rock. The album, often cited as the defining heavy metal release of the genre, hit #1 in the UK, and sold more than four million copies worldwide, largely via the charting of singles Iron Man and Paranoid in the USA, which both achieved success without benefit of much airplay. The album was originally titled War Pigs, but record company Vertigo / Phonogram changed it to Paranoid, thinking it would be easier to sell if it was named after the single, which had already had significant success by the time the album was released.

Over the years the song Paranoid has been covered by a host of bands including Big Country, Inspiral Carpets, Megadeth and Type-O Negative. Both the album and the track itself are testament to Sabbath’s timelessness and towering influence over generations of heavy metal bands ever since its release. Paranoid, with its loud, minor-key dirges loosely based on memorable heavy blues-rock riffs, is still one of the greatest and most influential heavy metal recordings of all time.

We have a book you might like Black Sabbath – The Day I Was There. The book tells the story of Black Sabbath in the words of over 350 fans. Starting with memories from their earliest pre-Sabbath shows as Earth in the North West of England, the book charts Sabbath’s gigging history through the drug-fuelled Seventies and a relentless touring schedule on the back of the classic first six albums that cast the die for heavy metal, fronted by legendary singer Ozzy Osbourne and backed by Tony Iommi, Geezer Butler and Bill Ward. Encompassing numerous line up changes in the years since, this is a fan’s eye view of how Black Sabbath went on to become the greatest metal band of all time, selling over 70 million records worldwide.. 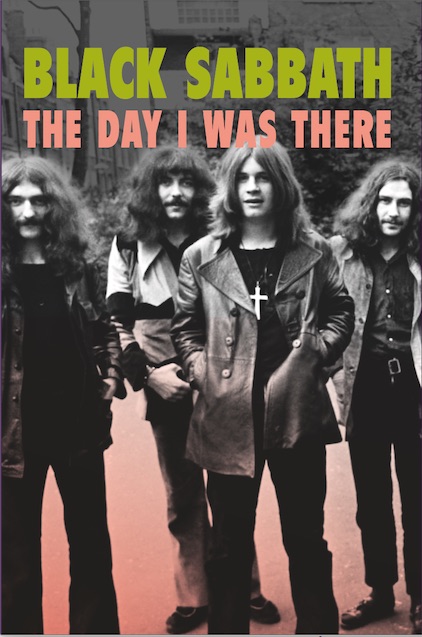