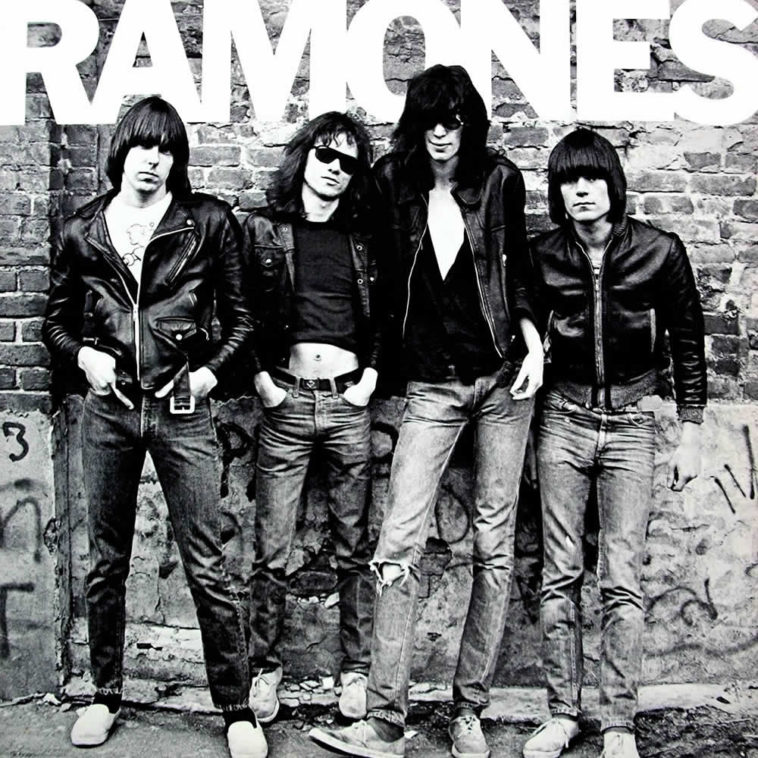 The Ramones played before an audience for the first time in March 1974. Playing fast and loud, most songs in the set clocked in at under two minutes, and a full live set would be under 20 minutes. Around this time, a new music scene was emerging in New York, centered around two clubs in downtown Manhattan: Max’s Kansas City and, more famously, CBGBs. The Ramones made their CBGB debut a few months later in August. Legs McNeil, who cofounded Punk magazine, later described the impact of that performance: ‘They were all wearing these black leather jackets. And they counted off this song…and it was just this wall of noise… They looked so striking. These guys were not hippies. This was something completely new.’

In the UK, BBC DJ John Peel made his weekly trip to the Virgin record store at Marble Arch in search of new releases. After the store manager, Tim Clark, handed him the Ramones LP, Peel threw out the running order for that evening’s show and played six tracks from the album. The inexorable rise of punk was now in place on both sides of the Atlantic.