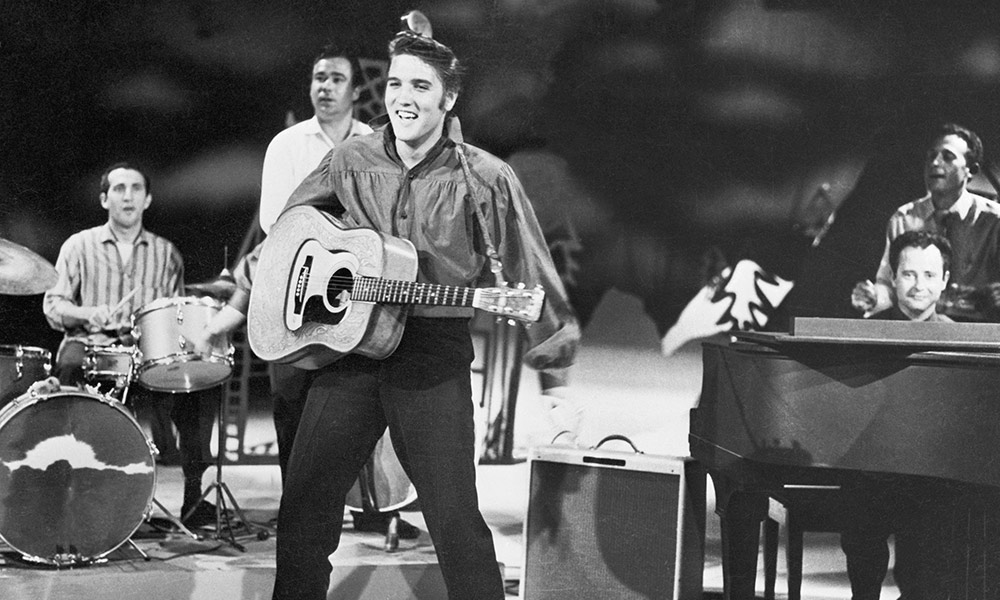 On this day in music, December 29, 1956, Elvis Presley made chart history by having ten simultaneous singles on Billboard’s Hot 100 (then called the “Top 100”) – an astonishing feat then and now. At the end of the year, Billboard reported that the rock‘n’roll star had placed more songs in the US Top 100 than any other artist since records were first charted. Among then were the No.1 hits “Heartbreak Hotel,” “Hound Dog,” “Don’t Be Cruel,” and “Love Me Tender.”

In 2012, Adele’s 21 overtook Oasis’ (What’s The Story) Morning Glory? to become the UK’s fourth biggest selling album of all-time. The feat also gave Adele the best-selling album of all time by a solo artist in the UK, while 21’s 23-week run atop the UK album chart is the longest by a female solo artist. In the US, it became the best-performing Billboard 200 album of all time, holding the No.1 spot for 24 weeks, longer than any other album since 1985 and the longest by a female solo artist in chart history.

In 1966, at London’s Abbey Road Studios, Paul McCartney began work on a new song, “Penny Lane.” When it came to the sound of the tune, McCartney found inspiration from the Beach Boys’ new album, Pet Sounds . The lyrics, meanwhile, referenced the Beatles’ Liverpool roots.

In 1967, Dave Mason quit Traffic, citing creative differences. A founding member of the band, Mason rejoined halfway through sessions for Traffic’s 1968 self-titled LP, after which he once again left to pursue solo opportunities.

In 1984, supergroup Band Aid topped the UK chart with their benefit single, “Do They Know It’s Christmas?” Across the Atlantic, in a rather interesting dichotomy, Madonna had the No.1 song with “Like a Virgin.”

In 1980, American singer-songwriter Tim Hardin died at the age of 39. The folk and blues artist wrote a number of songs that became famous in the hands of other artists, including “If I Were a Carpenter” and “Reason to Believe.”

Looking for more things that happened on this day in music?
Keep scrolling for all of the headlines for December 29.

Looking for more artists born on this day?
Keep scrolling for all of our December 29 birthdays.