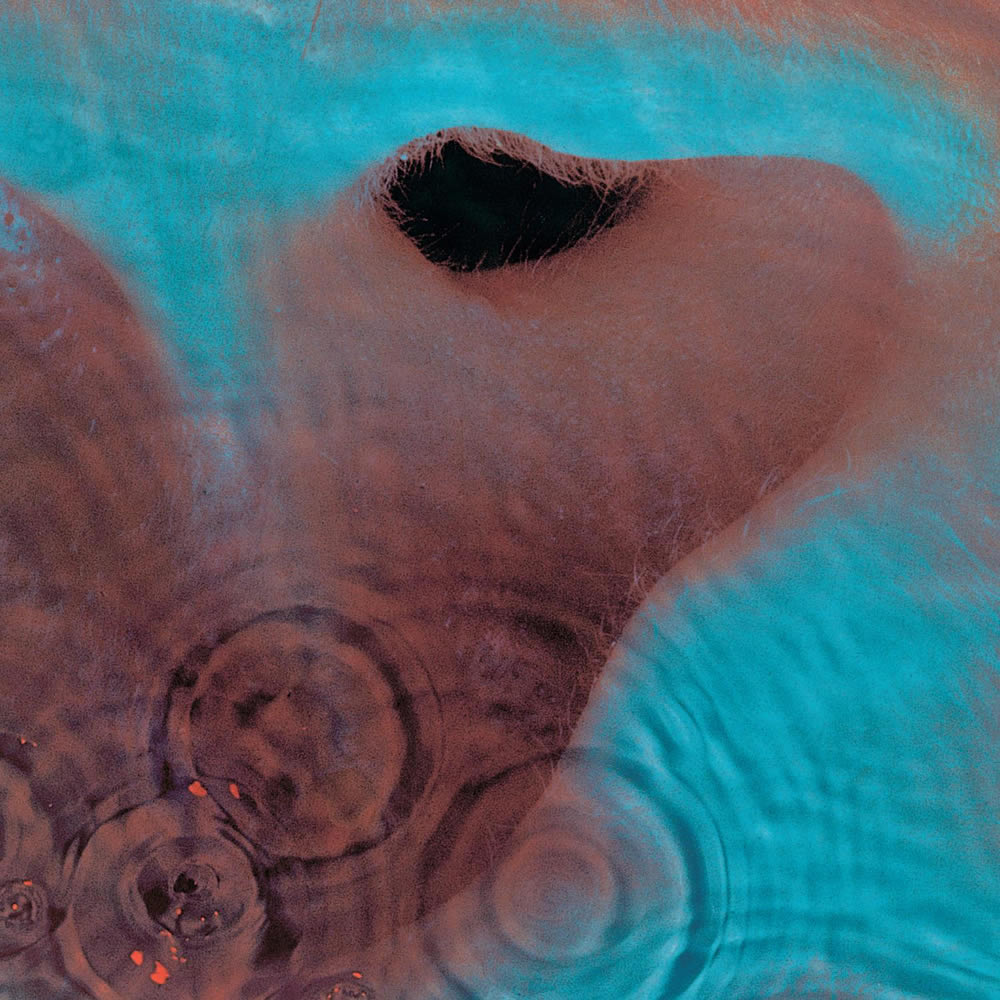 At the start of 1971 Pink Floyd were somewhat at a crossroads, musically. Having experimented with various sounds and styles on their previous albums, they decided to try taping different individual ideas separately, without reference to each other’s contributions, and see how the results worked when mixed together. That experiment wasn’t a success, so they got stuck into collaborating on various fragments of music, ending up with some 30 or so of them, all of which were called ‘Nothing’. After a period of time of developing the elements, during which the amorphous piece changed its title from ‘Son Of Nothing’ to ‘Return Of The Son Of Nothing’, they gradually built up a structure that began with a ‘ping’ – a single note from Richard Wright’s acoustic piano, fed through the rotating Leslie speaker from a Hammond organ, and redolent of the Asdic return when a submarine is hunting underwater.

This became ‘Echoes’, the place which Floyd members subsequently felt was the jumping-off point for the thematically linked albums that were to become their forte. As with Atom Heart Mother, the long work took up one whole LP side, in this case Side 2 of Meddle, with shorter songs on the other side.

Recording for the first time on a 16-track tape machine, the band were able to use overdubs to create different sections of a longer song, rather than having to record at least the rhythm section in more or less one pass. This freed them to add more experimental sound effects and creative structures in future recordings.

As with most previous albums, the sessions for Meddle were undertaken in between Floyd’s constant touring schedule, which, between January and September 1971, included tour dates in the UK, Germany, The Netherlands, France, Italy, the USA (one festival), Austria, Japan, Australia, Switzerland, Sweden and Denmark.

The band even found time to film Pink Floyd: Live At Pompeii at the Roman amphitheatre there near Naples, before undertaking a US tour from October 15th to 20th November, then pitching straight into rehearsals and writing sessions for The Dark Side Of The Moon.

Still entitled ‘Return Of The Son Of Nothing’, ‘Echoes’ was premiered on April 22nd at Norwich Lad’s Club, England, and included on Floyd’s May 15th outdoor concert in London’s Crystal Palace, the set being enlivened by the appearance of an inflatable octopus that rose out of the water separating the stage from the audience. The song wasn’t officially christened ‘Echoes’ until the start of the 1971 Japanese tour on August 6th.

The importance of ‘Echoes’ and its successful realisation on Meddle was the band’s recognition that they were capable of building long set pieces that contained light and shade, melody and rhythm, and with space for improvisation. That understanding paved the way for the massive commercial breakthrough that was to be The Dark Side Of The Moon, although Meddle did well, relatively speaking: it charted at No. 3 in the UK, remaining in the chart for 82 weeks, while in the US it reached No. 70, charting for 15 weeks and going Gold the year after release.

The brief for the cover art was given to Storm Thorgerson over the phone from Pink Floyd in Japan, with roughs being sent backwards and forwards by airmail to the band on tour. The cover image, which was photographed by Bob Dowling, represents an ear, underwater, collecting waves of sound (represented by ripples in the water).