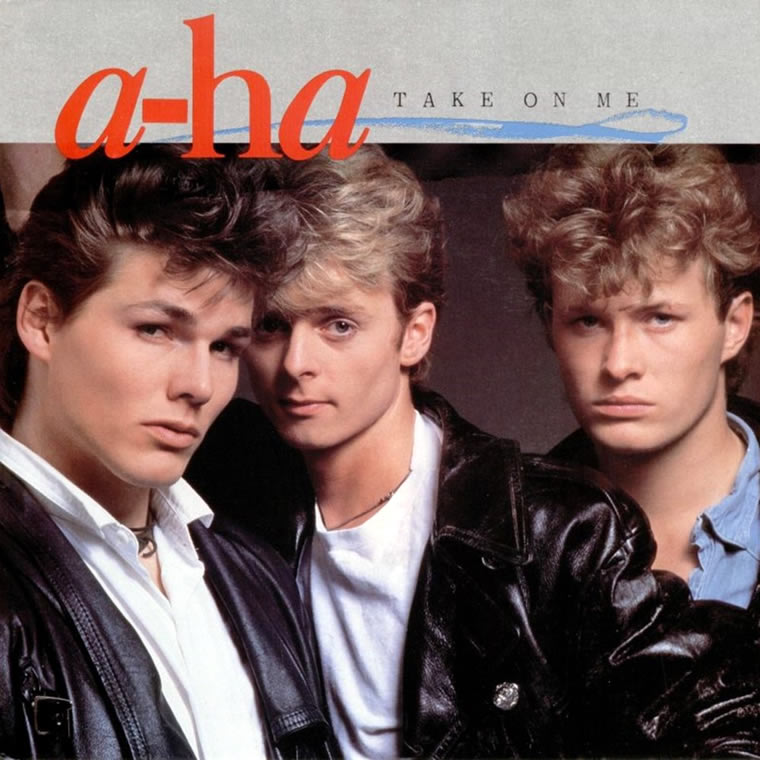 On 19th Oct 1985, A-Ha went to No.1 on the US singles chart with “Take On Me”, making them the first Norwegian group to score a US No.1. Let’s face it, coming from Norway with its population of just a few thousand (well, just a bit over four million), this was some achievement.

Wow, can you imagine being the first person from your country to score a US chart-topping No.1?

Us Brits always think we were the first Europeans to top the US charts, but we were beaten by some Italian chap called Domenico Modugno in the late ’50s with “Nel Blu Dipinto Di Blu (Volare)”. And then we had the German band leader Bert Kaempfert who gave us “Wonderland by Night”.

The first British artist to score a US No.1 single was Mr. Acker Bilk with “Stranger on the Shore” in May 1962, which always reminds me of a terrible joke: ‘Do you know Acker Bilk drowned? He was playing ‘Stranger On The Shore’ when the tide came in’. And I’ve always liked the way he was called Mr Acker Bilk. That’s what wrong with the youth of today, no respect for pop stars.

And the first UK group to top the US charts was The Tornados with “Telstar” in December, 1962. The single captured the nation’s imagination and fascination with the start of the space age; the instrumental was named after the communications satellite Telstar, which went into orbit in July, 1962. It was written and produced by Joe Meek, and featured a clavioline, a keyboard instrument with a distinctive electronic sound. Telstar won an Ivor Novello Award and is estimated to have sold at least five million copies worldwide.

Now, here’s an interesting fact: Clem Cattini, who played drums on “Telstar” went on to become well known for his work as a session musician, appearing on hundreds of recordings by artists as diverse as Engelbert Humperdinck and Lou Reed, and has featured on 44 different UK number one singles. Forty-four!

So, who else from foreign parts managed to out-sell the competition for that coveted spot? Petula Clark became the first British female to top the American chart with “Downtown” in 1964 (the song also gave future Led Zeppelin guitarist Jimmy Page a No.1 as he played on the track).

Us Europeans have thrown some good songs at the charts – from the Netherlands, Shocking Blue gave us “Venus” in 1970, remember “Hooked on a Feeling” by Swedish group Blue Swede in 1974? No, I don’t either. The Swedes followed this up with ABBA’s only US chart topper and everyone’s favourite “Dancing Queen” in 1977.

The Ozzies have scored a few. People say the Bee Gees were the first Australian act to score a US No.1, but hang on, the Gibb brothers were born on a tiny island between England and Ireland known as The Isle Of Man, before they escaped and swam down under. No, “I Am Woman” by the Melbourne born Helen Reddy was the first American chart topper by an Australian. And she was also the second with her follow-up “Delta Dawn”. And then we had Olivia Newton John, and in the ’80s the Ozzies had a bit of a rush on with Air Supply and Men At Work topping the US chart.

This was when the charts were important to us. Most people nowadays don’t know or aren’t interested in who or what is at No.1 this week, which is a shame. At one time to top the charts had huge significance. Don’t get me wrong, it still does, but you get the feeling that the magic has gone from being in that prestigious pole position, and then repeating it a few times for good measure.

Which brings me back to why I went on this chart rant.

A-Ha. The original “Take on Me” was recorded in 1984, and took three releases to chart in the United Kingdom, reaching No.2 in November, 1985. In the United States the song reached the top position of the Billboard Hot 100 in October, 1985, due in no small part to the wide exposure of its memorable and cutting-edge music video on MTV, directed by Steve Barron. The video features the band in a pencil-sketch animation called rotoscoping combined with live-action. The video won six awards, and was nominated for two others at the 1986 MTV Video Music Awards.

Maybe this was the start of it all. The Buggles were right. Video really did kill the radio star.