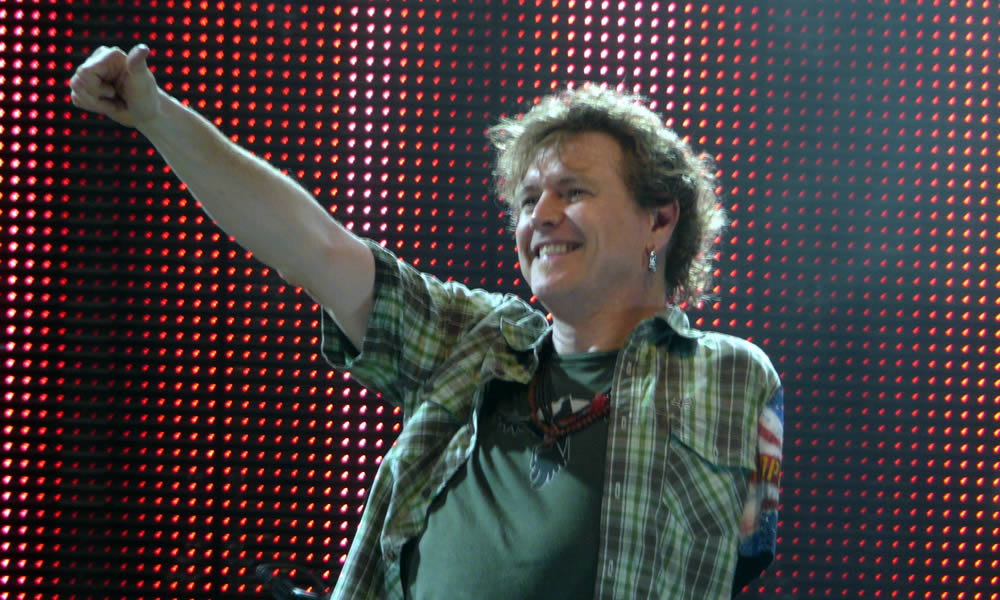 Rick Allen, was born on 1st Nov 1963. The drummer with Def Leppard who had the 1987 worldwide No.1 album Hysteria, and the 1988 US No.1 single “Love Bites,” lost his left arm in an accident after crashing his Corvette Stingray on the A57 outside Sheffield in England in 1984.

The day that changed Allen’s life forever happened on 31 December 1984 when the drummer was involved in a tragic accident. Formed in Sheffield in 1977, Def Leppard had enjoyed their best year ever. The group’s latest album Pyromania had turned Def Leppard into a household name. They were all over MTV, both UK and US audiences loved them, they were at the forefront of a new wave of heavy metal/rock groups — Def Leppard were now living the dream — they were rock stars. Def Leppard, the definitive hard rock band of the ’80s.

Rick’s idols were Led Zeppelin’s John Bonham, Thin Lizzy’s Brian Downey, and Queen’s Roger Taylor. Shortly after turning 15, Allen’s mother spotted an ad in a local newspaper for a group that was looking for a drummer. Allen had already been a member of three other groups (Smokey Blue, Rampant and the Jonny Kalendar band). The group turned out to be Def Leppard and despite all of its members being several years older than Allen, he got the gig anyway. Since he was still underage, the group would often have to lie about his age to get him into the clubs they were playing, and when they inked contracts, Allen’s father had to sign for him.

The 21-year-old was driving in his Chevrolet Corvette on the A57 (which has been named as one of most dangerous roads in the UK) on his way to a New Year’s Eve party at his family’s home in Sheffield, England, when an Alfa Romeo passed him. Allen claims that the driver had been egging him on and that he would not allow him to pass. In his rage to pass this driver, he became reckless, did not see a turn up ahead, and lost control of his car at high speed. The car sailed over a stone wall and into a field.

Rick was thrown from the car, his left arm severed because the seatbelt was not properly fastened. The car ended up upside down, with his girlfriend Miriam Barendsen secure in her seat. Luckily she was not seriously injured and found Allen in the field. They were helped by a passerby who was a nurse, and Allen was taken to a hospital. Doctors initially reattached Allen’s arm, but because of infection it was removed again.

Allen obviously thought that his drumming days were over, and became very depressed. Apparently the members of Def Leppard had other ideas and still thought that with their support Rick would remain in the group. Lead singer Joe Elliott and Allen set about working with some engineers and hatched a plan to design a drum set to assist Allen’s drumming. After all of this, he could still play some drum rhythms with one hand, using his left foot (typically for hi-hat pedals in common drum sets) to play the snare drum.

Former Status Quo drummer Jeff Rich was a source of help and encouragement during Allen’s convalescence, and they designed an electronic kit Allen could play using only one arm. Electronic drum manufacturer Simmons created a kit to their specifications, and Allen made his post-accident debut in 1986 with a well-received set at the Monsters of Rock festival at Castle Donington. In August 1987, the band released their fourth album, Hysteria, which, after a relatively slow start in the U.S., ultimately became another huge success, selling over 20 million copies worldwide.

Understandably, Allen’s accident changed his outlook on life forever. To see the drummer come back from this terrible accident is amazing; to still be the drummer in one of the most successful bands ever is also amazing.

Allen and his wife Lauren Monroe are the co-founders of The Raven Drum Foundation, a charity located in Malibu, California, with a mission to serve, educate, and empower veterans and people in crisis. The Raven Drum Foundation commonly works to help individuals and communities in crisis through healing arts programs, drum circle events, and collaborative partnerships. Recently, they have had a special focus on veterans of war through their “Veteran Resiliency Project” including support for the Wounded Warrior Project. Rick and Lauren also host “Resiliency Radio”, an interactive radio show intended to help empower, educate, and inspire during difficult times.

Important Dates In The Life Of Def Leppard: