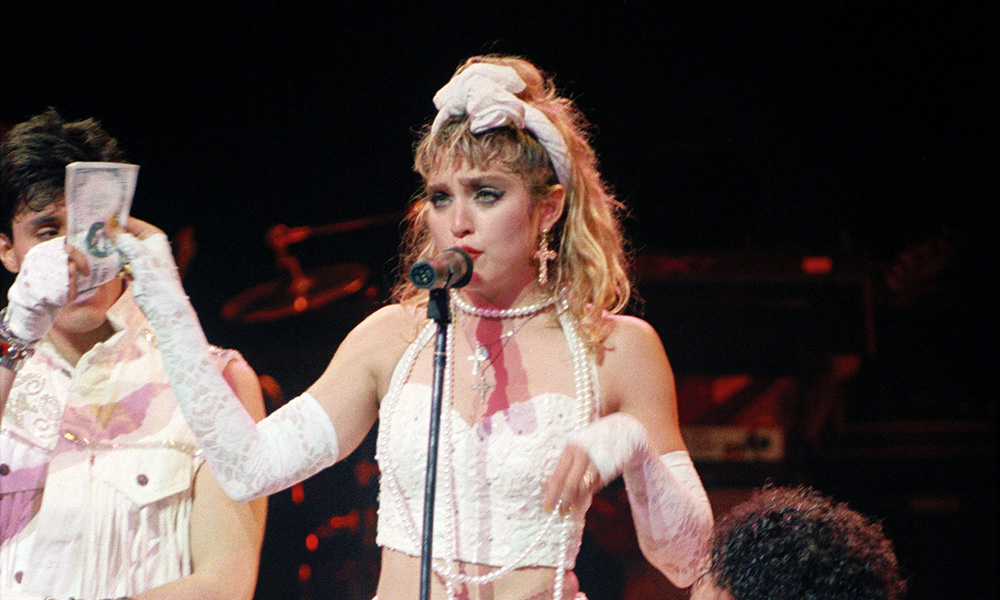 Madonna Scores Her First No.1 with ‘Like a Virgin’

On this day in music, December 22, 1984, Madonna scored her first No.1 hit in the US with “Like A Virgin.” Produced by Nile Rogers (co-founder of the disco group, Chic), the song held the top spot for six weeks and became a global phenomenon, landing at No.1 in Canada and Australia and peaking in the Top Five across Europe. “Like a Virgin” also served as the title track and first single from Madonna’s sophomore album, though Rodgers (who produced nearly every song on the LP) pushed for “Material Girl” to lead the record. The song would become a signature hit for Madge and a cultural touchstone of the 80s.

In 1973, Elton John began a two-week run at the top of the UK album chart with Goodbye Yellow Brick Road. The LP became a sensation, thanks to such enduring hits as “Candle In The Wind,” “Bennie and the Jets,” and the title track.

In 2002, singer, songwriter, guitarist, and co-founder of The Clash, Joe Strummer, died at the age of 50. With the innovative political punk-rock band, Strummer released a variety of highly-influential titles, including 1979’s London Calling and 1982’s Combat Rock.

In 2014, Joe Cocker died at the age of 70. Ranked as one of the greatest singers of all time by the likes of MOJO and Rolling Stone, the British artist was beloved for his gritty vocals and expressive performances.

In 1967, Pink Floyd played their last major show with Syd Barrett at The Olympia in London. The star-studded event, dubbed Christmas on Earth Continued, also featured performances by The Jimi Hendrix Experience, The Who, Eric Burdon and The Animals, and Soft Machine, among others.

In 1972, nine-year-old Little Jimmy Osmond became the youngest person to have a No.1 hit in the UK with his single, “Long Haired Lover From Liverpool.”

In 2010, North London’s Abbey Road zebra crossing (made famous by its appearance on the Beatles’ Abbey Road LP cover) was officially recognized for its “cultural and historical importance” and given Grade II status by the UK government.

Looking for more things that happened on this day in music?
Keep scrolling for all of the headlines for December 22.

Looking for more artists born on this day?
Keep scrolling for all of our December 22 birthdays.