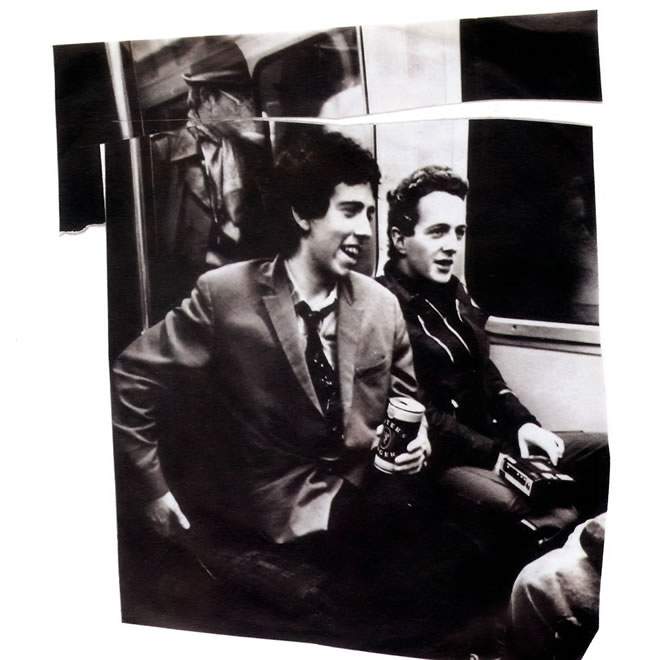 The occasional lapse into white-boy reggae aside, The Clash’s masterpiece was all the better for the fact that it transcended punk. Ska, rockabilly and jazz all sat effortlessly alongside the prescribed three chords on this double album, and if that sounds pretentious on paper, then it sounded irrepressible on vinyl. Worth it for the title track alone, London Calling is studded with gems throughout.

The third studio album by The Clash was released in the United Kingdom on 14 December 1979 through CBS Records, and in the United States in January 1980 through Epic Records. The album represented a change in The Clash’s musical style, featuring elements of ska, funk, pop, soul, jazz, rockabilly, and reggae, more prominently than in their previous two albums.

The album’s subject matter included social displacement, unemployment, racial conflict, drug use, and the responsibilities of adulthood, its lead single London Calling was a top 20 single and the album has now sold over five million copies worldwide.

After recording their second studio album Give ‘Em Enough Rope (1978), the band separated from their manager Bernard Rhodes. This separation meant that the group had to leave their rehearsal studio in Camden Town and find another location to compose their music. Drawing inspiration from rockabilly, ska, reggae and jazz, the band began work on the album during the summer of 1979. Tour manager Johnny Green had found the group a new place to rehearse called Vanilla Studios, which was located in the back of a garage in Pimlico. The band quickly wrote and recorded demos, with Mick Jones composing and arranging much of the music and Joe Strummer writing the lyrics.

In August 1979, the band entered Wessex Studios to begin recording London Calling. The Clash asked Guy Stevens to produce the album, much to the dismay of CBS Records, due to his notorious working methods: while recording he would often swing ladders and throw chairs around the group to create an emotional atmosphere. The Clash got along well with Stevens, especially bassist Paul Simonon, who found his work to be very helpful and productive to his playing and their recording as a band. The entire album was recorded within a matter of weeks, with many songs recorded in one or two takes.

The album’s front cover, designed by Ray Lowry, was a homage to the design of Elvis Presley’s self-titled debut album. Taken at The Palladium in New York City on 21 September 1979 during the Clash Take The Fifth US tour, the photograph of Simonon smashing his Fender Precision Bass against the stage was shot by Pennie Smith, who originally did not want the photograph to be used. She thought that it was too out of focus, but Strummer and designer Lowry thought differently.

The cover artwork for London Calling was among the ten chosen by the Royal Mail in the UK, for a set of ‘Classic Album Cover’ postage stamps issued in January 2010.

Joe Strummer died suddenly on 22 December 2002 in his home at Broomfield in Somerset, the victim of an undiagnosed congenital heart defect. Strummer’s musical experience included stints with the 101ers, Latino Rockabilly War, the Mescaleros, and the Pogues, in addition to his own solo music career. His work as a musician allowed him to explore other interests, including acting, creating film scores for television and movies, songwriting, radio broadcasting, and a position as a radio host on a BBC show titled “London Calling”.

We have a book. This Day In Music’s Guide To The Clash the ultimate companion to the band appraises and examines not only the studio output, but examines how they broke America, the many tours and interviews, and sheds light on how they fell apart at the height of success.