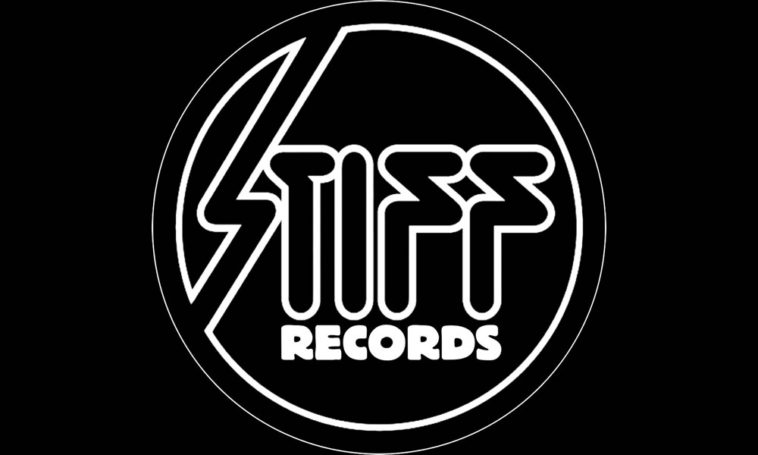 On 10th Oct 1978, the second Stiff Records UK package tour ‘Be Stiff ‘78’, kicked off its two-week run, featuring Wreckless Eric, Jona Lewie, Rachel Sweet, Lene Lovich and Mickey Jupp. The second UK tour was undertaken by specially chartered train, and then continued on to the USA, without Jupp, who was afraid of flying.

The tour was designed to build on the excitement of the 1977 Stiff promotional tour that had featured Nick Lowe, Ian Dury, Elvis Costello, Wreckless Eric and Larry Wallis and His Psychedelic Rowdies, and successfully put Stiff Records on the map.

Stiff Records was the last great independent record label that once billed itself as “The World’s Most Flexible Record Label”. To the punter, Stiff were a funny, wacky bunch of artists and bosses who gave the impression of not giving a …… They had killer slogans like “When You Kill Time, You Murder Success” and “We came. We saw. We left”.

They were right in the middle of the British new wave / punk movement, boasting an oddball collection of acts. They did daft things, their marketing ads made you laugh, and you bought the records because, well, because you wanted to be part of the madness. Sadly, we don’t have anyone like Stiff any more.

Dave Robinson and Jake Riviera were well-known London music business characters. Robinson had briefly worked for Jimi Hendrix in the late 1960s and had also managed the now legendary pub rock combo Brinsley Schwarz. By 1976 he was running a studio above London’s Hope & Anchor pub ad was looking to get some of his recordings released without having to deal with the corpulent major labels. Jake had managed pub/country band Chilli Willi & The Red Hot Peppers and tour managed the excellent Dr. Feelgood. In fact the label was started with a loan of £400 from Lee Brilleaux, the singer of Dr. Feelgood, although according to Robinson, the cheque never needed to be cashed, because they were able to start selling singles from their first release.

Stiff found quick success with “So It Goes” by Nick Lowe, (with the catalogue number BUY 1), which also lent its name to Granada TV’s rock show, hosted by Tony Wilson, later to co-found Factory. You see, these guys didn’t miss a trick! Around the same time, Stiff also released what is generally accepted as the UK’s first punk single, “New Rose” by The Damned.

The Be Stiff tour featured a revue of Stiff artists and travelled around where possible by train – in reality a modern version of the Motown or Stax revues which toured the US, promoting their label’s rosters, with a common work and musical ethic.

In ’78 Stiff Records were “the” label of the moment having the year before released the classic Damned debut album “Damned Damned Damned”.

Stiff also signed and released plenty of ‘stiffs’ (ie flops), but who cares, they were having a go. A few to mention were The Yachts, (sank without trace), Any Trouble, (didn’t cause any), Plummet Airlines,(never took off), The Feelies, (nobody felt them), and comedy rock band, Alberto y Lost Trios Paranoias, (who were very good). But they also sold a million copies of ‘Hit Me With Your Rhythm Stick’ by Ian Dury, signed Madness under the noses of all the majors, launched Devo in the UK, discovered Kirsty MacColl, had a Top 5 hit with Lene Lovich, and invented music videos with their groundbreaking clips for Madness.

Later in life I was lucky enough to spend a day with Dave Robinson, through a friend of mine. This was in London in 1996. Dave had a new label and was releasing a single by some group (who I can’t remember the name of), but who ever they were, they had recorded a stonking version of the old Trammps soul classic “Disco Inferno”. And, fair play to Robinson, it sounded great. I know this because during the day, we were transported around London in Dave’s stretch Mercedes Benz that he had somehow purchased from a former official at the British Embassy. It was a luxury motor when new, but now, at 20 years old, was in need of a little TLC. Anyway, Dave was so proud of his forthcoming hit single he wanted everyone and anyone to sample its delights. He did this by playing it (on cassette) at full volume on the limo’s stereo with all windows down, and both sunroofs open, (I told you this was a stretch limo). As we pulled up at traffic lights Dave would look round for the expression on the drivers face who was next to us shouting – what do you think, do you like it? The response of course was always a frightened thumbs up and a quick get-away.

The single was later released and yes, you guessed, was a complete stiff. But it didn’t matter, it was probably someone else’s money, and everyone involved had a great time.