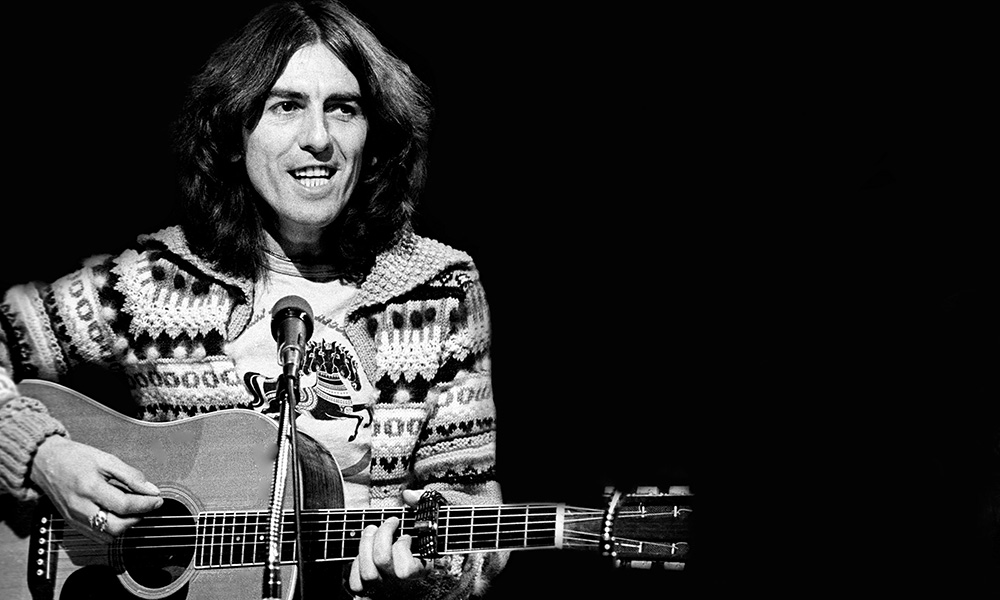 George Harrison Becomes the First Beatles Alum to Score a No.1 Hit

On this day in music, December 26, 1970, George Harrison began a four-week run at the top of the Billboard Hot 100 with “My Sweet Lord,” making him the first Beatle to score a No.1 hit as a solo artist in the US. The tender ballad, which appeared on Harrison’s broadly acclaimed album, All Things Must Pass, gave the “Quiet Beatle” similar bragging rights in the UK, where it topped the charts for five weeks and became the biggest-selling single of 1971.

In 1999, soul star Curtis Mayfield died at the age of 57. After rising to fame as a member of The Impressions, Mayfield embarked on a highly successful solo career, highlighted by his most celebrated release, the 1972 soundtrack for Super Fly. A double inductee into the Rock and Roll Hall of Fame, Mayfield won a Grammy Legend Award in 1994 and a Grammy Lifetime Achievement Award in 1995.

In 1976, The Sex Pistols recorded “God Save The Queen” at Wessex Studios in London. The controversial song, which was released during Queen Elizabeth II’s 1977 Silver Jubilee, flew to No.2 on the UK pop chart.

In 2007, Amy Winehouse’s Back to Black was named the biggest-selling album of the year in the UK. Today, it remains one of the territory’s best-selling albums of all time.

In 1967, BBC1 celebrated Boxing Day by airing The Beatles’ Magical Mystery Tour in black and white. Less than two weeks later, the film aired in color on BBC2. While the soundtrack was well-received, the film fared decidedly less well with the public and the press.

In 1979, the first in a series of benefit concerts was held at London’s Hammersmith Odeon for the People of Kampuchea (Cambodia). Queen, The Clash, The Pretenders, The Who, Elvis Costello, and Wings were among the start-studded acts who performed.

In 1981, AC/DC began a three-week run at the top of the Billboard 200 with their seminal album, For Those About To Rock We Salute You.

Looking for more things that happened on this day in music?
Keep scrolling for all of the headlines for December 26.

Looking for more artists born on this day?
Keep scrolling for all of our December 26 birthdays.