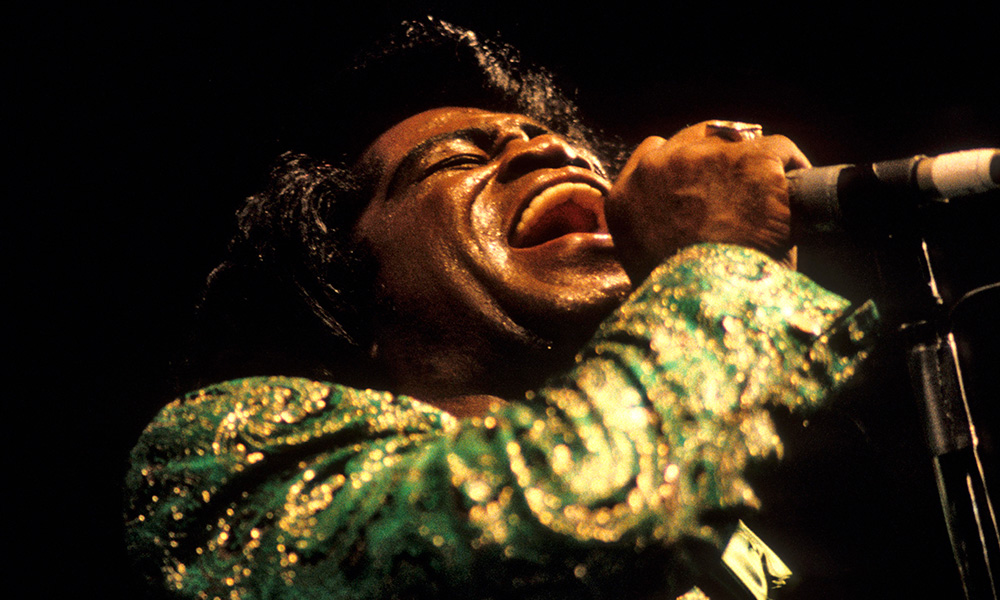 On 19th July 1989, James Brown changed accommodations behind bars after $40,000 in cash and cheques was discovered in his minimum-security cell. The former ‘Soul Brother Number One’ was at the time known as inmate number 155413 in his new home at the Stevenson Correctional Institute.

During May 1988, Brown was arrested for the fifth time in 12 months, following a car chase near his home. He was charged with assault, resisting arrest and being in charge of illegal weapons, and was given a 6-year jail sentence.

Brown’s rags-to-riches-to-rags story has both heroic and tragic dimensions. Born in a one-room shack in the backwoods of South Carolina, by the age of seven he was boarding at a brothel in Augusta, Georgia. He ran into the wrong side of the law at the age of 16 on an armed robbery conviction and served 3 years in prison.

He eventually served only three years and a day and on his release joined a gospel group. While pursuing a promising but ultimately abortive career as a semi-professional boxer, he rose to become the leader of the James Brown Revue.

Audiences were delighted and outraged by the group’s tight R&B sound, fronted by the charismatic Brown, whose stage antics caused him to shed up to seven pounds a night.

As a successful performer, Brown became both a brilliant bandleader and a stern taskmaster, demanding extreme discipline from his musicians and dancers, and had the practice of assessing fines on members of his band who broke his rules, such as wearing unshined shoes, dancing out of sync or showing up late on stage.

As his career slowed down in the mid ’70s and 80’s Brown’s financial empire ran into problems with the US tax man. His son Teddy died in a car accident, which led to a breakdown in Brown’s personal life – resulting in a well-publicised incident in which he was accused by his wife of assault and battery. After a year skirting hazy legal and personal troubles, he allegedly threatened some people with a handgun, then led the police on an interstate car chase, leading to his 1988 incarceration.

In 2003, the Soul singer was pardoned for his past crimes in the U.S. state of South Carolina. Appearing before the board of correction, he sang “God Bless America” after the decision.

Soul Brother Number One was back and “Living in America” – a testament to the American Dream. He kept on working throughout the 90s, and was known for never calling in sick, but in 2006 it caught up with him. On December 25 of that year James Brown died from congestive heart failure resulting from complications of pneumonia. But although the Hardest-working Man In Showbiz has clocked off, the legend lives on.