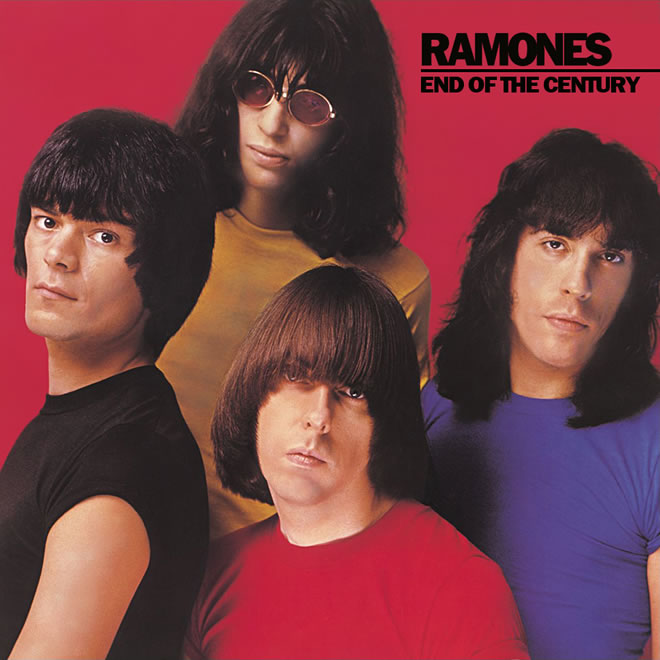 The Ramones played before an audience for the first time in March 1974. Playing fast and loud, most songs in the set clocked in at under two minutes, and a full live set would be under 20 minutes. Around this time, a new music scene was emerging in New York, centered around two clubs in downtown Manhattan: Max’s Kansas City and, more famously, CBGBs. The Ramones made their CBGB debut a few months later in August. Legs McNeil, who co-founded Punk magazine, later described the impact of that performance: ‘They were all wearing these black leather jackets. And they counted off this song…and it was just this wall of noise… They looked so striking. These guys were not hippies. This was something completely new.’ 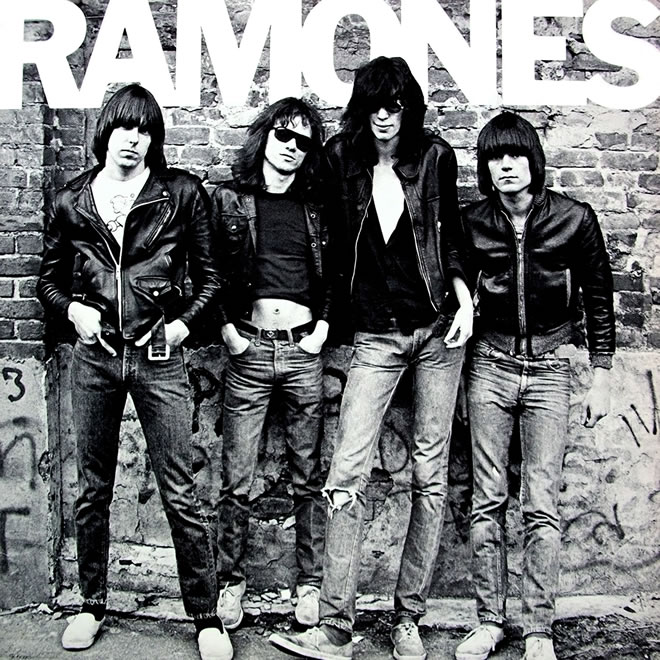 In the UK, BBC DJ John Peel made his weekly trip to the Virgin record store at Marble Arch in search of new releases. After the store manager, Tim Clark handed him the Ramones LP, Peel threw out the running order for that evening’s show and played six tracks from the album. The inexorable rise of punk was now in place on both sides of the Atlantic.

Dee Dee Ramone was the group’s primary songwriter, penning songs such as ‘Rockaway Beach’, ’53rd & 3rd’, and ‘Poison Heart’ for one of the most treasured and loved groups to emerge from the new wave – punk era. Everybody loved The Ramones.

On 5th June 2002, Dee Dee Ramone (Douglas Glenn Colvin), bass guitarist with the group died, aged 49, at his Hollywood, California apartment of a heroin overdose. Dee Dee was initially the band’s lead vocalist, though his (then) inability to sing and play bass at the same time resulted in original drummer Joey Ramone taking over the lead vocalist duties.

Born Douglas Glenn Colvin in Fort Lee, Virginia, he was the son of an American soldier and a German woman. As an infant, his family relocated to Berlin, Germany, due to his father’s military service. His parents separated during his early teens, and he remained in Berlin until the age of 15, when he, along with his mother and sister Beverley, moved to the Forest Hills section of New York City’s borough of Queens, in order to escape Dee Dee’s alcoholic father.

There he met John Cummings and Thomas Erdelyi (later dubbed Johnny and Tommy “Ramone”), who were then playing in a band called The Tangerine Puppets, named after a Donovan song.

The three were joined by drummer Jeffrey Hyman in 1974 and The Ramones were born.

Jeffrey became Joey Ramone, taking over vocal duties after Dee Dee decided that it weas too hard on his voice to sing lead vocals for more than a few songs. It was Dee Dee who first suggested naming the band the Ramones, after reading that Beatle Paul McCartney often signed into hotels under the alias “Paul Ramon”. He added an ‘e’ to the end of that surname and the band members all agreed to adopt the surname “Ramone” as a means of conveying their unity.

Dee Dee struggled with drug addiction for much of his life, particularly heroin. He began using drugs as a teenager, and continued to use them for the majority of his adult life. Appearing to clean up his act in the early 1990s, he resumed his heroin use some time later.

On the evening of June 5, 2002, he was found dead by his wife Barbara at his Hollywood, California apartment; an autopsy established heroin overdose as the official cause of death. He had been booked to play a show at the Ventura Theatre, which ended up being a memorial show in his honor.

Dee Dee Ramone is buried at the Hollywood Forever Cemetery in Hollywood, California, not far from the cenotaph of his former Ramones’ bandmate, Johnny Ramone. His head stone features the Ramones seal with the line “I feel so safe flying on a ray on the highest trails above” taken from his song, “Highest Trails Above”, from the Ramones’ Subterranean Jungle album. At the stone’s base is the line “O.K…I gotta go now.”