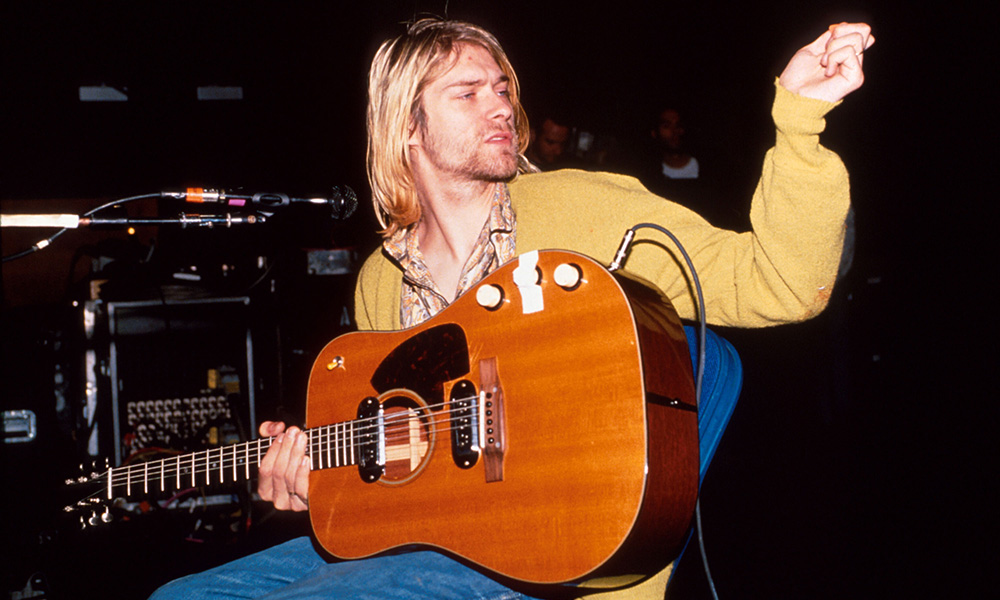 On this day in music, December 24, 1988, Nirvana began recording their critically-acclaimed debut album, Bleach. After signing to Sub Pop and releasing their first single (a cover of Shocking Blue’s “Love Buzz”) in November, the band entered Seattle’s Reciprocal Recording with producer Jack Endino. In addition to “Love Buzz,” the album featured the single “Blew,” as well as “About a Girl” (a live version of which later became a hit, following frontman Kurt Cobain’s death). Bleach also marks Nirvana’s only album to feature drummers Chad Channing and Dale Crover (of the Melvins). While the album, which cost $600 to record, did not have initial commercial success, it has since been certified Platinum in the US.

In 1994, Pearl Jam topped the US album chart with Vitalogy. Initially released only on vinyl, the LP sold 34,000 copies in its first week (it was issued two weeks later in other formats).

In 1977, The Bee Gees began a three-week run at the top of the Billboard Hot 100 with “How Deep Is Your Love.” The ballad, which marked the group’s fourth US No.1, remained in the Top Ten for 17 weeks, giving it the longest chart run in history at the time. In the UK, the song was a No.3 hit.

In 1965, with Rubber Soul, The Beatles had the No.1 album for the third Christmas in a row.

In 1988, glam metal superstars Poison began a three-week run at the top of the Billboard Hot 100 with “Every Rose Has Its Thorn.” It was the band’s only chart-topper in the US.

In 1976, The Eagles’ sixth album, Hotel California, spent the first of eight non-consecutive weeks at the top of the Billboard 200.

Looking for more things that happened on this day in music?
Keep scrolling for all of the headlines for December 24.

Looking for more artists born on this day?
Keep scrolling for all of our December 24 birthdays.