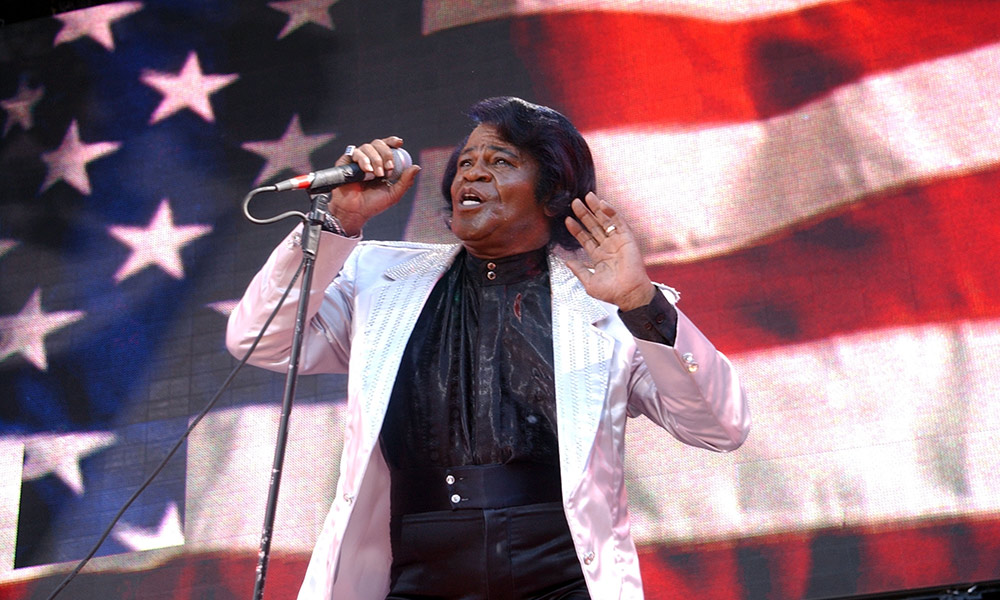 On this day in music, December 25, 2006, pioneering funk and soul artist, James Brown, died in Atlanta. Thanks to his electric performances and string of enduring hits – including “Papa’s Got a Brand New Bag,” “I Got You (I Feel Good),” and “Get on Up” – the singer, songwriter, and dancer earned a number of nicknames during his illustrious career, including the “Hardest Working Man in Show Business,” the “Godfather of Soul,” “Mr. Dynamite,” and “Soul Brother No.1.” Brown, who scored 17 No.1 hits on the R&B chart during his 60-year career, was also among the first ten inductees into the Rock and Roll Hall of Fame, during its inaugural ceremony in 1986.

In 1977, The Sex Pistols played their final UK concert (until 1996) at Ivanhoe’s in Huddersfield, England. The following month, after a short, legendarily bad tour in the US, the band broke up. In true punk fashion, they did so after their largest show ever, at San Francisco’s famed Winterland Ballroom.

In 1982, the unlikely duo of David Bowie and Bing Crosby had a No.3 hit in the UK with “Peace On Earth – Little Drummer Boy.” The song’s festive music video features the two icons singing at a piano.

In 1995, legendary entertainer and “Rat Pack” member, Dean Martin, died at the age of 78. After rising to fame in the mid-40s as one-half of the comedy duo Martin and Lewis (alongside Jerry Lewis), Martin soon became a wildly popular artist in his own right, finding great success as a singer, actor, and TV host.

In 2016, the pop world was stunned to learn of George Michael’s death at the age of 53. The British icon remains one of the best-selling musicians of all time, with sales of over 120 million records worldwide. Michael first rose to fame as a member of Wham!

In 2014, Ed Sheeran topped the UK album chart with x. The singer-songwriter’s second studio album was an international hit, peaking at No.1 in 15 countries, including the United States.

In 2008, actress and singer Eartha Kitt died at the age of 81. Known for her sultry and distinctive vocals, the “Santa Baby” singer scored multiple hits throughout her lengthy career, including six US Top 30 songs in the early 1950s.

In 1968, Led Zeppelin arrived in the United States ahead of their first North American tour.

Looking for more things that happened on this day in music?
Keep scrolling for all of the headlines for December 25.

Looking for more artists born on this day?
Keep scrolling for all of our December 25 birthdays.