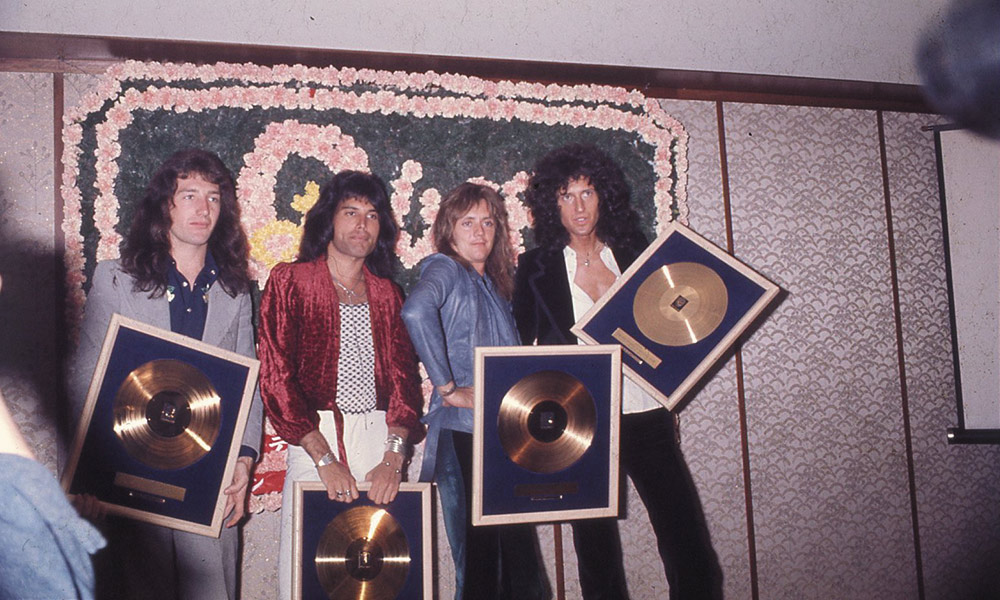 Queen Score Their First No.1 Album With ‘A Night at the Opera’

On this day in music, December 27, 1975, Queen scored their first No.1 album in the UK with A Night At The Opera. Produced by Roy Thomas Baker and Queen, the band’s fourth LP was rumored to be the most expensive album ever recorded at the time, thanks to months of sessions at studios across England. The band recouped the costs, however, as the album flew up the charts across the globe, landing in the Top Five in multiple territories, including Australia, Canada, and the US, where it was certified Platinum. A Night at the Opera also featured Queen’s first No.1 UK hit, “Bohemian Rhapsody,” an enduring song of epic proportions.

In 1969, Led Zeppelin’s Led Zeppelin II went to No.1 in the US. Certified 12x Platinum by the RIAA, the album is widely considered to be one of the most influential in modern rock music.

In 1975, the Rod Stewart-led Faces officially split up. Faces, and the band’s original incarnation, Small Faces, were jointly inducted into the Rock and Roll Hall of Fame in 2012.

In 2008, Taylor Swift began a seven-week run at the top of the Billboard 200 with Fearless. The album included three Top Ten singles: “Love Story,” “You Belong with Me,” and “Fearless.”

In 1980, John Lennon and Yoko Ono’s Double Fantasy began an eight-week run at the top of the US chart. The album was the final studio recording released by Lennon during his lifetime.

In 1978, singer, songwriter, and founding member of Big Star, Chris Bell, died at the age of 27, following a car accident. Bell’s work in Big Star would go on to influence many of the alt-rock musicians of the 80s and 90s.

In 1997, The Spice Girls scored their second consecutive Christmas No.1 single in the UK with “Too Much.”

In 1986, two years after his death, R&B star Jackie Wilson scored the UK’s Christmas No.1 hit with “Reet Petite.” The 1957 song surged thanks to its use in a Levi’s commercial.

Looking for more things that happened on this day in music?
Keep scrolling for all of the headlines for December 27.

Looking for more artists born on this day?
Keep scrolling for all of our December 27 birthdays.