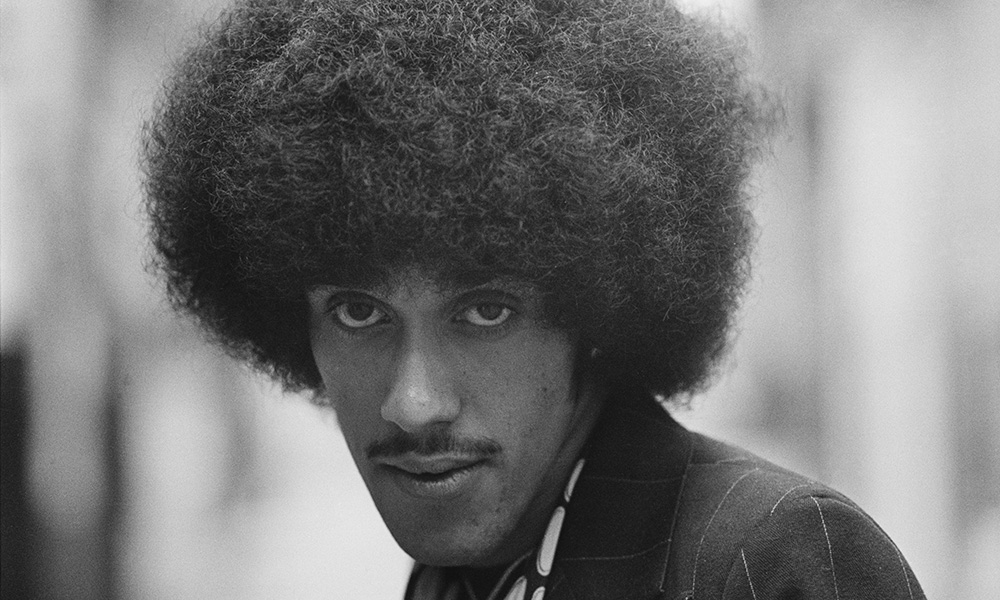 Irish singer, songwriter, and bassist Phil Lynott of Thin Lizzy died of heart failure and pneumonia on 4th January 1986 after being in a coma for eight days following a drug overdose.

Lynott’s last few years had been dogged by drink and drug dependency, leading to his collapse at home on Christmas Day in 1985. The singer’s estranged wife Caroline, the daughter of TV celebrity Leslie Crowther, had rushed to help him, driving over 100 miles from her house in Bath to his mansion in Kew. Caroline drove him to a specialist drugs clinic where doctors recommended that he should be admitted to Salisbury Infirmary, where he was diagnosed as suffering from septicemia. He later died of pneumonia and multiple organ failures due to sepsis in the hospital’s intensive care unit at the age of 36.

Lynott had something unique, an alien mystique; he was different. With his big Afro and stylish swagger, the tall black Irishman dressed in what sometimes looked like Jimi Hendrix’s cast-offs. He was almost impossibly cool.

He was born in Birmingham, England on August 20, 1949, to a Brazilian father and Irish mother. His father, Parris, left when Phil was three weeks old, leaving his mother to raise a black baby in Catholic Ireland in the ’50s. His mother later moved to Manchester (where she ran a small hotel), leaving Phil with his grandmother.

In the mid-’60s, Phil started writing songs and playing in bands in and around the Dublin area. His first band was the Black Eagles, which he left to join Kama Sutra, and then Skid Row. He formed Thin Lizzy with friends Brian Downey and Eric Bell in 1969, which quickly became recognised as one of the top Irish bands.  They were spotted by Decca Records during a gig and offered a record deal.

Lizzy first found fame in the 1970s with their breakthrough folk-rock hit, “Whiskey In The Jar,” their version of the traditional Irish song. With Lynott’s broad Dublin brogue, they stood out from everything else in the charts. The band were booked to tour the UK supporting Slade and their label Decca needed a song out for radio, so released the track against the band’s wishes. But it gave them their first hit peaking at #6 on the UK charts.

Lizzy are remembered for other hits like “The Boys Are Back in Town” (released in 1976), “Don’t Believe A Word,” and “Dancing in the Moonlight.” The band underwent a series of changes in 1974 when the arrival of guitarists Brian Robertson and Scott Gorham stabilized the lineup as the band entered their most productive phase with the top-selling album Jailbreak in 1976. Thin Lizzy made their mark as one of the best live acts ever; their 1978 live album Live and Dangerous was voted as the best live rock album of all time by Classic Rock magazine in 2004.

I don’t know why, but Lynott hasn’t quite attained the status of other fallen idols, such as Jimi Hendrix, Jim Morrison, and Kurt Cobain. Maybe he was never that famous or taken that seriously, which is a shame as Phil was a true original with an amazing gift as a singer, songwriter, and performer.

Important Dates In The Life Of Thin Lizzy: