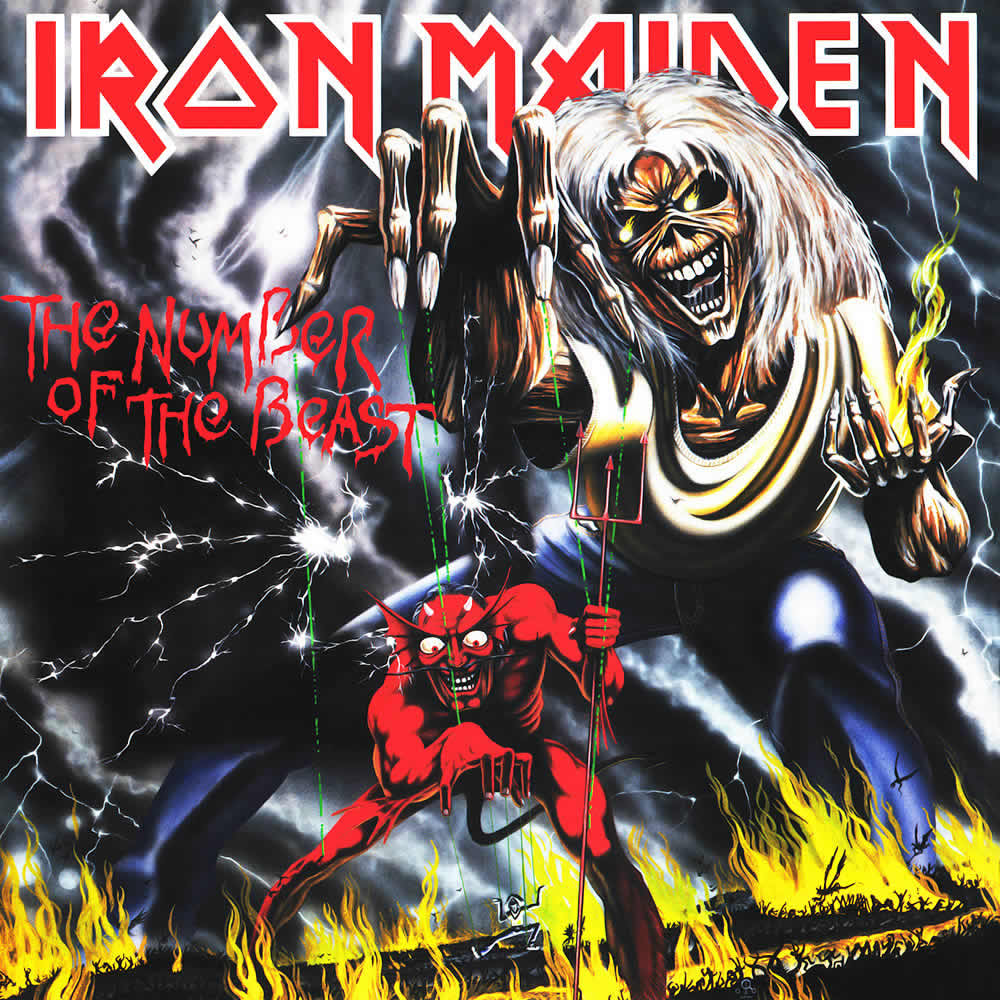 “You know when astrologers talk about a planetary line-up?” Iron Maiden’s singer Bruce Dickinson once mused. “Like, ‘this conjunction only happens once in a blue moon’, sort of thing? What you have with Number Of The Beast is the musical equivalent.”

The metaphor was an extravagant one, but Bruce was absolutely right. Released in 1982, Maiden’s third album marked the moment when all the pieces fell into place for them.

Prior to the recording of The Number Of The Beast, Iron Maiden were a band in transition. Volatile frontman Paul Di’Anno, having contributed his sand-blast voice to their first two albums, had walked out after 1981’s Killer World Tour, leaving the band with less friction but a big pair of shoes to fill. Di’Anno wasn’t the ideal metal singer – his stage presence owed more to the snarl and spittle of punk – but he was a vital ingredient in the band’s growing success. Now, Steve Harris (bass), Dave Murray (guitar), Adrian Smith (guitar) and Clive Burr (drums) faced the challenge of consolidating their foothold with an unproven frontman.

What happened next was pure Roy Of The Rovers. Watching Maiden from the pit on their tours – and thinking he could do a rather better job of fronting them – was Bruce Dickinson, at that point the singer with Samson. Word got around of Dickinson’s talent and aspirations, and it wasn’t long before Maiden’s manager tracked him down and convinced him to jump ship.

For the recording of …Beast, the new line- up was consolidated by the return of Martin Birch, the producer who had given Killers its muscle, and whose past clients included Deep Purple and Black Sabbath. With little more than a desire to make a record that would maintain their career trajectory, Maiden began work at Battery Studios. By the time they had finished, they had recorded the most important metal album of the decade.

The Number Of The Beast was anything but a lobotomised metal juggernaut. Thanks in part to Dickinson – who, alongside his abilities as a vocalist, was into military history, fencing and literature – the new album combined aggression with lyrical imagination and an awareness of culture: the title track was based on Tam O’ Shanter, a Robert Burns poem Harris had read while at school; The Prisoner was inspired by the 60s cult TV series of the same name (the band’s manager, Rod Smallwood, had to seek permission from the show’s producer/main actor, Patrick McGoohan, to sample the dialogue); the reflective Children Of The Damned combined lyrics inspired by the classic horror film with bassist Steve Harris’s love of prog-rock time signatures. The album was, in short, a melting pot.

With a degree of inevitability, however, the kaleidoscope of subjects covered on the record were ignored in the rush to condemn the album as a youth-corrupting work of Satanism. Some people burned the record in mass funeral pyres. Others battered copies to pieces with hammers. As the band toured the US to support the new album, venues were surrounded by protesters dragging crosses and handing out leaflets. “Americans do tend to be over-the-top-about things like that,” Harris notes.

Fortunately, the hand-wringing of the minority could not change the fact that Maiden had found their audience. With no airplay and little marketing, The Number Of The Beast hit No.1 in the UK and earned a gold disc in the US, setting the band up for the lofty position they occupy to this day.

We have a book! This Day In Music’s Guide To Iron Maiden The book draws on over 70 exclusive interviews with key characters in that incredible history, all telling their stories first-hand. Interviewees include legendary singers Blaze Bayley, Paul Di’Anno and Dennis Willcock plus thirteen other ex-members of Iron Maiden. 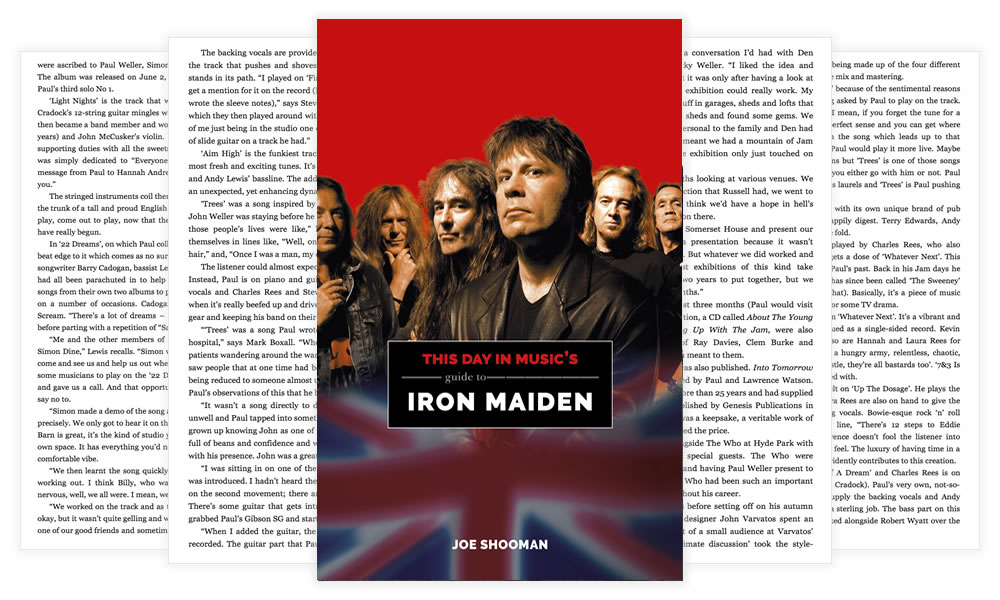