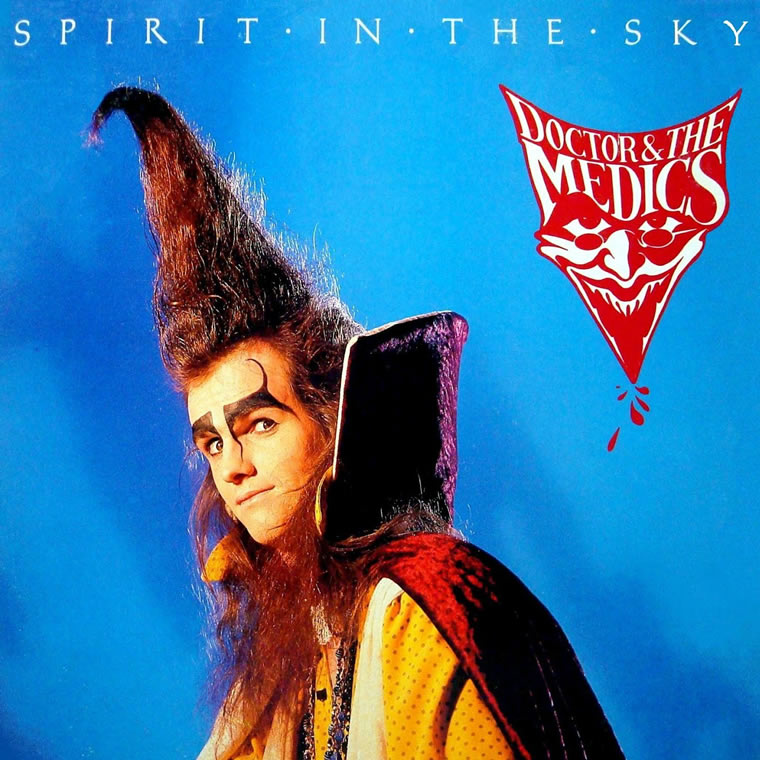 On the 6 October 1959, Jerry Keller was at No.1 on the UK singles chart with “Here Comes Summer” and became one of the first one-hit wonders, Keller later went on to be a vocalist for television jingles throughout the 1970s and 1980s.

They say every living person on the planet is here for a reason — and if your reason just happens to be adding your name to that much-discussed list of one-hit wonders, then so be it. I just had a look on Wikipedia and have to say their description is a little harsh: “A one-hit wonder is a person or act known mainly for only a single success.” Well, I can think of worse ways to earn a living.

And like everything in life, some one-hit wonders are better than others. In this modern age, we don’t even notice one-hit wonders; we don’t really pay close attention to the charts anymore. What’s at No.1 this week? Anybody know?

Anyway, here are a few examples, and let’s start with Jerry Keller. “Here Comes Summer” is not a bad song; in fact, for the time a good song. Jerry did okay; he also co-wrote “A Man and a Woman”, which was recorded by Ella Fitzgerald, Engelbert Humperdinck, Johnny Mathis, and José Feliciano, so he must have made a few bob there. Jerry also became a much sought after session singer for television jingles throughout the 1970s and 1980s.

Let’s leap into the ’70s for a bit of “Kung Fu Fighting”. Carl Douglas released the single in 1974, at the cusp of a chopsocky film craze, and topped both the British and American charts, winning the 1974 Grammy Award for Best Selling Single. The song was originally meant to be a B-side to a song called “I Want to Give You My Everything”. Douglas recorded “Kung Fu” in the last ten minutes of a three-hour recording session — in only two takes. It eventually went on to sell 11 million records worldwide. Now that’s what I call a good day’s work.

I think we have a trend developing here. You’ve noticed most of these tunes are incredibly annoying. And this one’s going to stick in your head:

“Mickey” was a 1982 smash for choreographer Toni Basil. Basil had changed her name from Kitty to Mickey (because she was fond of The Monkees’ lead singer Mickey Dolenz after meeting him on the set of their movie Head as a choreographer), and gave herself a place in the list of one-hit wonders.

Gabriele Susanne Kerner is a German singer and actress who rose to international fame in 1983 with the song “99 Luftballons”, re-recorded in English as “99 Red Balloons”.

Better known by her stage name Nena, she was a very attractive young lady who would perform the song surrounded by a stage full of … balloons. This is a good song! I always liked the ending when it slows down. Nena became a huge star in Europe, releasing solo albums and has hosted several TV shows.

Maybe the most recent one-hit wonder is “Macarena,” the Spanish dance song which uses a type of cave rhythm sung by Los del Rio about a woman of the same name. It was ranked the “#1 Greatest One-Hit Wonder of all Time” by VH1 in 2002. It’s one of those songs that sticks in your head all day — so I’m sorry if you’ve just sung it out loud, this will stay with you until you go to bed.

Okay, quiz question: Which famous singer wrote The Simpsons’ “Do the Bartman”?

This megastar, who was a huge fan of the show, had called the producers one night offering to write Bart a No.1 hit single as long as he could do a guest spot on the show. I’ll give you a clue, he was once associated with a chimp and he’s now dead. You got it, Michael Jackson. Well, you don’t turn that one down, do you? “Matt [Groening, Simpsons creator], there’s a guy on the phone claiming to be Michael Jackson, says he wants to write a song for Bart. What shall I tell him?“

We’ve had some other novelty one-hit wonders: Rick Dees’ “Disco Duck”, related to the disco craze of the 1970s, C. W. McCall’s “Convoy”, and ”Sugar, Sugar” by The Archies.

And now to my favourite — Norman Greenbaum’s “Spirit In The Sky”. Greenbaum had previously been a member of psychedelic jug band Dr. West’s Medicine Show and Junk Band. With that great guitar riff, hand-clapping, and spiritual lyrics, “Spirit” has been used in countless films (Apollo 13, Wayne’s World 2), many advertisements, and television shows. It’s also been covered by many acts including UK group Doctor and The Medics, who also took the song to No.1 with a dreadful version in 1986.

The reason I say dreadful is Doctor and The Medics are responsible for ruining any hopes I had of troubling the pop charts in my group The Cheaters. I won’t bore you with a detailed history of The Cheaters’ magnificent recording history. Suffice to say, we’d recorded a version of “Spirit In The Sky” for our first album in 1980. A live favourite of ours, we knew this because normally both members of the audience would clap along as we played it. Anyway, we released it as a single hoping to repeat the success of Mr Greenbaum as we knew the record buying public loved this tune.

The Cheaters’ version reached No.84 on the UK chart, not even high enough to give us a mention in the Guinness Book of hit singles. But not to worry, it could’ve been our only No.1 hit — and we would’ve joined the ranks of the other one-hit wonders.