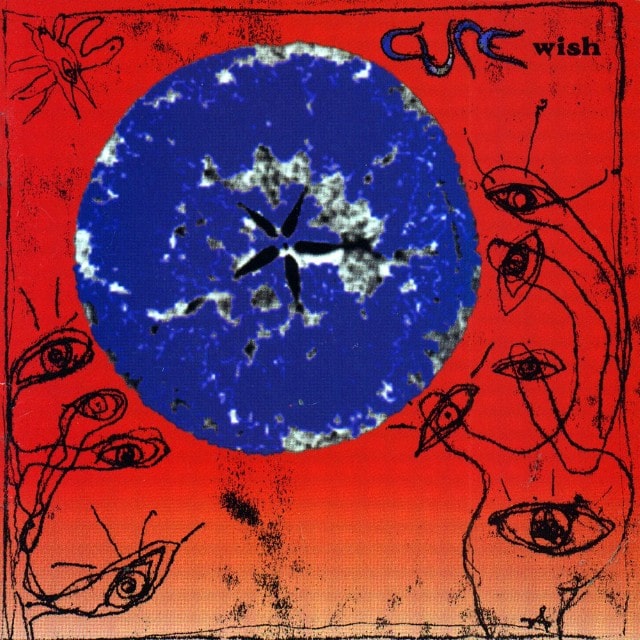 1. The founding members of The Cure were school friends at Notre Dame Middle School in Crawley, West Sussex. Their first public performance was at an end-of-year show in April 1973 as members of a one-off school band called Obelisk. The line up consisted of: Robert Smith on piano, Michael “Mick” Dempsey on guitar, Laurence “Lol” Tolhurst on percussion, Marc Ceccagno on lead guitar and Alan Hill on bass guitar. They later became known as Easy Cure after a song written by Tolhurst.

2. After winning a talent competition, Easy Cure signed a recording contract with German record label Ariola-Hansa in May 1977.

3. The following year they recorded their first sessions as a trio at Chestnut Studios in Sussex, which were distributed as a demo tape to major record labels. The demo found its way to Polydor Records scout Chris Parry, who signed The Cure to his newly formed Fiction label in September 1978.

4. The Cure released their debut single “Killing an Arab” in December 1978, which garnered both acclaim and controversy: while the single’s provocative title led to accusations of racism, (the song is actually based on French existentialist Albert Camus’s novel The Stranger). The band placed a sticker label that denied the racist connotations on the single’s 1979 reissue on Fiction.

5. The Cure released their debut album Three Imaginary Boys in May 1979 which included The Jimi Hendrix Experience cover “Foxy Lady”.

6. The band’s second single, “Boys Don’t Cry”, was released in June 79. The 1999 film Boys Don’t Cry took its title from the song; a cover version, performed by Nathan Larson, was used as the title song for the film. The song has appeared in numerous other films, including The Wedding Singer, 50 First Dates, Starter for Ten, I Do, Nick and Norah’s Infinite Playlist and Friends with Benefits.

7. The Cure’s second album Seventeen Seconds was released in 1980 and reached number 20 on the UK charts. The single from the album, “A Forest”, became the band’s first UK hit.

8. In the early Eighties Robert Smith joined Siouxsie and the Banshees as their lead guitarist and recorded the album Hyæna with them.

9. Robert Smith is married to Mary Theresa Poole whom he met in drama class at St Wilfrid’s when he was 14.

10. Released in October 1983 “The Love Cats”, became the band’s first British Top 10 hit, reaching number seven. Real cats were supposed to be used in the video but after proving to be troublesome, taxidermied ones were used in the place of cats. Smith said of the video: “‘The Love Cats’ is far from being my favorite song: composed drunk, video filmed drunk, promotion made drunk. It was a joke.”

11. Robert Smith was part of the short-lived group the Glove in 1983 with Siouxsie and the Banshees’ Steven Severin. They released one studio album, Blue Sunshine.

13. In 1989, the Cure released the album Disintegration, which was critically praised and became their highest charting album to date, entering at number three in the UK and featuring three Top 30 singles in the UK and Germany: “Lullaby”, “Lovesong” and “Pictures of You”.

14. The bands ninth studio album Wish is the band’s overall highest charting album, and most commercially successful in the band’s career, given its debut at number one in the UK and number two in the United States, where it sold more than 1.2 million copies. Wish was also nominated for the Grammy Award for Best Alternative Music Album in 1993.

15. Phil Thornalley who was a member of The Cure for 18 months (performing the distinctive double bass line on “The Love Cats”, co-wrote with Scott Cutler and Anne Preven the song “Torn” a world-wide hit for Australian singer Natalie Imbruglia.

16. In 1998, Robert Smith voiced an animated version of himself in the Mecha-Streisand episode of South Park.

17. Tim Pope who directed many videos for The Cure has also worked with Neil Young, Hall & Oates, Iggy Pop, David Bowie, Talk Talk, Paul Weller and Siouxsie and the Banshees.

18. Robert Smith was invited to perform at David Bowie‘s 50th Birthday concert at Madison Square Garden (9 January 1997), where he duetted with Bowie on “The Last Thing You Should Do” and “Quicksand”.

19. The Cure paid tribute to Paul McCartney on the 2014 album The Art of McCartney. The Cure covered the Beatles‘ song “Hello, Goodbye” which featured guest vocals and keyboards from Paul’s son, James McCartney.

20. In 2018, Smith was the curator for the Meltdown Festival, which was held from 15 June to 24 June at London’s Southbank Centre in the UK.

21. The Cure have won two Brit Awards (Best British video for “Lullaby” in 1990, and Best British group in 1991), and a Viewer’s Choice (Europe) MTV Video Music Award for “Friday I’m In Love” in 1992. Robert Smith was given an Ivor Novello Award for International Achievement in 2001. The Cure were inducted into the Rock and Roll Hall of Fame in 2019.