He is the quintessential English songwriter. He is truly one of a kind. His songs chronicled the working class, a celebrating the joys and melancholy of day-to-day living. Davies is a magnificent observer of British life.

There aren’t many songwriters who can take credit for helping to change the course of rock music history, but Ray Davies is certainly one of them. Forty-one years ago he wrote the five-note riff to “You Really Got Me”, launching the glorious career of The Kinks and, some say, contemporary hard rock and even heavy metal.

As the leader of the Kinks, he’s covered the spectrum of the rock idiom like few others, writing such rock classics as, “Sunny Afternoon”, “Waterloo Sunset”, “Lola”, “Tired of Waiting For You,” “A Well Respected Man”, “Dedicated Follower of Fashion” and “Come Dancing”.

While Davies has long been considered the quintessential British songwriter, the Kinks and their leader were never just an English phenomenon, as America first accepted Davies’ lyrical sense of humor and irresistible hooks during the first British Invasion in the early Sixties, and the love affair has continued through hot and cold periods for over 30 years.

Just a couple of years back The Kinks came out the top earners for music used in TV adverts in the US, earning them a reported £6m a year. The Kinks were enjoying a resurgence – with their music being used to sell washing powder, computers and medicines. 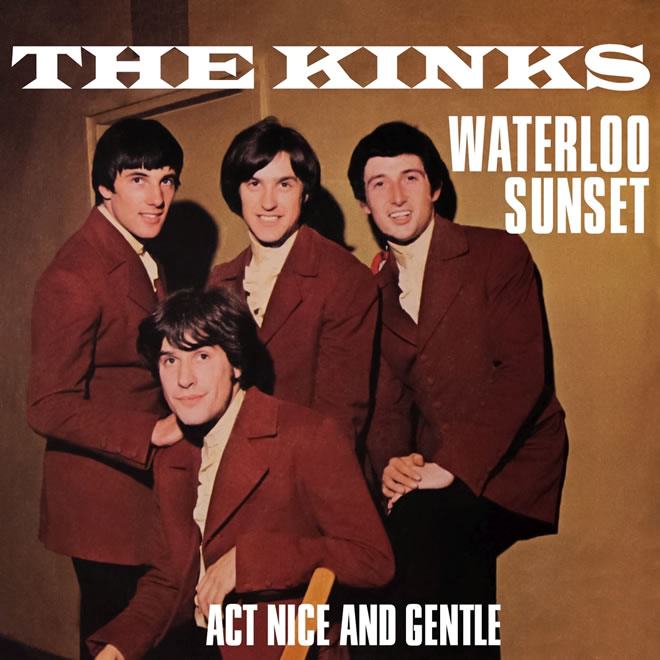 Although they weren’t as innovative as the Beatles or as popular as the Rolling Stones or the Who, the Kinks were one of the most influential bands of the British Invasion. Like most bands of their era, the Kinks began as an R&B/blues outfit. Within four years, the band had become the most staunchly English of all their contemporaries, drawing heavily from British music hall and traditional pop.

Ray and his brother Dave were raised in Muswell Hill, London. In their teens, the brothers began playing skiffle and rock & roll. Soon, the brothers recruited a schoolmate of Ray’s, Peter Quaife. A demo tape reached American record producer Shel Talmy who helped the band land a contract with Pye in 1964.

The group’s 1970 hit “Lola” an account of a confused romantic encounter with a transvestite was a top 10 hit in the UK and U.S. The lyrics originally contained the word “Coca-Cola”, and as a result the BBC refused to broadcast the song, considering it to be in violation of their policy against product placement. Ray was forced to re-record the lyric of Coca-Cola to Cherry Cola to get played on the BBC, taking two return flights during a US tour to complete this.

Away from the dizzy heights of showbiz, Davies made front-page news in 2004 when he was shot in the leg while on holiday in New Orleans. Two men stole his girlfriend’s purse at gunpoint, a brave (or mad), Davies gave chase, and one of the muggers shot him in the leg – resulting in the singer being admitted to hospital, but his injuries were not serious. The headlines the following day ran; “You Really Shot Me!”

Davies later told reporters how much it hurt being shot!