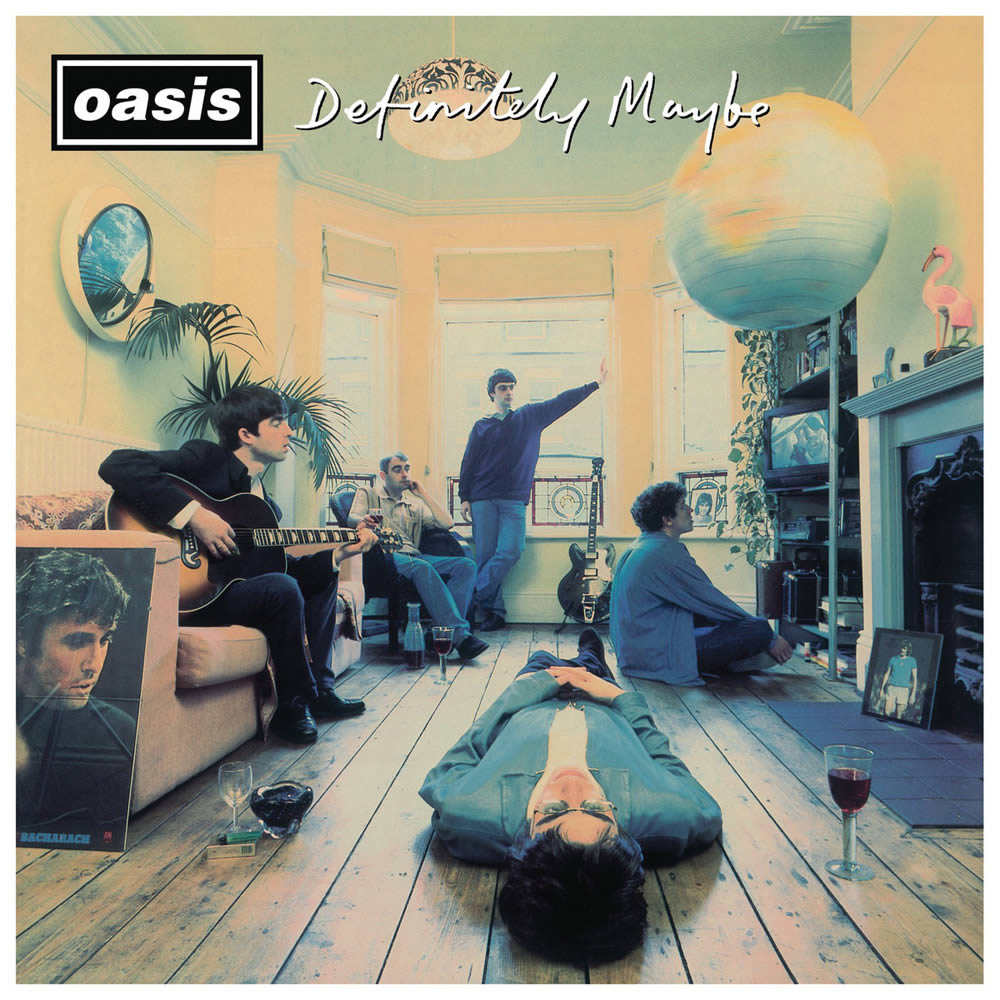 Towards the end of the 80’s, Manchester gave us ‘Madchester’, a mix of alternative rock, psychedelic rock and dance music. This scene, exclusive to the North of England, introduced the world to New Order, The Stone Roses, Happy Mondays, Inspiral Carpets, 808 State, and The Charlatans. With the help of Factory Records and using the Hacienda nightclub as their home, this distinctive musical ethos brought us the Second Summer of Love.

The Oldham based Inspiral Carpets, who were a major part of this scene, with their swirling Hammond organ played by Clint Boon, had a secret weapon at the side of the stage: a young guitar roadie by the name of Noel Gallagher. Working with the Inspirals for over two years, Gallagher watched and learned stagecraft, recording, and the work ethic of a hard-working touring band.

Noel’s younger brother Liam meantime had joined a Manchester group known as The Rain, (after The Beatles’ B side of Paperback Writer), who contained guitarist Paul ‘Bonehead’ Arthurs and bassist Paul ‘Guigsy’ McGuigan, Liam replaced vocalist Chris Hutton, and suggested the group’s name change to Oasis, from an Inspiral Carpets tour poster that hung in the Gallagher brothers’ bedroom. One of the venues listed on the poster was the Oasis Leisure Centre in Swindon, Wiltshire, UK.

Noel Gallagher returned from the Inspiral Carpets’ 1991 tour of the US, and went to watch his brother’s band perform at small Manchester club The Boardwalk. Impressed, Noel offered to join, reportedly on condition that he would be the lead guitarist and they would perform only his songs, which he had been stockpiling for some time. Noel made an instant impact on the band, organising more rehearsals and a few small warm up gigs in and around Manchester.

In May 1993, the band heard that a record executive from Creation Records would be scouting for talent at King Tut’s Wah Wah Hut in Glasgow. Together, they found the money to hire a van and make the six-hour journey to Scotland. The band secured the opening slot and played a four-song set that impressed Creation founder Alan McGee, who signed the band, declaring: ‘I’ve found the greatest rock ‘n’ roll band since The Beatles.’

Sessions for the band’s debut began in Monnow Valley Studio, near Monmouth, Wales at the start of 1994, but the recordings were unsatisfactory, so the band switched locations, re-recording the album at Sawmills Studio in Cornwall, as well as The Pink Museum studio in Liverpool.

By the time Definitely Maybe was released in August 1994, Oasis had seen their first two singles in the charts; their chart debut ‘Supersonic’ peaked at number 31, and their second release ‘Shakermaker’ at number 11.

The album kicks off with the thick, reverb-heavy guitar intro of Rock ‘n’ Roll Star, which Noel has since said was the end of everything he wanted to say as a songwriter. On arguably Liam’s greatest-ever vocal performance he goads all-comers, snarling: ‘You’re not down with who I am / Look at you now you’re all in my hands tonight.’ The opener sets the mood – The Beatles played by the Sex Pistols, with the swagger of T Rex – with riffs a-plenty.

The second track, ‘Shakermaker’, illustrates Noel Gallagher’s habit of sometimes borrowing from the past: the melody for the verse was originally taken from ‘I’d Like To Teach The World To Sing (In Perfect Harmony)’, a song made famous from its use on Coca-Cola adverts in the 1970s, written by Roger Cook, Roger Greenaway, Bill Backer and Billy Davis. However, this led to Oasis being successfully sued for the unlicensed use by the copyright owners, prompting Noel Gallagher’s comment: ‘Now we all drink Pepsi’.

The album is now sounding like a ‘Greatest Hits’ compilation. ‘Live Forever’ was later placed number 1 in the NME and an XFM poll of the 50 ‘Greatest Indie Anthems Ever’. ‘Supersonic’, which gave Oasis their first US chart placing, is reportedly Noel’s favourite Oasis song. The identity of the ‘Elsa’ mentioned in the song was questioned, and it has since been revealed that Elsa was a nine-stone rottweiler with a flatulence problem; the dog belonged to the sound engineer Dave Scott and was in the studio on the day the song was written.

The group’s fourth single ‘Cigarettes & Alcohol’ became the second case in which Oasis was accused of plagiarism. The main riff of the song is purportedly ‘borrowed’ from ‘Get It On’ by T. Rex and ‘Little Queenie’ by Chuck Berry, and bears a similarity to the opening of Humble Pie’s cover of ‘C’mon Everybody’. Upon first hearing the song, the man who discovered the band, Alan McGee, claimed that the song was one of the greatest social statements anyone had made in the past 25 years. Noel Gallagher later recalled: ‘I remember writing it in my flat in Manchester, and two guys used to live above me, and in those days, being the fucking geezer that I was, I used to write on the electric guitar with my amp in the fucking room, in a block of flats, on ten, and one of the guys passed me on the stairs and said ‘You’re not gonna fucking write a song to that riff are you? That’s fucking rubbish’ and I was going ‘Listen fat arse, that’s gonna be fucking amazing when it comes out’.

The photograph on the front cover of the album, taken in guitarist Paul ‘Bonehead’ Arthurs’ house in Withington, Manchester, (for which he later claimed to have done all the plastering himself), held clues to the group’s heroes. A picture of Manchester City footballer Rodney Marsh can be seen, while a television is showing a scene from the film The Good, The Bad And The Ugly. A poster of Burt Bacharach (one of Noel Gallagher’s idols) is also shown on the lower left-hand side of the cover. On the back cover, a still of Gian Maria Volonté from the film A Fistful Of Dollars is visible on the television. Some writers believe that Oasis were trying to pay homage to Pink Floyd’s Ummagumma by placing it there in the same prominent position that Floyd reserved for the soundtrack of Vincente Minnelli’s American musical film Gigi.

The media buzz around Definitely Maybe was rampant. It went straight to number 1 in the UK Albums Charts on initial release, becoming the fastest-selling debut album up to that time in the UK. The album also marked the beginning of Oasis’ success in America, selling over one million copies there, despite only peaking at #58 on the Billboard 200. The album went on to sell over eight million copies worldwide.