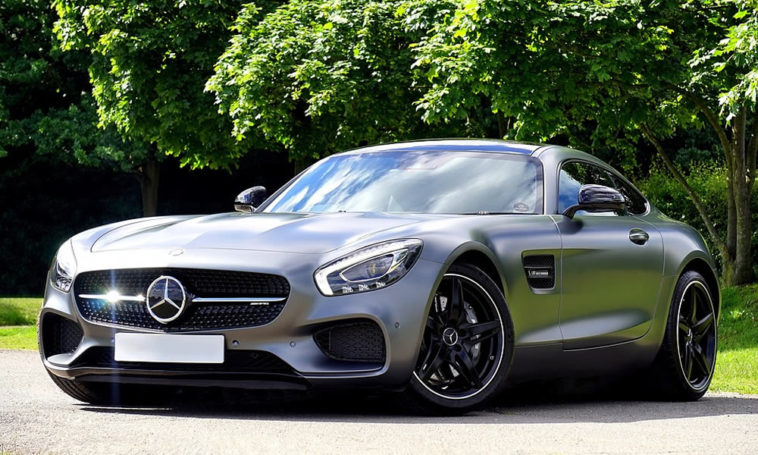 In 2004, Eric Clapton was suspended from driving in France after being caught speeding at 134mph in his Porsche 911 Turbo near Merceuil. He was given a 750 euro (£515) fine and his UK licence was confiscated. After paying his fine Clapton posed for photographs with French police and then left the scene in his Porsche — with his secretary behind the wheel.

This wasn’t the first time “Slow Hand” had his collar felt for speeding. In 1990 Eric was fined by Walton-on-Thames magistrates court after being booked for speeding at 105mph; Clapton was also banned from driving for three months.

Ah, rock stars and cars — well, what do you expect? Boys and their toys and all that. After the guitars and the girls, the country house, every rock star needs a collection of classic cars. I once read that Elton John had a fantastic collection of classic motors, and employed a man who would start them up, warm up the engines, and keep them maintained, as Elton doesn’t drive. I can think of worse ways to earn a living!

As soon as the money started to roll in the Stones all treated themselves to the luxury motors of the day. Mick bought an Aston Martin DB6 (complete with a record player), Keith opted for the more spacious Bentley, and Bill Wyman went totally mad and bought a Mercedes, a Maserati, and er…a Morris Traveller.

Mick had already been in trouble with the boys in blue and was fined £16 for driving offences by a court in England after being caught for speeding. His solicitor told the court, “The Duke of Marlborough had longer hair than my client and he won some famous battles. His hair was powdered, I think because of fleas. My client has no fleas.”

Once again the name of Keith Moon crops up. In 1970, his chauffeur Neil Boland was accidentally killed when The Who’s drummer ran over him. Moon was trying to escape from a gang of skinheads after a fight broke out at a pub in Hatfield, England. Keith jumped in the car and put his foot down and ran over Boland. Moon had never passed his driving test.

I love this tale: In 1991, American soul singer Wilson Pickett was arrested after running into an 86-year-old man in Englewood, New Jersey. He then yelled death threats at the victim, whilst driving his car over what turned out to be the local mayor’s front lawn. Pickett was later charged with driving with open bottles of alcohol in his car.

We’ve had plenty of great songs about car crashes: “Airbag” (Radiohead), “Crawling From The Wreckage” (Graham Parker), “A Day In The Life” (he blew his mind out in a car – The Beatles), “Dean Man’s Curve” (Jan and Dean), and David Bowie gave us “Always Crashing In The Same Car.”

And it’s not just the guys. In 2003 former Motown singer Diana Ross appeared in a US court charged with driving while twice over the drunk driving limit. Police in Tucson reported that Miss Ross could not walk in a straight line, touch her nose or count to 30 after she had been stopped for swerving across the road. And former Spice Girl Geri Halliwell was banned from driving for six weeks and fined £400 ($680) for speeding in her Aston Martin DB7. Geri had been snapped on a speed camera doing 60mph in a 30mph zone.

Slipknot bassist Paul Gray was arrested in 2003 on drugs and drunk driving charges after he collided with a car after going through a red light in his hometown of Des Moines, Iowa. Gray (who wears a pig mask on stage) then tried to write a cheque for $1,000 (£600) to the other driver, who then called the police. Gray failed two alcohol tests at the scene and was arrested for possession of marijuana, cocaine, and drug paraphernalia, as well as drunk driving.

And then we have car fanatic Jay Kay, singer with Jamiroquai, who was banned for six months and fined £750 after being clocked driving at more than 100mph. His lawyers had argued at Perth Sheriff Court that he needed his licence so he could have “respite” from his busy professional life. But Sheriff Robert McCreadie said his conduct was “entirely unacceptable.”

Maybe all the above need to take the following advice. Recent research by a car insurance company showed that listening to the wrong sort of music when driving can lead to aggression and distraction. Dr Nicola Dibben, a music psychologist said, “Singing while driving stimulates the mind.” Songs recommended included Pulp’s “Disco 2000’” and “Hey Ya” by Outcast, but the doctor said songs like The Prodigy’s “Firestarter” should be avoided.

And make sure to get insurance coverage from Iggy Pop.