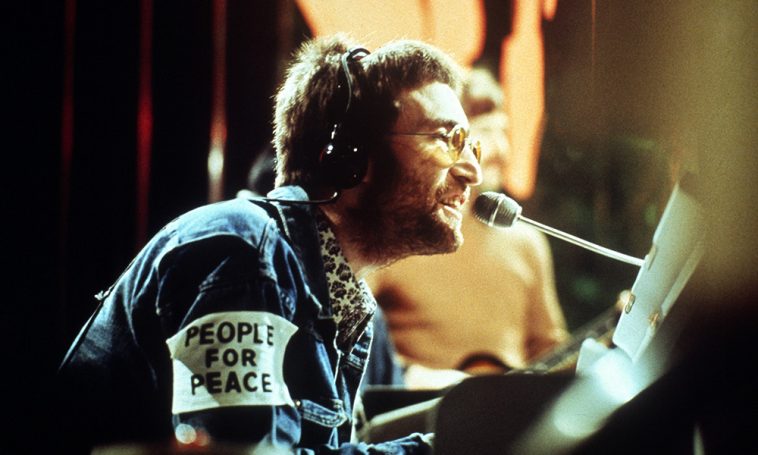 On 8 December 1980, John Lennon was shot five times by 25-year-old Mark David Chapman outside The Dakota, the apartment building in New York City where John and Yoko Ono lived. Chapman had been stalking Lennon for days outside the building and asked for an autograph as Lennon walked through the courtyard.

Returning from the Record Plant studios where they had been working, John and Yoko had been dropped by their white limousine on the pavement outside the building rather than driving through the gates and into the building’s secure courtyard.

Yoko walked on ahead, nodding blankly at a stranger in the shadows — there were always fans and hangers-on lurking outside the Dakota for a glimpse of their hero.

Her husband, who was walking a few paces behind, heard a voice call out. “Mr. Lennon?” John slowed and then turned to look. Instantly, he registered that he’d seen this man a few times lately — and, earlier that day had even autographed an LP cover for him.

But now the stranger had a different purpose. He was down on one knee in a combat stance, a .38 revolver clasped in his hands. Five shots rang out and four dum-dum bullets, specially adapted to cause maximum physical damage, slammed into Lennon’s back, side, and shoulder.

Lennon was pronounced dead from a massive loss of blood at 11:30 pm. 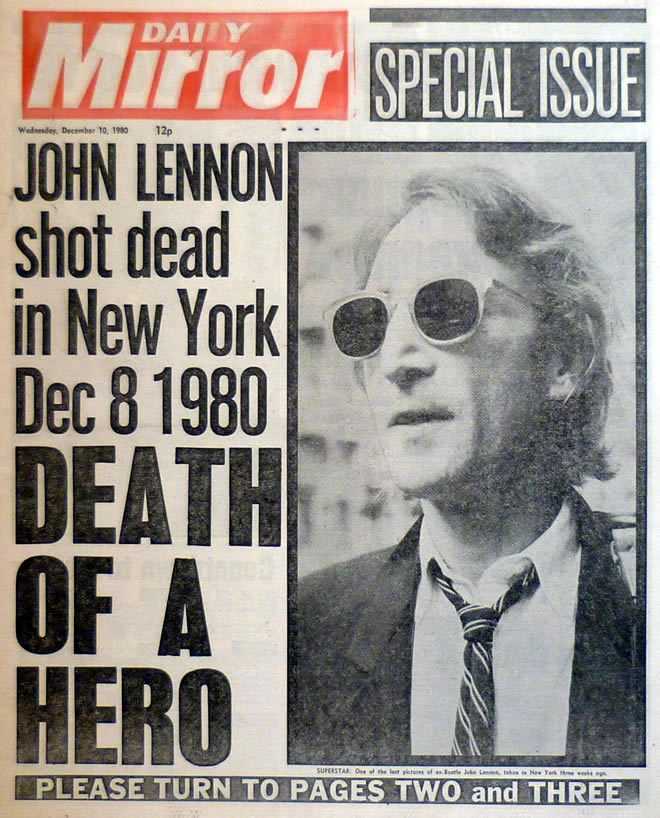 On the day of the shooting, Chapman bought a copy of The Catcher in the Rye from a New York bookstore, in which he wrote: “This is my statement” and signed it “Holden Caulfield,” the name of the novel’s protagonist. He then spent most of the day near the entrance to The Dakota, where Lennon and Yoko Ono lived, talking to other fans and the doorman. At one point, a distracted Chapman missed seeing Lennon step out of a cab and enter the Dakota building on the morning of December 8.

Around 5:00 pm, Lennon and Ono left The Dakota for a recording session. As they walked toward their limousine at the curb, Chapman shook hands with Lennon and held out a copy of Lennon’s new album, Double Fantasy, for him to sign. Photographer Paul Goresh was present when Lennon signed Chapman’s album and took a photo of the event.

Chapman has since said he shot the former Beatle because he wanted to “steal” his fame — stating that now he was a bigger nobody than he was before. He also revealed he planned the killing for three months and considered murdering other celebrities who he thought were “phonies.” He said he remembered Lennon’s wife Yoko Ono walking up to the police car where he was sitting after his arrest, and looking at him but saying nothing.

He remained at the scene until the police arrested him, and pled guilty to the crime. He was sentenced to a prison term of 20 years to life, and is currently imprisoned at the Attica Correctional Facility in Attica, New York, having been denied parole six times.

John Lennon displayed an outspokenness that helped redefine the rules of acceptable behavior for rock stars. He criticized America’s involvement in Vietnam, and, as the ’60s progressed, he became an increasingly important symbol of the burgeoning counterculture. But more than that, John Lennon was a brilliant artist. He wrote some of the most loved and moving songs of the last century. From Norwegian Wood to Imagine to I Am The Walrus to Revolution, and many many more.