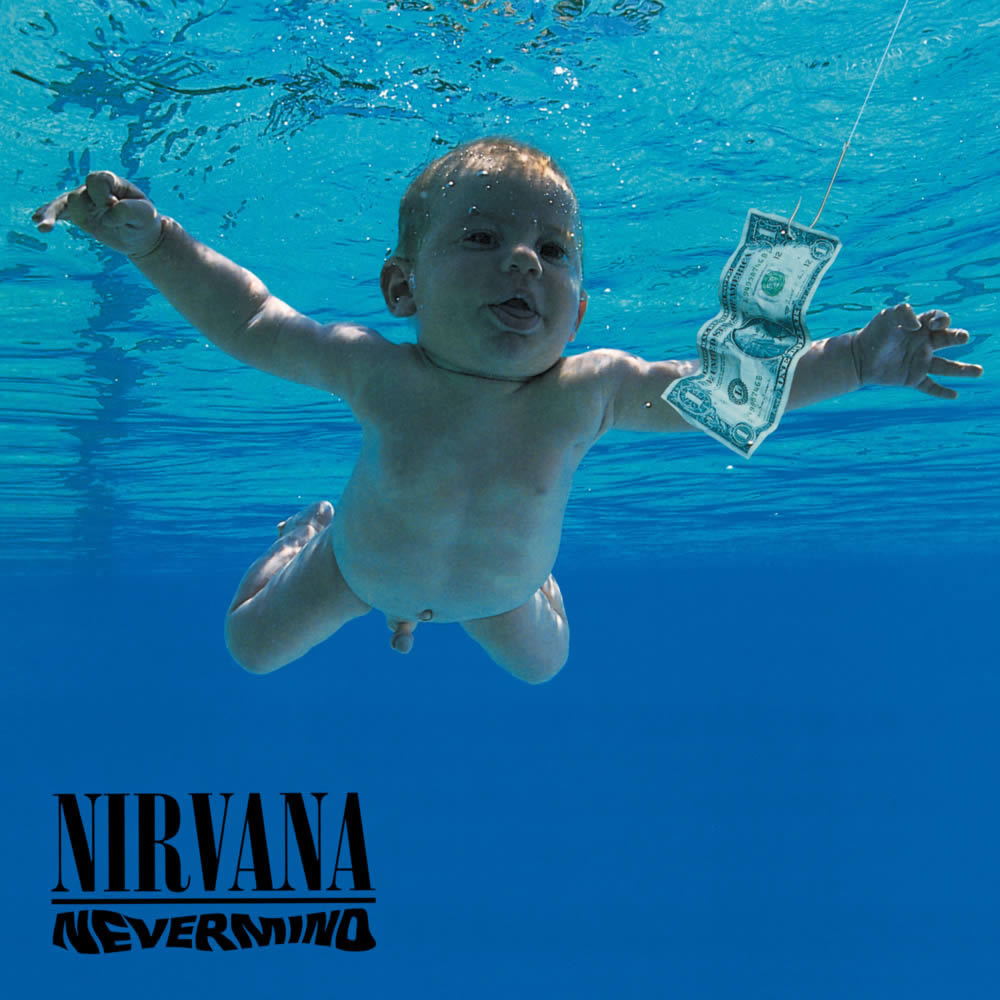 In 2002, not long after the 10th anniversary of the release of Nevermind, Dave Grohl was asked whether he felt that Nevermind had had an impact on the music he was hearing in his contemporary life. ‘That would be far too egotistical,’ Grohl said. ‘I’m proud that I was a part of that band. When the Foo Fighters play shows, kids will walk up – kids from new bands who are huge, who are 22, the same age I was when we did Nevermind – and they tell me that I was a great influence on them. And all it does is make me feel old, like Neil Young or something.’

Charles R. Cross, Kurt Cobain’s biographer and the former editor of Seattle music paper The Rocket, concurs: ‘I feel Kurt’s songs will be remembered long past the celebrity of his fame and his brief place on the pop charts. I think the songs he wrote were so full of emotion and risk, that they will mean something to future generations.’

More has been written about Kurt Cobain’s suicide than about his greatest record. We know far more about the last years of his life than we do about almost every other star or know pretty much all we’re ever going to know about his death. Only now, with the desire for information having been sated, are thoughts turning back to his musical legacy, and what it will mean over the next 10 years.

Kurt tried hard to escape from the impact of Nevermind, tried hard to play it down, to deny its greatness and even to disparage it, but it remains the centrepiece of his career. ‘It’s hard to believe it’s such a revolutionary record – for people in the band, around the band, in the world’, Krist Novoselic told David Fricke. ‘There’s a lot of power in the record, but it wasn’t a Sgt. Pepper with symphony orchestras, it was just a rock’n’roll record. It could have come out in the 1970s or 1980s. Maybe that’s part of its big success.’

Nevermind was such an unlikely hit that even as the band were making it – aware that they were signed to a major label in Geffen, and that they had some quite spectacular songs – they found it impossible to conceive that it could be such a thing.

Before the band began the sessions with Butch Vig in April 1990 for what was planned as the band’s second full album for Seattle’s Sub Pop label, there was nothing in Nirvana’s recent history that suggested superstardom. Their first record, Bleach, cost precisely $606.15 (less than £400) to make. It was nothing more than a minor hit for a hip little label.

Butch Vig was an all-around nice guy who was something of a veteran of the underground punk scene. He’d worked with Killdozer, Smashing Pumpkins and Tad for boutique labels. Sub Pop’s Jonathan Poneman sent Nirvana to him, saying: ‘These guys are going to be bigger than the Beatles.’ When they went into Smart Studios in Madison, Wisconsin, Vig quickly picked up on the tensions between Kurt and Krist, and Chad Channing. Krist told Vig he wanted the band to sound heavy. Kurt told him: ‘We want to sound slower and heavier than Black Sabbath. Turn off the treble.’

Vig could do that, but he was also a self-confessed ‘pop geek’. When he heard the seven songs Kurt brought along he quickly saw that Kurt had finally absorbed his love of Cheap Trick and The Beatles into his punk rock agenda. Of the seven songs they recorded, five ended up on Nevermind. The version of ‘Polly’ they cut went on after a remix, and others changed slightly: ‘Breed’ was then titled ‘Imodium’, ‘Stay Away’ was called ‘Pay To Play’; ‘In Bloom’ and ‘Lithium’ were worked over.

By late May 1990 Nirvana had come to the attention of most of the major labels. Sliver was released as a stop-gap, and they parted with Chad Channing. Krist phoned Butch Vig and asked him if he’d be interested in producing an album for a major label. Vig said ‘sure’. By September they’d hooked up with Dave Grohl. Kurt called Vig and told him: ‘I’ve found the greatest drummer in the world.’

‘Kurt was kind of a drummer himself,’ Dave Grohl told Rolling Stone. ‘When he would play guitar or write songs, if you ever looked at his jaw he would be moving his jaw back and forth, like he was playing the drums with his teeth. He heard in his head what he wanted from a rhythm, and that’s a hard thing to articulate. I think one of the reasons they wanted me was that I sang back-up vocals.’

Nirvana signed to Geffen on April 30, 1991, with Krist Novoselic taking the major role as the band member representing Nirvana’s interests. ‘We weren’t even paying attention,’ he told David Fricke. ‘I’d be the one who’d talk to the attorney: ‘How’s the deal going?’ Then one day we signed all the papers – and ordered sandwiches. We ate sandwiches and signed papers, and that was it. We didn’t know what we were getting into. We got all this money for an advance, and we spent it all on studios, videos and taxes. But I remember we were adamant about creative control. We got that.’

‘It was unbelievable,’ Grohl says. ‘We went from selling amp heads and Love Buzz singles for food to having millions of dollars. I remember the first time we got a 1,000 dollar check. We were so excited. I went out and bought a BB gun and a Nintendo – the things that I always wanted as a kid.’

Krist remembers ‘In Bloom’ starting out ‘sounding like a Bad Brains song’, but then becoming more and more refined by Kurt’s persistence. On the day that Kurt turned up with the opening riff to ‘Smells Like Teen Spirit‘, he made the band play it solidly for an hour and half. ‘I was trying to write the ultimate pop song,’ Kurt confessed. ‘I was basically trying to rip off The Pixies. I have to admit it. When I heard The Pixies for the first time, I connected with that band so heavily I should have been in that band. We used their sense of dynamics, being soft and quiet and then a loud riff. When I came up with the guitar part, Krist looked at me and said: ‘That is so ridiculous.’

The band travelled to LA for the Nevermind sessions, with Krist and his wife Shelley driving down in their VW camper with all the band’s gear in the back. They stayed in an apartment block called the Oakwood, where Kurt was soon receiving visits from Courtney Love.

The band recorded through May and June at Sound City studios in Van Nuys, an unlovely suburb. ‘It was really nice to find yourself in a totally warm, tropical climate,’ Kurt said. ‘I don’t think it would have turned out nearly as well if we did it in Washington.’ They worked 10-hour days, breaking the monotony by playing goofy covers of Alice Cooper, Black Sabbath and Aerosmith. Kurt’s vocals were so well-worked out that his takes were incredibly consistent.

Butch Vig was able to mix and match to achieve the perfect result. The only song that proved at all problematic was ‘Something In The Way’, the melancholic album outro that Kurt wrote just a week before recording. Vig solved the problem by recording Cobain not in the booth but on the studio sofa, with his nylon-string acoustic guitar.

Dave Grohl has his own favourite memory of the sessions: ‘The only demos we’d done were on a boombox – we were used to hearing it sound like a shitty bootleg. All of a sudden you have Butch Vig making it sound like Led Zeppelin IV. And as we were mixing the album, Krist and Kurt and I would take a tape of the songs and just drive around the Hollywood Hills, listening to it. That was something else.’

Nevermind was released on September 24, 1991. Throughout 1992 it was the most talked about and most imitated record in the world. Grohl says that he wishes they’d delayed six months before putting the album out, and allowed it to grow more organically. ‘From the time Nevermind came out to the time that Kurt died is not even three years,’ Grohl said in Rolling Stone. ‘That’s not enough time to get used to something that life-altering.’ Soon Kurt was resentful of the ubiquity of Nevermind, and feeling almost cheated by its success. He responded by decrying its sound and denying its brilliance.‘There was that punk rock guilt,’ says Grohl. ‘Kurt felt, in some way, guilty that he had done something that so many people had latched onto.’

Butch Vig told David Fricke: ‘There are moments when I think about what that record did to him. Maybe if he hadn’t had that success, he’d still be around. It’s hard to know.’