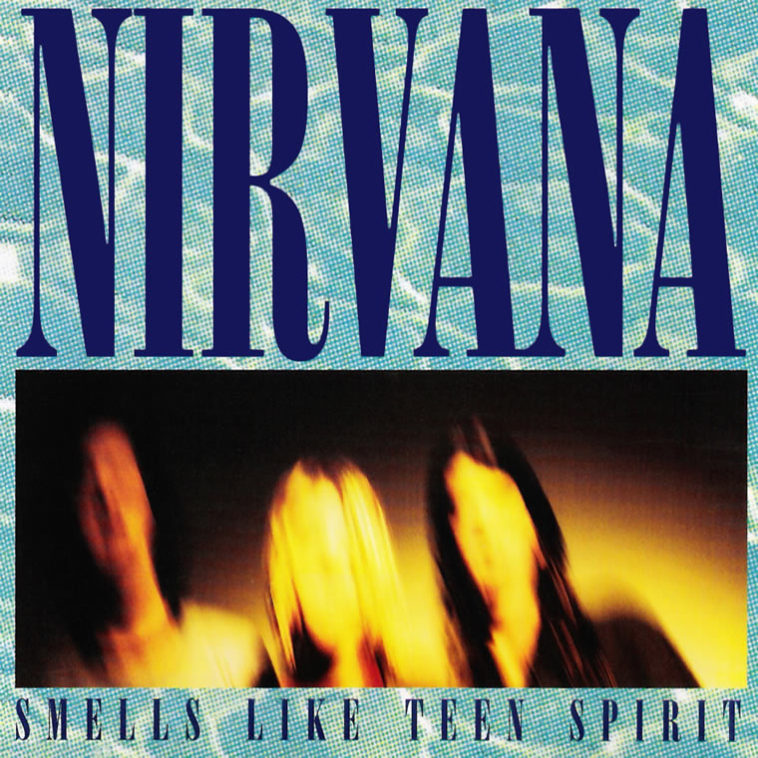 ‘Smells Like Teen Spirit’ was released on September 10 as the lead single from Nevermind, the band’s major label debut on DGC Records. The song did not initially chart, and it sold well only in regions of the United States with an established fanbase for the group. ‘Smells Like Teen Spirit’ was not expected to be a hit, for it was merely intended to be the base-building alternative rock cut from the album. It was anticipated that the follow-up single ‘Come as You Are’ would be the song that could cross over to mainstream formats.

Kurt Cobain said that “Smells Like Teen Spirit” – the opening track and lead single from the group’s second album Nevermind was an attempt to write a song in the style of the Pixies, a band he greatly admired.

Cobain didn’t begin to write ‘Spirit’ until a few weeks before recording started on Nirvana’s second album, Nevermind, in 1991. When he first presented the song to his bandmates, (just the main riff and the chorus vocal melody), bassist Krist Novoselic dismissed it at the time as “ridiculous.” In response, Cobain made the band play the riff over and over again until collectively the band members slowed the riff down so they had fast and slow sections. As a result, it became the only song on Nevermind to credit all three band members as joint composers.

Cobain came up with the song’s title when his friend Kathleen Hanna, (at the time the lead singer of the Riot Grrrl punk band Bikini Kill), spray painted “Kurt Smells Like Teen Spirit” on his wall. Since they had been discussing anarchism, punk rock, and similar topics, Cobain interpreted the slogan as having a revolutionary meaning. What Hanna actually meant, however, was that Cobain smelled like the deodorant Teen Spirit, which his then-girlfriend Tobi Vail wore. Cobain later claimed that he was unaware that it was a brand of deodorant until months after the single was released. (Sales rocketed of the deodorant and the grunge army were no longer smelly!).

The unexpected success of ‘Smells Like Teen Spirit’ in late 1991 propelled Nevermind to the top of the charts at the start of 1992, an event often marked as the point where alternative rock entered the mainstream. “Smells Like Teen Spirit” was Nirvana’s first and biggest hit, reaching number six on the Billboard Hot 100 and charting all over the planet in 1991 and 1992.

The video, which was based on the concept of a school concert which ends in anarchy and riot, won the group two MTV Video Music Awards music, which was in heavy rotation on music television and in 2000 the Guinness World Records named “Teen Spirit” the Most Played Video on MTV Europe. The video was shot at GMT Studios in Culver City, California and features real Nirvana fans as the audience.

A notable alternate performance of “Smells Like Teen Spirit” occurred on BBC’s Top of the Pops in 1991, during which the band refused to mime to the prerecorded backing track and Cobain sang in a deliberately low voice with hilarious result. Kurt also changed lyrics in the song (for example, “Load up on guns, bring your friends” became “Load up on drugs, kill your friends”). Cobain later said he was trying to sound like one of heroes – former Smiths frontman Morrissey.

Nirvana grew uncomfortable with the success and attention “Spirit” received as a result. In the years since Cobain’s death, listeners and critics have continued to praise “Smells Like Teen Spirit” as one of the greatest rock songs of all time. In the years following Cobain’s death, ‘Smells Like Teen Spirit’ has continued to garner critical acclaim. In 2000, MTV and Rolling Stone ranked the song third on their joint list of the 100 best pop songs, trailing only The Beatles’ ‘Yesterday‘ and The Rolling Stones’ ‘(I Can’t Get No) Satisfaction’.