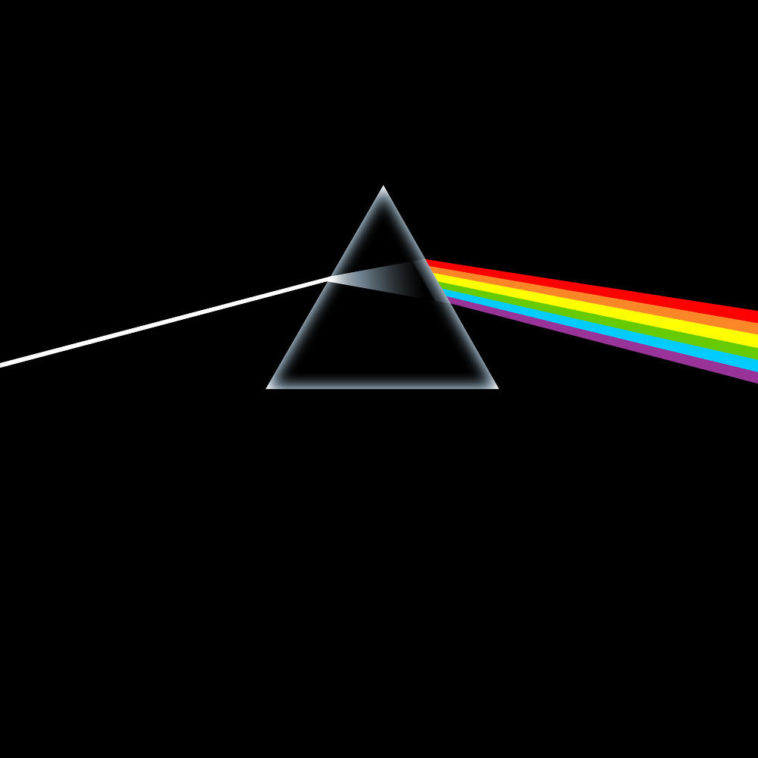 No-one in March 1973 could have imagined that an album released in that month would still be thrilling listeners decades later, but it’s true.

Generally regarded as Pink Floyd’s masterwork, the qualities of The Dark Side Of The Moon have perhaps been taken for granted in recent years, but a return to it with fresh ears reminds the listener of its strengths. Part of its enduring appeal is the quality of the material, there simply isn’t a bad track on it, with a listening experience greater even than the sum of the parts.

As to its subject matter, Roger Waters said in 2003 that it was ‘An expression of political, philosophical, humanitarian empathy that was desperate to get out.’ He said it was about ‘all the pressures and difficulties and questions that crop up in one’s life and create anxiety and the potential you have to solve them or choose the path that you’re going to walk.’

The band initially convened in December 1971 and January 1972 at Decca’s West Hampstead Studios in Broadhurst Gardens, London and then at a warehouse owned by The Rolling Stones at 47 Bermondsey Street, South London. One of the musical elements, to become ‘Us And Them’, already existed, having begun life as a rejected musical sequence by Richard Wright for Antonioni’s Zabriskie Point. Another, to become ‘Brain Damage’, was a piece of Roger Waters’, created in the writing sessions of the Meddle album in January of that year.

In the pre-Internet age, it wasn’t too commercially suicidal to preview new material before its release, so Floyd were able to knock the album into shape over several months of road work. The first full-length performance was at the Guildhall in Portsmouth, England, on January 21st, 1972, after which almost the entire year was spent with the band performing Dark Side live, interspersed with visits to Abbey Road studios from May onwards to work on individual songs.

Session singer Clare Torry, was a regular at Abbey Road. She had worked on numerous cover albums, and after hearing one of those albums Alan Parsons invited her to the studio to sing on Wright’s composition ‘The Great Gig in the Sky’. She declined this invitation as she wanted to watch Chuck Berry perform at the Hammersmith Odeon, but arranged to come in on the following Sunday. The band explained the concept behind the album, but were unable to tell her exactly what she should do. David Gilmour was in charge of the session, and in a few short takes on a Sunday night Torry improvised a wordless melody to accompany Wright’s emotive piano solo. She was initially embarrassed by her exuberance in the recording booth, and wanted to apologise to the band – only to find them delighted with her performance.

In 2004, Torry sued Pink Floyd for songwriting royalties, on the basis that her contribution to ‘Great Gig in the Sky’ after originally being paid the standard Sunday flat studio rate of £30 (equivalent to £400 in 2018 for the session. In 2005, prior to a hearing in the High Court, an out-of-court settlement was reached. All pressings after 2005 list the composition to Richard Wright and Clare Torry.

During recording sessions, Waters recruited both the staff and the temporary occupants of the studio to answer a series of questions printed on flashcards. The interviewees were placed in front of a microphone and shown such questions as ‘What’s your favourite colour?’ and ‘What’s your favourite food?’, before moving on to themes more central to the album (such as madness, violence, and death). The band’s road manager Peter Watts (father of actress Naomi Watts) contributed the repeated laughter during ‘Brain Damage’ and ‘Speak to Me’, and ‘I never said I was frightened of dying’ from the beginning of ‘The Great Gig in the Sky’. Floyd roadie Roger ‘The Hat’ Manifold is the voice behind ‘So if you give ’em a quick short, sharp, shock, they won’t do it again’. Wings guitarist Henry McCullough contributed the line ‘I don’t know, I was really drunk at the time’. The closing words ‘there is no dark side in the moon, really. As a matter of fact it’s all dark’ came from the studios’ Irish doorman, Gerry O’Driscoll. Paul and Linda McCartney were also interviewed, but their answers were judged to be ‘trying too hard to be funny’, and were not included on the album.

Pink Floyd hadn’t had a hit single since 1967 with the Syd Barrett composition ‘See Emily Play’, but a couple months after the release of Dark Side, Floyd issued an edited-down version of ‘Money’ as a single in the US and Europe, which has since become a staple for classic rock radio. Waters came up with the idea of creating a sound effects loop that would insert into the track – the literal sounds of money (coins, bags of cash, registers, etc.), which he recorded in a makeshift recording studio in his garden shed. Drummer Mason helped Waters begin collecting this rhythmic loop in the song’s home demo stage.

The success of the album brought wealth to all four members of the band; Richard Wright and Roger Waters bought large country houses, and Nick Mason became a collector of upmarket cars. Pink Floyd were massive fans of Monty Python’s Flying Circus. In fact, Alan Parsons would later say that the band’s frequent breaks in recording to watch the show afforded him time and opportunity to experiment with different mixes and effects in the studio. Some of the profits from the album were invested in the production of one the most hilarious, daring and influential British comedy films of all time, Monty Python and the Holy Grail.

The Dark Side of the Moon became one of the best-selling albums of all time and although it held the number one spot in the US for only a week, it remained in the Billboard album chart for 741 weeks from 1973 to 1988. Part of the legacy of The Dark Side of the Moon is in its influence on modern music, the musicians who have performed cover versions of its songs, and even in modern urban myths. Its release is often seen as a pivotal point in the history of rock music, and comparisons are sometimes drawn between Pink Floyd and Radiohead – specifically their 1997 album OK Computer – which has been called The Dark Side of the Moon of the 1990s.

Dark Side of the Rainbow and Dark Side of Oz are two names commonly used in reference to rumours (circulated on the Internet since at least 1994) that The Dark Side of the Moon was written as a soundtrack for the 1939 film The Wizard of Oz. Observers playing the film and the album simultaneously have reported apparent synchronicities, such as Dorothy beginning to jog at the lyric ‘no one told you when to run’ during ‘Time’, and Dorothy balancing on a tightrope fence during the line ‘balanced on the biggest wave’ in ‘Breathe’. Both David Gilmour and Nick Mason have denied a connection between the two works, and Roger Waters has described the rumours as ‘amusing’.