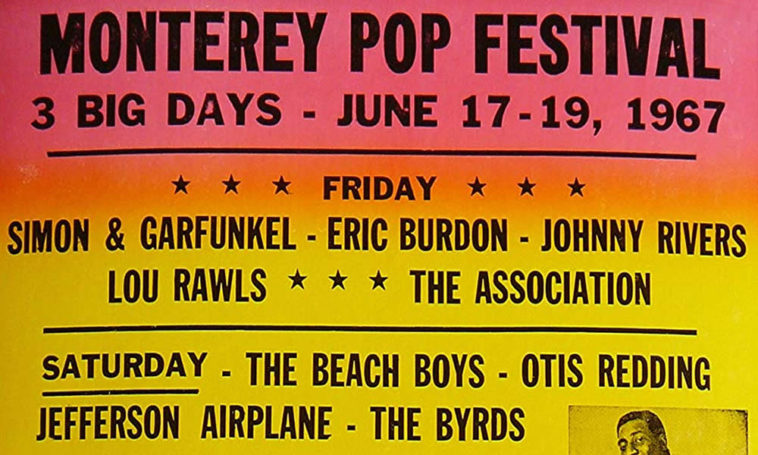 On June 17-19 in 1967, the city was the venue of the three day Monterey Pop Festival. All the proceeds went to charity when all the artists (over 30 appeared), agreed to perform free, and the “Summer of Love” was born. Monterey became the template for future music festivals, notably the Woodstock Festival two years later.

“Be happy, be free, wear flowers, bring bells,” read the advertisements which summoned the young people of California to a three-day party. The flower children, the wacky clothes, the ready availability of sex and drugs – it is hard to think it all took place 40 years ago.

The festival is remembered for the first major American appearances by Jimi Hendrix (who at this time had become a star in the UK but not yet in his native U.S.), and The Who, as well as the first major public performances of Janis Joplin (Columbia Records signed Big Brother and The Holding Company on the basis of their performance at Monterey). It was also the first major performance by Otis Redding in front of a predominantly white audience, who performed a sensational set, recorded for posterity in the film of the event, Monterey Pop.

The festival was planned in seven weeks by promoter Lou Adler, John Phillips of The Mamas & the Papas, producer Alan Pariser, and publicist Derek Taylor. The festival board included Mick Jagger, Paul McCartney and Brian Wilson. 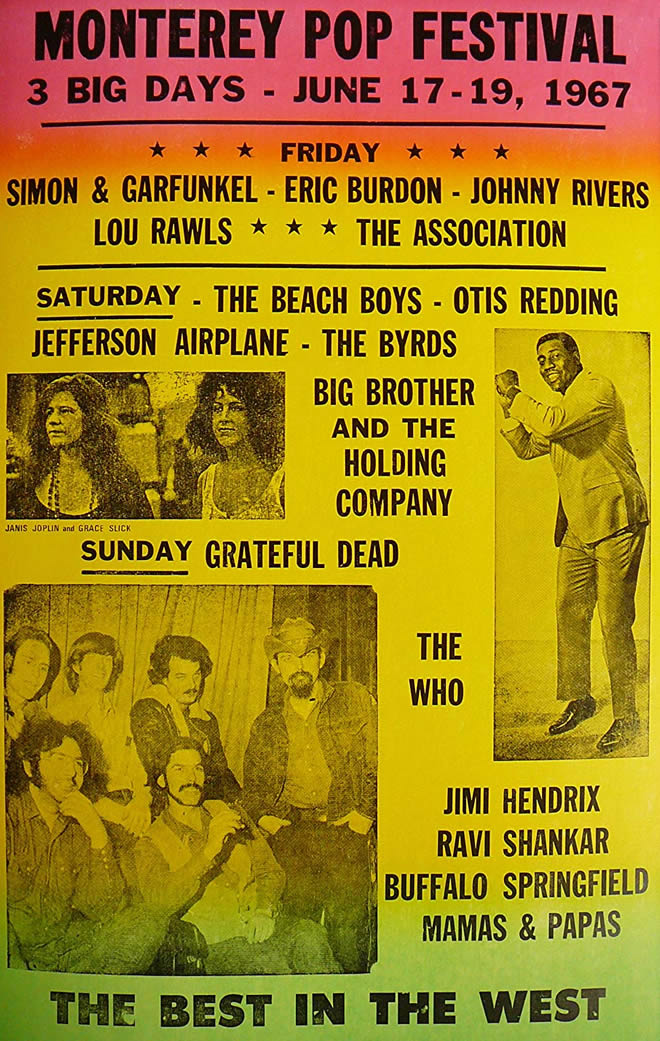 Monterey was the concert that propelled The Who into the American mainstream. At the end of their frenetic performance of “My Generation”, the audience was stunned as guitarist Pete Townshend began smashing his guitar, amid smoke bombs and explosions. Frightened roadies rushed onstage to scurry expensive microphones to safety.

Rolling Stone Brian Jones who was seen milling around with his German girlfriend, Nico, introduced Jimi Hendrix to the crowd. Few people even knew who he was when he arrived on stage in a ruffled orange shirt and crotch-strangling red trousers. The guitarist played a blinding set which ended with an unpredictable version of “Wild Thing“, which he capped by kneeling over his guitar, pouring lighter fluid over it, setting it aflame, and then smashing it.

John Phillips, of The Mamas and The Papas, as one of the organizers, got it together enough to write ‘If You’re Going To San Francisco’ (Be Sure To Wear Flowers In Your Hair) specifically to promote the festival, the song becoming a hit for Scott McKenzie. The song ‘Monterey’, by Eric Burdon and the Animals, (who played on the first day of the festival) was written about their experience, and mentions several other bands/individuals who were there. It was released in November, 1967 (five months later.)

The Monterey Pop Festival embodied the themes of San Francisco as a focal point for the counterculture and is generally regarded as one of the beginnings of the “Summer of Love” featuring bands that would shape the history of rock and affect popular culture from that day forward.

An estimated 200,000 attended over the three days. Within 24 hours of the festival emptying, the local mayor drafted a resolution outlawing any gathering of more than 2,000 people on the field where the Summer of Love had flowered. I wonder if those who live there now, (there is a golf course on the spot and the hillside is covered with million-dollar condominiums), know the story of what happened at the birth of The Summer of Love.

The following fans’ accounts of attending Monterey Pop Festival are taken from the This Day in Music book Jimi Hendrix – The Day I Was There which contains over 500 stories from people that saw Jimi Hendrix live. Available in print and all digital formats.

I WAS THERE: PAUL BODY

If you read UK music paper the NME in the early part of ‘67, you knew who Jimi Hendrix was. If my memory serves me well, they compared him to an African Bushman as he was so wild on stage. So later, when we heard he was playing the Monterey Pop Festival, we had to see him. We didn’t know anything about how to get tickets. That wasn’t going to stop us, and neither was my having a job, which I quit to go to Monterey. Originally Jimi and The Who were playing on di erent days.

As much as we wanted to see Hendrix, we bought tickets for Sunday. I think we voted on it or something. We saw Otis Redding, Janis Joplin, the Electric Flag, Bu alo Spring eld and The Byrds with David Crosby and that STP sticker on his guitar. Sunday rolled around and Jimi had been switched to that day. So after days of breathing in the same air as Brian Jones and Nico, days of trying spot The Beatles, who were rumoured to be there, after days of patchouli oil and hippie girls, it had come down to the last night. Eric Burdon introduced The Who and they opened with my favourite Who song, ‘Substitute’. Then they saluted rock’n’roll’s past with a scorching version of ‘Summertime Blues’ and destroyed the stage during ‘My Generation’.

Some people wereshocked, but I had seenthem do it on TV, so I knew what was coming. As the smoke cleared, I had visions of ‘Pictures of Lily’ in my mind. Brian Jones, dressed in all sorts of owing robes with his perfect blond hair, introduced The Jimi Hendrix Experience. They started o with ‘Killing Floor’, a Howlin’ Wolf song. Jimi was taking the blues out of the juke joints and bringing them to the suburbs. ‘Hey Joe’ was cool, totally unlike the Love version. Jumping Jimi’s version was moody. The introduction to the Dylan song, ‘Like a Rolling Stone’, was hilarious. At this time, we had only heard of ‘Foxy Lady’ and ‘Purple Haze’, so he o ered up those two magni cently. Oh, and he looked damn cool. All three of them – Jimi, Mitch and Noel – looked smashing. I felt like the girl in Wizard of Oz, like I wasn’t in Kansas anymore, everything had shifted. ‘Wild Thing’ ended the night with Ronson lighter uid, feedback and Jimi rolling around on the oor. Robert Christgau hated it, called Jimi a psychedelic Uncle Tom. To paraphrase Walter Brennan in Red River, you were wrong, Mr Christgau. Quit my job? Man, I would do it again. Jimi and the fellas were something.

I WAS THERE: JOAN JAMES

He was awesome. He could make that guitar laugh, cry, talk, whine, whatever. As I’m sure you know, he burned it. Very dramatic. Everyone was high so maybe the effect wasn’t as shocking as it might have been. He wasn’t that well known (at least I hadn’t heard of him) prior to that. It put him on the map.

My Dad bought me day and night tickets for all three days. He’d drop me o at 9am for me to roam the fairgrounds all day on my own, then I had to meet up with my older sister (who Dad paid to chaperone me) for the evening shows then drive me home. Dad got great seats just to the left of the stage – a great vantage point for all the music that weekend.

My sister wasn’t a real big fan of having to go every night to ‘have’ to listen to the music, smell the pot, hippies, etc. The one act she enjoyed hearing? The Who, until they started breaking up the equipment and stage. When Jimi lit up the guitar she actually left our seats and left the grandstand, but if someone mentions the festival to her now? OMG,
‘It was wonderful!’ I was thoroughly in heaven all three days, all the people-watching I did, hearing Janis in the afternoon, knowing in my gut she was going to be a phenomenon, and when they brought her back for the evening show I knew I was seeing history. When Jimi walked out on stage it was electric throughout the grandstand. We all knew we were in the midst of something incredible! Except for my sister, of course. 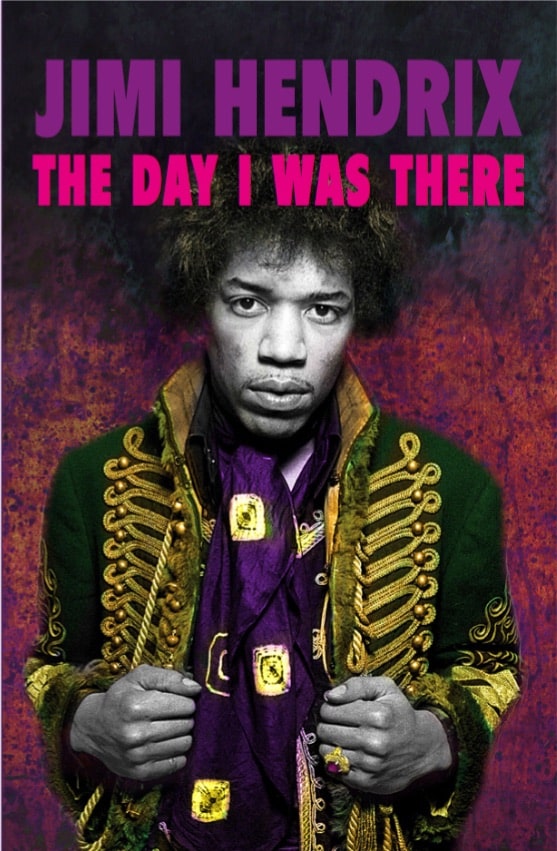