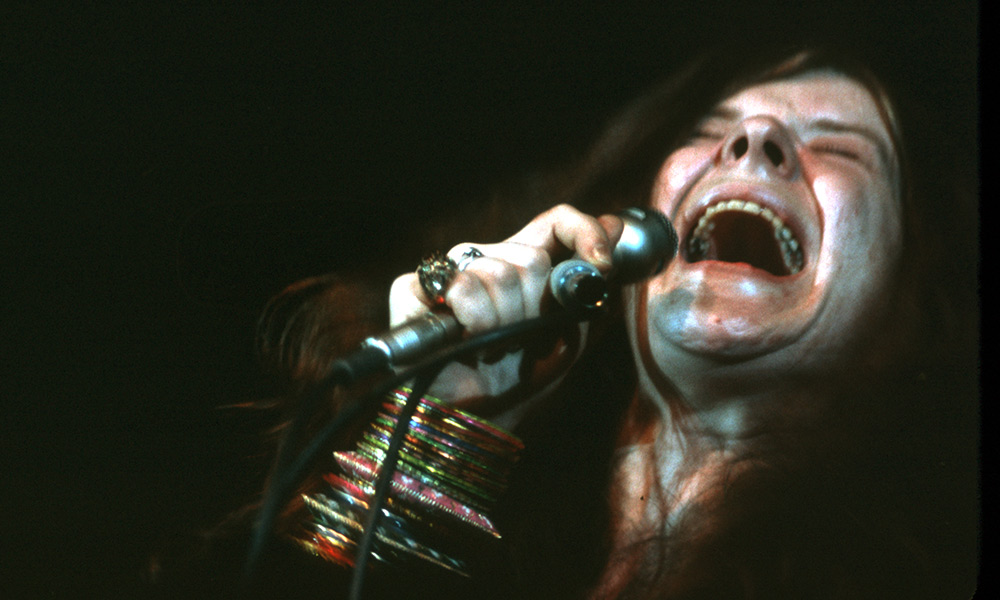 On 4th Oct 1970, singer Janis Joplin was found dead at the Landmark Hotel in Hollywood after an accidental heroin overdose.

Just like there’s only one Joni Mitchell, and only one Aretha Franklin, there was only ever one Janis Joplin. No one else could come close. Janis was unique – she was the Queen of Psychedelic Soul.

Janis Joplin was born in Port Arthur, Texas, on January 19, 1943, to Dorothy Joplin, a registrar at a business college, and her husband Seth Joplin, an engineer at Texaco. Janice was different. As a teenager, she befriended a group of outcasts, one of whom had albums by African-American blues artists Bessie Smith and Leadbelly, and it was while listening to these that Joplin discovered she had an inborn talent to sing the blues.

Joplin graduated from high school in 1960 and attended the University of Texas at Austin, though she did not complete her studies. The campus newspaper The Daily Texan ran a profile of her in the issue dated July 27, 1962, headlined “She Dares To Be Different.” The article began, “She goes barefooted when she feels like it, wears Levi’s to class because they’re more comfortable, and carries her Autoharp with her everywhere she goes so that in case she gets the urge to break into song it will be handy. Her name is Janis Joplin.

Around 1963, Janice left Texas for San Francisco and made some early recordings of blues standards with future Jefferson Airplane guitarist Jorma Kaukonen. It was also during this period that Joplin’s drug intake increased, topped with heavy drinking sessions.

In 1966, Joplin’s bluesy vocal style attracted the attention of the psychedelic rock band Big Brother and the Holding Company, a band that had gained some renown among the west coast hippie community. Janice became their singer, and the group soon signed a deal and saw their debut album released by Columbia Records in August 1967.

Their breakthrough came with the release of their second album. Cheap Thrills topped the US charts for eight weeks and a star was well and truly born. This was Joplin’s destiny; it’s been said during the recording of the album Joplin was always the first person to enter the studio and the last person to leave. The album captured their raw sound and even included the sounds of a cocktail glass breaking and the broken shards being swept away during the song “Turtle Blues”.

Janice was fast becoming a star. Time magazine called her “probably the most powerful singer to emerge from the white rock movement,” and Vogue stated Joplin was “the most staggering leading woman in rock… she slinks like tar, scowls like war… clutching the knees of a final stanza, begging it not to leave… Janis Joplin can sing the chic off any listener.”

The Lord never did buy Janis a Mercedes-Benz, but in 1968 with the first real money, she made she treated herself to an eye-catching 1965 Porsche Cabriolet Super C – which was pained in bright rivers of yellow, orange, pink, and turquoise with a bloodied American flag on the trunk.

With this success came the usual workload of a heavy touring schedule, TV appearances, and more recording sessions. By early 1969 the singer was allegedly shooting at least $200 worth of heroin per day.

One of her last live performances was at the Concert for Peace at New York’s Shea Stadium with Steppenwolf, Paul Simon, Poco, and Johnny Winter. The concert date coincided with the 25th anniversary of dropping an atomic bomb on Hiroshima, Japan.

Janis made her last recordings on October 1, 1970, when she laid down ‘Mercedes Benz’ and a birthday greeting for John Lennon, whose birthday was October 9 (Lennon later told of how her taped greeting arrived at his home after her death). On Saturday, October 3, Joplin attended Sunset Sound Recorders in Los Angeles to listen to instrumental tracks prior to recording her vocals, which were scheduled for the next day. She never returned.

When Joplin failed to show up at Sunset Sound Recorders for the next recording session by Sunday afternoon, producer Paul A. Rothchild became concerned. Full Tilt Boogie’s road manager, John Cooke, drove to the Landmark. He saw Joplin’s Porsche in the parking lot. Upon entering her room, he found her dead on the floor beside her bed. The official cause of death was an overdose of heroin, possibly combined with the effects of alcohol.

On 26 October 1970, a wake was held at Lion’s Share in San Anselmo, California to celebrate the singer’s life. Almost as though she’d had a premonition about her own death, Janis had left $2,500 in her will to throw a wake party in the event of her demise. The party was attended by her sister Laura and Joplin’s close friends. Brownies laced with hashish were unknowingly passed around amongst the guests. Joplin was cremated in the Pierce Brothers Westwood Village Mortuary in Los Angeles; her ashes were scattered from a plane into the Pacific Ocean and along Stinson Beach.

If Janice had lived, she probably would have released another 20 albums by now. She probably would’ve appeared on Letterman a few times, maybe won a Grammy like Bruce Springsteen and Bob Dylan. Maybe even recorded duets with Elton John or Robert Plant. But sadly, we’ve never had the pleasure of seeing or hearing any of this.

R.I.P. the Queen of Rock and Roll.