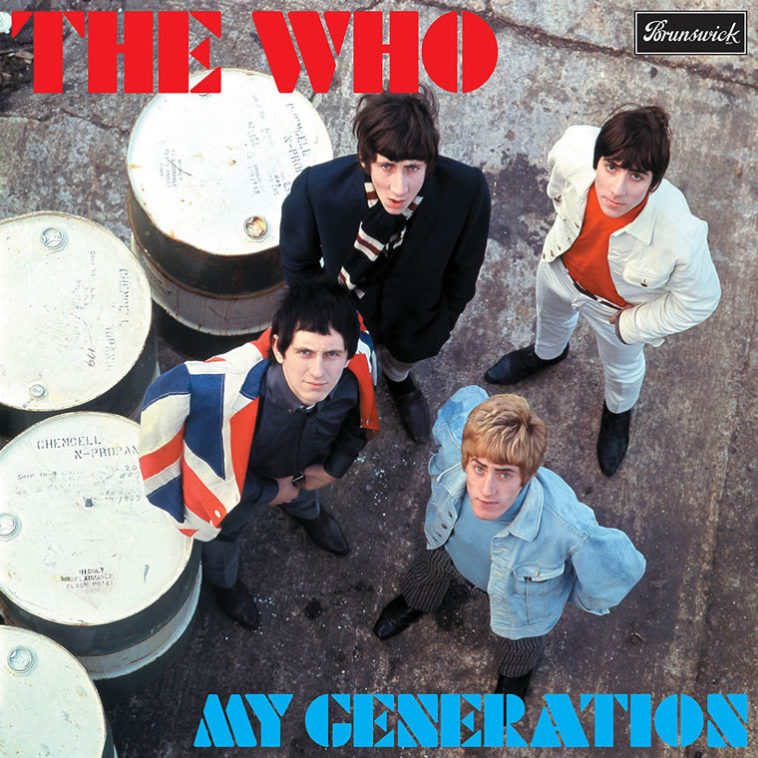 On Oct 13th 1965, The Who recorded ‘My Generation’, at Pye studios, London. When released as a single it reached No.2 on the UK chart, held off the No.1 position by The Seekers ‘The Carnival Is Over’, (it should’ve been a No.1). Roger Daltrey would later say that he stuttered the lyrics to try to fit them to the music. The BBC in the UK initially refused to play the song because it did not want to offend people who stutter.

‘My Generation’ was named the 11th greatest song by Rolling Stone on their list of the 500 Greatest Songs of All Time and 13th on VH1’s list of the 100 Greatest Songs of Rock & Roll. It’s also part of The Rock and Roll Hall of Fame’s 500 Songs that Shaped Rock and Roll and is inducted into the Grammy Hall of Fame for “historical, artistic and significant” value. High praise indeed. And it deserves it; the song is 3.19 of pure energy and attitude. When you hear ‘My Generation’ you hear the Who on their way to becoming one of the great British rock groups.

The song went through various stages as they tried to perfect it. Written by a 20-year-old Pete Townshend, it began as a slow song with a blues feel, and at one point had hand claps and multiple key changes. The final product was at a much faster tempo than the song was conceived; it was the Who’s manager Kit Lambert’s idea to speed it up.

Like all great songs from a group defining their sound and feel, all four members made valuable contributions.

Townshend who reportedly wrote the song on a train is said to have been inspired by the Queen Mother who is alleged to have had Townshend’s 1935 Packard hearse towed off a street in Belgravia, London because she was offended by the sight of it during her daily drive through the neighbourhood.

Various stories exist as to the reason for Roger Daltrey’s distinctive vocal delivery. One is that the song began as a slow “talking” blues number without the stutter. Another reason is that it was suggested to Daltrey that he stutter to sound like a British mod on ‘speed’. It is also proposed, albeit less frequently, that the stutter was introduced to give the group a framework for implying an expletive in the lyrics: “Why don’t you all fff… fade away!” However, producer Shel Talmy insisted it was simply “one of those happy accidents” that he thought they should keep.

‘My Generation’ features one of the first bass solos in Rock history. John Entwistle used a new-on-the-market Danelectro bass to play it, but after he kept breaking strings trying to record it, the bassist ended up recording his parts on his trusted Fender Jazz bass.

Entwistle (aka The Ox), was the least visible member of the band, and his bass solos on this song threw off directors when The Who would perform the song on TV shows. When it got to his part, the cameras would often go to guitarist Pete Townshend, and his fingers wouldn’t be moving.

And drummer Keith Moon’s contribution to the song? Well, he played like he always did – like the complete madman that he was. And it sounds superb.

In a 1987 Rolling Stone magazine interview, Townshend explained: “‘My Generation’ was very much about trying to find a place in society. I was very, very lost. The band was young then. It was believed that its career would be incredibly brief.”

In 1965, Daltrey claimed he would kill himself before reaching 30 because he didn’t want to get old. He continued to perform the song, explaining that it is about an attitude, not a physical age.

The performance of “My Generation” on the Smothers Brothers Comedy Hour was another defining moment in the television comedy series. As they often did during that period, The Who destroyed their instruments at the conclusion of their performance. However, a stagehand, at the request of Keith Moon, had overloaded Moon’s kick drum with explosives. When they were detonated, the explosion was so intense that Moon was injured by cymbal shrapnel and bandmate Pete Townshend’s hearing was permanently damaged.

We have a book! The Who – I Was There which contains over 400 eyewitness accounts from fans who saw The Who live in concert. Available in print and all digital formats. 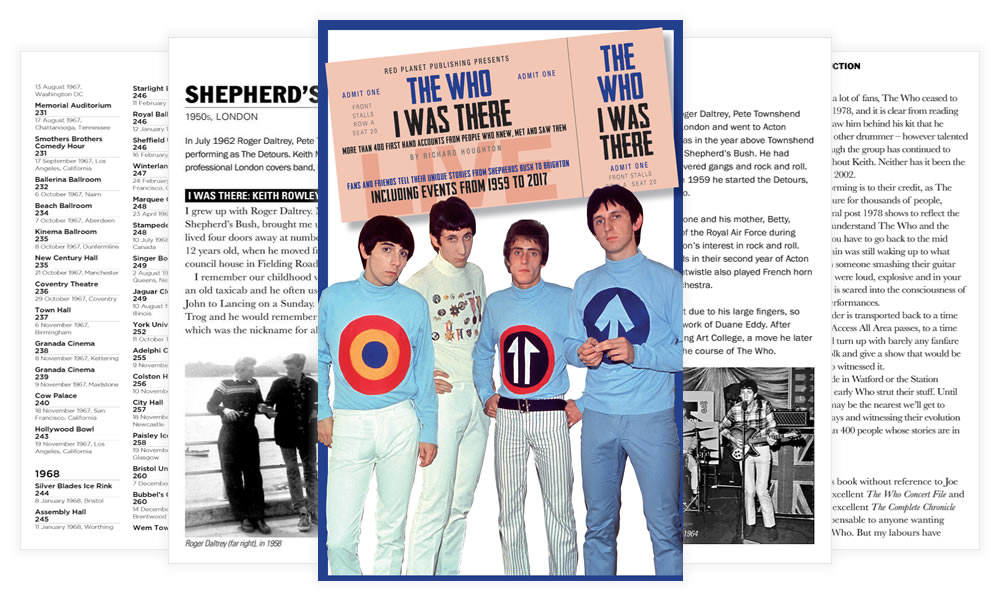