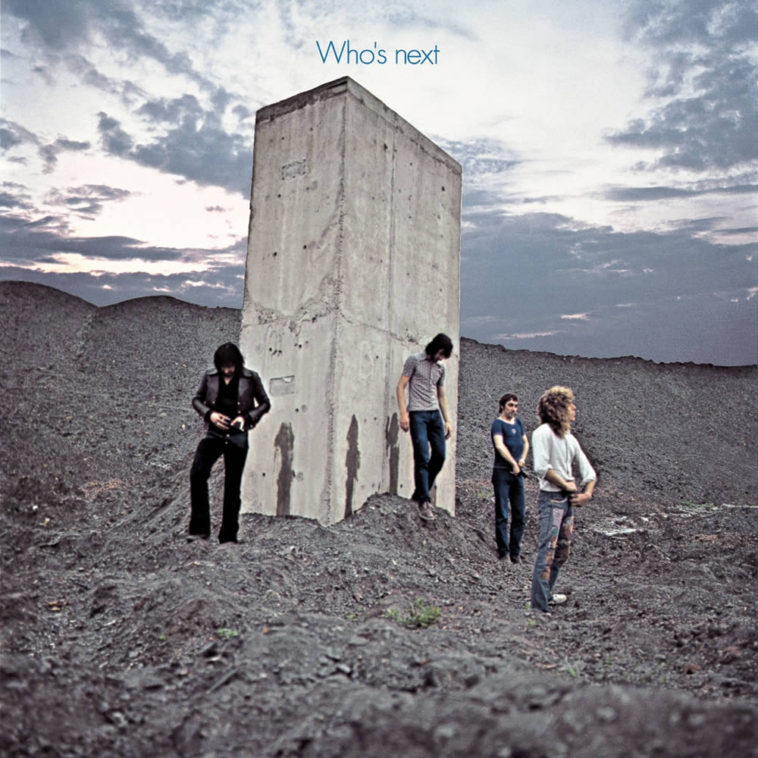 After releasing Tommy in mid-1969, The Who went on an extended world tour to promote it, and returned to England at year’s end with a desire to release a live album from the tour. However, the band balked at the prospect of listening to approximately 80 hours of accumulated recordings to decide which would make the best album and it was rumoured that the tapes were subsequently burned to prevent bootlegging. Two shows were consequently scheduled, one at the University of Leeds and the other in Hull, for the express purpose of recording and releasing a live album which resulted in Live At Leeds.

The follow-up, Who’s Next, The Who’s fifth album, had its roots in the futuristic rock opera Lifehouse project, which composer/guitarist/singer Pete Townshend has variously described as intended to be both recorded live and as the music for a scripted film project. Planned as the follow up to Tommy, the album was inspired by Townshend’s experiences on the Tommy tour, but in the process of trying to develop it as a concept, the project was eventually abandoned as a rock opera in favour of creating a more traditional rock album, which became Who’s Next.

According to the sleeve notes of the expanded CD reissue of Who’s Next, the script of Lifehouse was set in the near future and concerned a totalitarian society devoid of rock music, in which the oppressed youth discover that rock had a purifying, liberating effect upon themselves. The ‘Lifehouse’ was the place where the music was played and where the young people would collect to discover rock music as a powerful, almost religious cult.

In the process, the project was intended to explore elements of science fiction, electronics, mysticism and what was to become known as virtual reality. One particularly forward-looking idea, which no-one understood at the time, was ‘The Grid’, a way of connecting everyone in the world electronically, ie the Internet.

While it was still being considered as a film project, Pete Townshend planned to ‘workshop’ the process, in front of an interactive audience to demo up the material for and with the band. Accordingly, it was arranged to book the Young Vic theatre in Waterloo, London, and an audience was assembled, but the process didn’t really work. Who co-manager and erstwhile producer, Kit Lambert, had relocated to New York, and suggested the band should go there for two weeks and record the songs with him at The Record Plant, using engineer Jack Adams. Those sessions proved equally unproductive, so the band returned to the UK, hired veteran engineer/producer Glyn Johns and recorded more songs at Mick Jagger’s country retreat, Stargroves, with the Rolling Stones mobile studio. The basis of the released version of Won’t Get Fooled Again was recorded at Stargroves, plus a version of Behind Blue Eyes, although no-one is sure whether it ended up on the album.

After all of the above, Glyn Johns took the reins and marshalled The Who at Olympic Studios in Barnes, south London, from 12th April 1971, building some tracks on the New York sessions and starting others from scratch. Although the Lifehouse album as a concept had been abandoned, much of the project remained present in the final album, and in fact, right up until June 1971, when most of the material was finished and being mixed, a double album was still planned. It was Glyn Johns who argued that, since the songs didn’t carry any narrative progression, a single album would have a sharper focus and a great impact.

Pete Townshend developed an infatuation with synthesisers during the recording of the album and used the early synths and modified keyboard sounds in several modes, most notably on Baba O’Riley and Won’t Get Fooled Again. Townshend also used an envelope follower to modulate the tone spectrum of his guitar on Going Mobile, giving it a distinctive squawking sound, similar to an automatic wah-wah pedal, that degenerates into a bubbling noise at the end of the song.

The album’s opener, Baba O’Reilly, (inspired by Townshend’s spiritual leader Meher Baba and electronic musician Terry Riley), sets the pace, with lead singer Roger Daltrey laying down authoritative vocals, joined by Townshend’s more plaintive middle eight for: ‘Don’t cry / Don’t raise your eye / It’s only teenage wasteland’. It was Keith Moon who had the idea of inserting a violin solo at the end of the song, during which the style of the song shifts from crashing rock to an Irish folk-style beat, hence the album credit ‘violin produced by Keith Moon’. The violin part was played by Dave Arbus, a friend of Moon’s from British progressive rock band East Of Eden, who were a popular live act on the college circuit at the time. In fact East Of Eden had their only hit, the unrepresentative folk-rock Jig A Jig, in April 1971, so The Who could have been said to have been tapping into the genuine folk-rock movement, which was a force at the time, spearheaded by Fairport Convention, Steeleye Span and Lindisfarne. Jig A Jig speeds up towards the end of the song, so that might have been where Townshend / Moon got the inspiration for Baba O’Riley to do the same.

Townshend later claimed in an interview that, at least in part, Baba O’ Riley was about what he witnessed during the Who’s performance at Woodstock – that Baba O’ Riley was about the absolute desolation of teenagers at Woodstock, where many of the audience were incapacitated by LSD or other drugs. The contradiction was that it had become a celebration: ‘Teenage Wasteland / We’re all wasted!’

John Entwistle’s My Wife (to be released as the B-side to Baba O’ Riley), saw the bassist take on lead vocals, bass, piano, and the horn section. The protagonist had gone out, got drunk, was gone for a period of time (partly due to being locked up in the drunk tank) and was in fear of his wife because she thought he was spending time with another woman. Perhaps written from first-hand experience, My Wife sits comfortably on the album surrounded by the remainder of the tracks, all written by Townshend. Ironically Entwistle said later that he felt ‘The Who’s version didn’t swing like I’d intended’, so he re-recorded it for his second album Whistle Rhymes, released the following year.

One of the standout tracks is the album’s closer, Won’t Get Fooled Again. The eight and a half minute epic became a perennial favourite on classic rock radio stations and a concert staple for the band. The track showcases all four members of the Who at their peak, from Townshend’s crashing guitar chords, Keith Moon’s frantic drumming, Daltrey’s famous scream and the rock-solid bass of ‘The Ox’, John Entwistle.

On July 4th, 1971, the day after the band played a show at Sheffield City Hall, they were travelling to that night’s show at Leicester De Montfort Hall, when they, and photographer Ethan Russell, spied a concrete monolith at Easington Colliery. The final shot, of the band apparently having just urinated on the concrete block, owed something to outside help, according to Russell. Most of the members were unable to urinate, (maybe they hadn’t been to the pub yet), so rainwater was tipped from an empty film canister to achieve the desired effect. The original sky was rather grey, so the bright blue background was stripped in from an earlier idea, depicting Pete Townshend’s motorhome on an unobstructed hillside. The photograph is often seen to be a reference to the monolith discovered on the moon in the film 2001: A Space Odyssey, which had been released only about three years earlier. In 2003, VH1 named the Who’s Next album cover one of the greatest of all time.

An earlier cover design had featured photographs of obese nude women but never actually appeared on the album. An alternative cover featured drummer Keith Moon dressed in black lingerie, holding a rope whip, and wearing a brown wig. Some of the photographs taken during these sessions were later used as part of Decca’s United States promotion of the album.

Released in August 1971, Who’s Next was an instant success, and is still regarded today as one of the Who’s best albums – certainly up there as one of the best written, recorded and performed rock albums of all time. The song collection is one of The Who’s most cohesive, and phrases like ‘Meet the new boss / Same as the old boss’ from Won’t Get Fooled Again are still being referred to, illustrating the prescience of Pete Townshend’s thinking.

Won’t Get Fooled Again preceded the album in July 1971, peaking at #9 in the UK, and reaching #15 in the US. The album hit #1 in the UK, their first chart-topper in their homeland, and #4 in the US, who released the follow-up single Behind Blue Eyes in December, which reached #34.

Who’s Next has been named one of the best albums of all time by VH1 (#13) and Rolling Stone (#28) and was also ranked #3 in Guitar World’s Greatest Classic Rock Albums list. 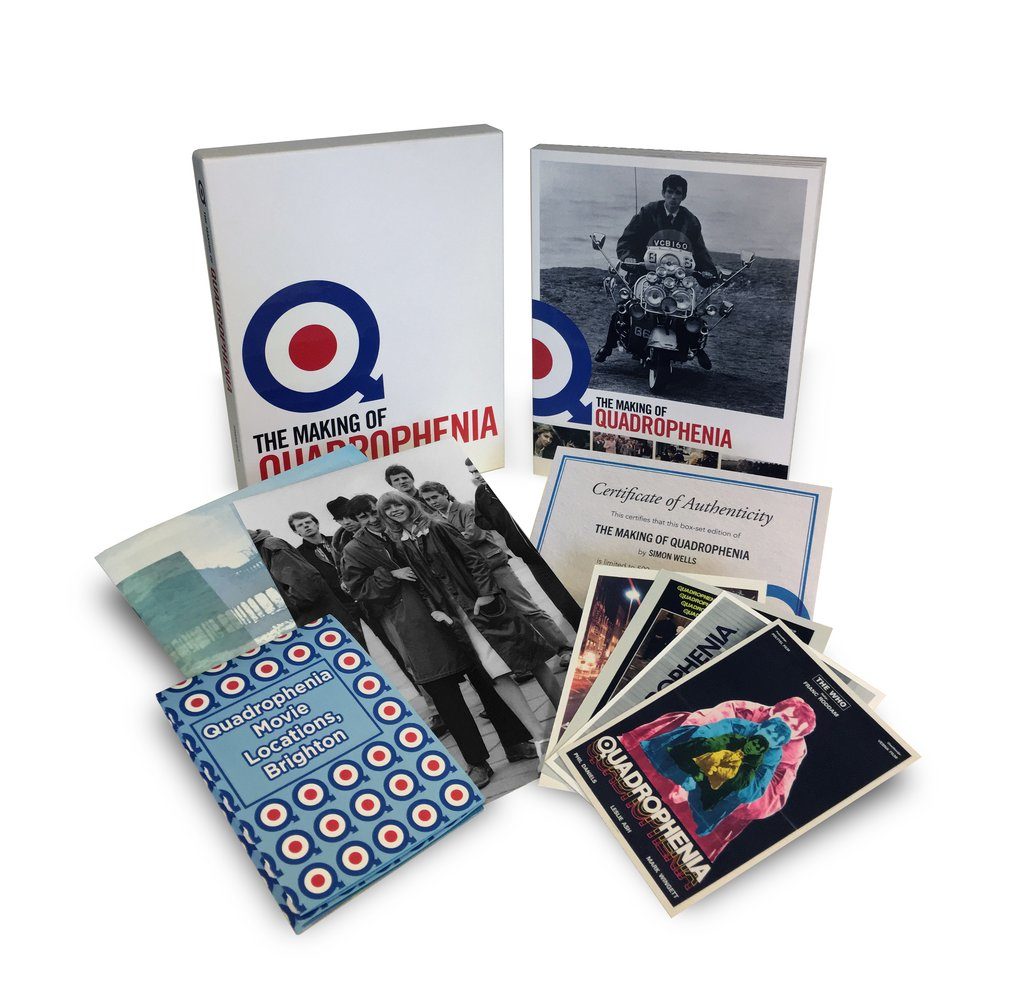