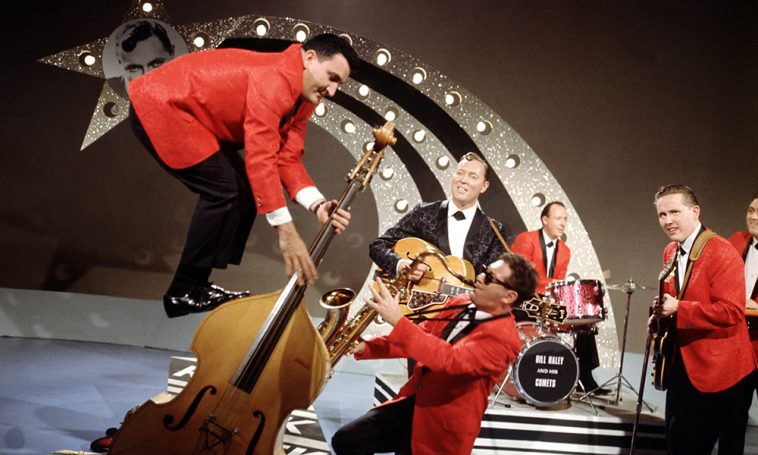 Bill Haley was one of the earliest acts to bring rock and roll to the attention of white America and the rest of the world. He sold over 60 million records during his career.

As a rule, people don’t like new things. Or is it the media who don’t like change? With any new craze, we – the public are always warned about the hidden dangers of the ‘new fad’.

This happened at the birth of Rock & Roll.

Fans of rock ‘n’ roll music were warned that tuning into music on the car radio could cost you more money. Researchers from the Esso gas company said the rhythm of rock & roll could cause the driver to be foot heavy on the pedal, making them waste fuel.

Rock ‘n’ Roll fans in Cleveland aged under 18 were banned from dancing in public (unless accompanied by an adult), after Ohio Police introduced a law dating back to 1931.

In 1955, after complaints from his neighbours, Rock ‘n’ Roll fan Sidney Adams was fined £3 and 10 shillings, ($9.80) by a London Court after playing Bill Haley’s “Shake Rattle and Roll” all day at full volume.

Haley was always an unlikely pop star. Blinded in his left eye as a child due to a botched operation, he later adopted his distinctive spit-curl hairstyle to distract attention from his blind eye. He wasn’t sexy, he looked more like a bandleader or your uncle than a rock ‘n’ roll star. 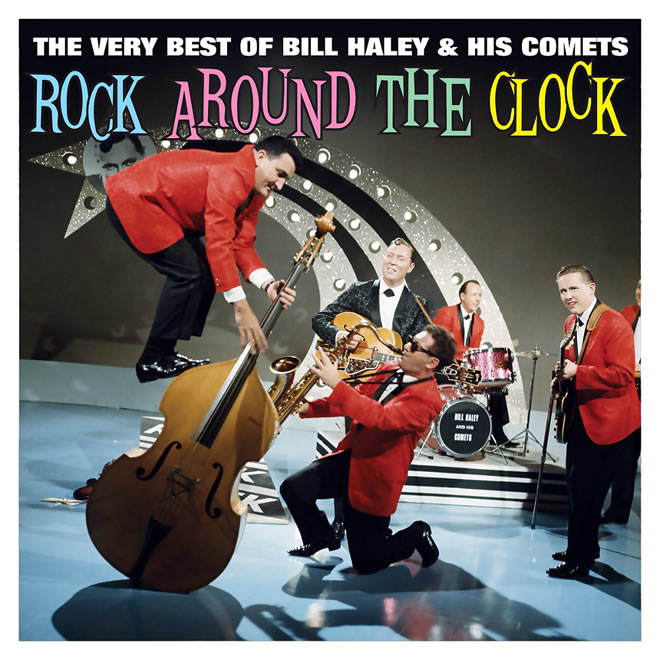 William John Clifton Haley was born at Highland Park, Michigan. His father, William Albert Haley was from Firebrick, Kentucky. His mother, Maude Green was English, she came from Ulverston in Lancashire and had emigrated to the States during her teens.

At home, Bill was surrounded by music, his father played the Banjo, his mother who had been classically trained, taught piano. Little did Bill know that later in life he would be responsible for bringing a new dangerous beat to popular music.

Haley paid his dues. In his late teens, Bill found work playing the local amusement parks, his first break came when he signed on with ‘Cousin Lee’s Band’ who had a popular radio show. Haley sang, played his guitar and yodelled. He also worked with a travelling medicine show. At the age of 22, Haley was hosting a local radio programme on the newly formed station WPWA.

When “Rock Around the Clock” appeared behind the opening credits of the 1955 film Blackboard Jungle it soared to the top of the American Billboard chart for eight weeks. After the record rose to #1, Haley was quickly given the title “Father of Rock and Roll,” by the media.

A self-admitted alcoholic, Haley fought a battle with alcohol into the 1970s. Nonetheless, he and his band continued to be a popular touring act. In 1980 it was reported that Haley had a brain tumour, a doctor at the clinic where Haley had been taken said, “The tumour can’t be operated on anymore.”

On 9th Feb 1981 Haley was found dead – fully clothed on his bed at his home in Harlingen, Texas from a heart attack.

So there we have it. The final twist in the tale is all of this almost didn’t happen. The recording session in 1954 was about to be cancelled because the band were travelling on a ferry that got stuck on a sandbar en route to New York from Philadelphia.

Once at the studio, the producer insisted the band work on a song entitled “Thirteen Women (and Only One Man in Town)” – which was going to be Haley’s first single for his new label Decca. Near the end of the session, the band finally recorded a take of “Rock Around the Clock,” but Haley’s vocals were drowned out by the band. A second take was quickly made with minimal accompaniment. Decca engineers later combined the two versions together into one version. And that is the song as we know and love.

The same year, newer stars came and took over the charts – Elvis, Jerry Lee, Little Richard – but William John Clifton Haley did change the face of popular music as we know it – forever. Haley died on 9th February 1981.