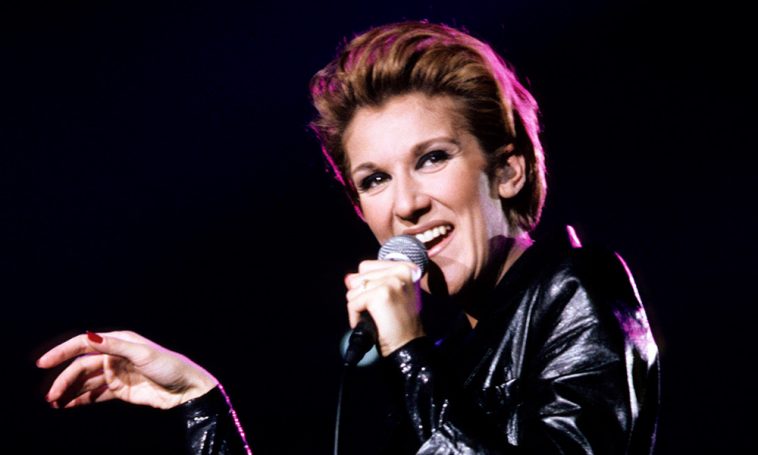 1. Céline Dion was born on 30 March 1968, in Charlemagne, Quebec, 15 miles (24 km) northeast of Montreal, and is the youngest of 14 children. She was named after the French singer-songwriter
Hugues Aufray song Celine, which was released two years before she was born.

2. On 13 August 1973, at the age of five, the young Céline made her first public appearance at her brother Michel’s wedding, where she performed Christine Charbonneau’s song “Du fil des aiguilles et du coton.”

3. At the age of 12, Céline recorded a demo tape of a song she had written with her mother. They sent the tape to the manager and producer Rene Angelil, who handled the career of popular French singer Ginette Reno. After hearing the tape and inviting Dion to perform for him in person, Angelil signed her immediately under the condition that he would have complete control over her career.

6. By the time she was 18; Céline had recorded nine French albums and won many different awards, paving her way to a lifetime of international stardom.

7. In 1988, she won the Eurovision Song Contest in Dublin, Ireland, representing Switzerland with her performance of the song “Ne Partez Pas Sans Moi, (Don’t Leave Without Me)”, which was broadcast live in countries throughout Europe, the Middle East, Australia and Japan.

8. “My Heart Will Go On” (written by James Horner and Will Jennings), serves as the main theme song to James Cameron’s blockbuster film Titanic, is one of the best-selling singles of all time, with worldwide sales estimated at 18 million copies. It became the second best-selling single by a female artist in history.

9. The main theme of “My Heart Will Go On” was inspired by “Flying Dutchman” a 1979 song by English prog rock group Jethro Tull. The Flying Dutchman is a legendary ghost ship that can never make port and is doomed to sail the oceans forever.

10. Tommy Mottola claimed that Dion recorded “My Heart Will Go On” in one take, and that demo is the version that was released.

11. For her 1997 Let’s Talk About Love album she collaborated with Barbra Streisand, the Bee Gees, Luciano Pavarotti, Carole King, George Martin, Diana King, Brownstone, Corey Hart. It became one of the best-selling albums in history, with sales of over 31 million copies worldwide.

12. In 2000, the National Enquirer published a false story about the singer. Brandishing a picture of Dion and her husband, the magazine misquoted her, printing the headline, “Celine — ‘I’m Pregnant With Twins!” She later sued the magazine for more than $20 million. The editors of the Enquirer printed an apology and a full retraction to her in the next issue, and donated money to the American Cancer Society in honour of her and her husband.

13. In 2008 Total Guitar magazine voted Dion’s rendition of the AC/DC track “You Shook Me All Night Long” from the their album Back in Black as the world’s worst cover version ever.

14. During the 2000s, she built her reputation as a highly successful live performer with “A New Day…” in Las Vegas Strip, which made Dion the “most profitable music act in Las Vegas” since Elvis Presley. According to Pollstar end of year data (2011–13), the residency had grossed $116.5 million, playing to 726,346 fans.

15. She has won five Grammy Awards, including Album of the Year and Record of the Year.

16. Billboard named her the “Queen of Adult Contemporary” for having the most number-ones on the radio format for a female artist.

18. She has been nominated more times than any other act at the Canadian Juno Awards, with 66 nominations and 20 wins.

21. Céline has hit the UK Albums Chart top spot 5 times over the course of her career, gracing the Top 10 on 11 occasions. All of her collections have altogether spent 513 weeks on the chart – that’s over 9 years in total.