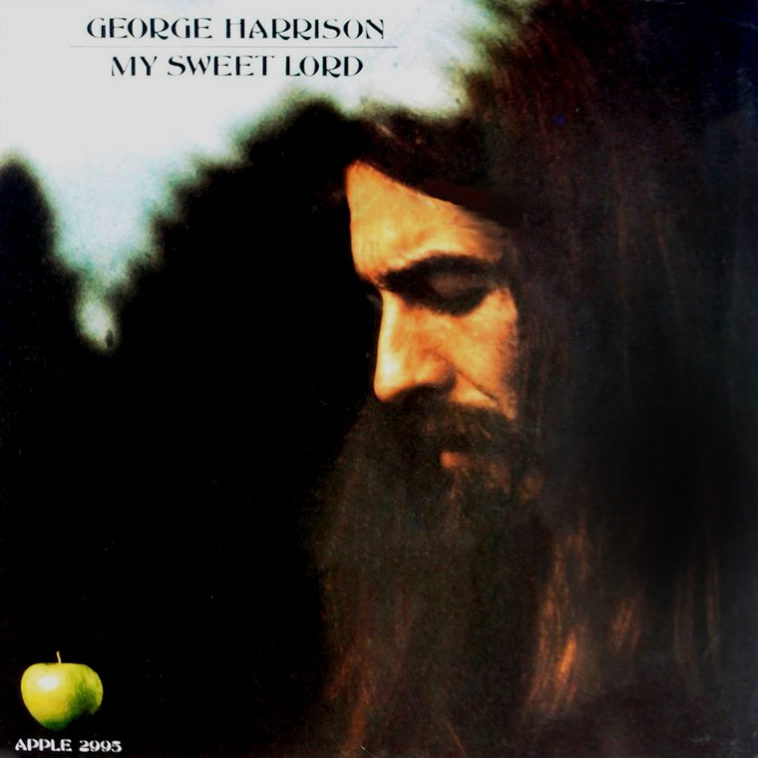 On February 22nd 1971, George Harrison was at No.1 on the UK singles chart with “My Sweet Lord.” The song from his album All Things Must Pass stayed at No.1 for five weeks and made Harrison the first solo Beatle to have a No.1. The track returned to the top of the UK charts in 2002, following his death.

Many critics say that his 1970 triple album All Things Must Pass is the finest solo Beatles effort and truly established Harrison as an equal to Lennon and McCartney. But the success of the song was marred by a long-running legal battle which in 1976 saw Harrison being found guilty of ‘subconscious plagiarism’ of the Ronnie Mack song “He’s So Fine.” Earnings from the song were awarded to Mack’s estate; the Chiffons, who had scored a hit with “He’s So Fine” in the early ’60s, then recorded their own version of “My Sweet Lord.”

By the end of The Beatles, George had accumulated hundreds of songs, many of which found a home on All Things Must Pass. “My Sweet Lord” was originally intended for Billy Preston.

In December 1969, George was playing in Copenhagen, Denmark with Delaney and Bonnie and Friends. Billy Preston was part of that group. Harrison told the court that the song that became “My Sweet Lord” was conceived when he slipped away from a press conference and began “vamping” some guitar chords, fitting the chords to the words “Hallelujah” and “Hare Krishna.” Later, members of the band joined in and lyrics were developed. 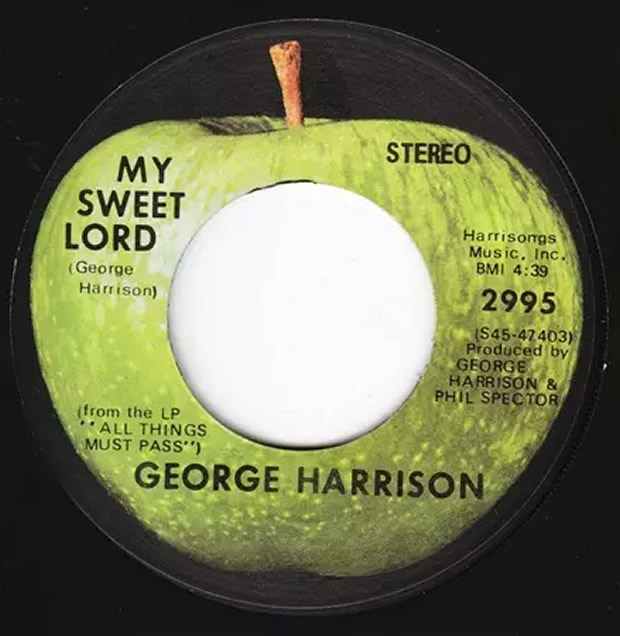 Upon returning to London, a few weeks later, Preston went into the studio to make an album, with Harrison producing. The unfinished “My Sweet Lord” was brought up, and was worked into a finished version. This recording was issued by Apple Records, and a “lead sheet” containing the melody, words, and harmony was submitted for the United States copyright application. George then later recorded his own version of the song during the All Things Must Pass sessions.

In an interview published in the November 27, 1992 issue of Goldmine magazine, Harrison stated that the events that occurred during the litigation of a claim that he had plagiarized the melody for “My Sweet Lord” would fill a book.

At that trial, the judge was called upon to make an analysis of the music of both “He’s So Fine” and “My Sweet Lord,” and Harrison himself testified about the process that occurred in writing his song. The Court noted that “He’s So Fine” incorporated two basic musical phrases, which were called “motif A” and “motif B.” Motif A consisted of four repetitions of the notes G-E-D, while B was G-A-C-A-C. The experts for each party agreed that this was a highly unusual pattern.

The judge said it was “perfectly obvious that the two songs were virtually identical,” but was convinced that neither Harrison nor Preston consciously set out to appropriate the melody. Harrison conceded that he had heard “He’s So Fine” prior to writing “My Sweet Lord,” and therefore, his subconscious knew the combination of chords in the song.

The Chiffons did a fine version of the Harrison classic and some would say Harrison had done the same! Around the time that the ruling was handed down Harrison himself stated, “99% of popular music that can be heard is reminiscent of something or other.”