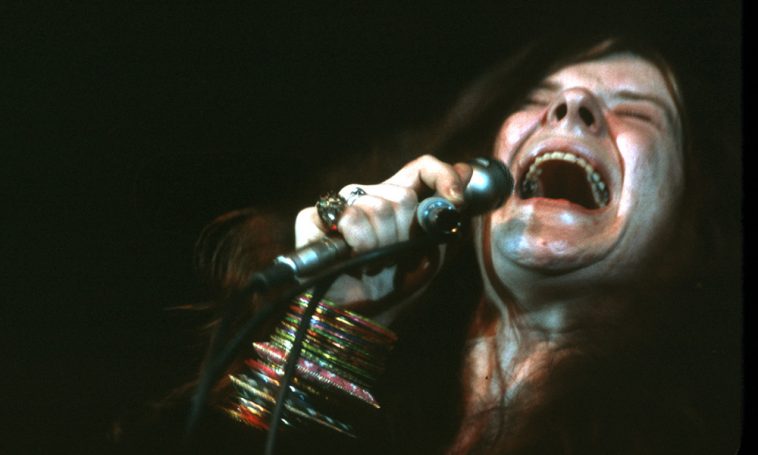 On 26 October 1970, a wake was held at the Lion’s Share in San Anselmo, California to celebrate the life of Janis Joplin. The singer who died of an accidental drugs overdose had left $2,500 in her will to throw a wake party in the event of her demise. The party was attended by her sister Laura and Joplin’s close friends. Brownies laced with hashish were unknowingly passed around amongst the guests. Joplin was cremated in the Pierce Brothers Westwood Village Mortuary in Los Angeles; her ashes were scattered from a plane into the Pacific Ocean and along Stinson Beach.

Now, that sounds like a great party. I’m always surprised to read how people (who have died) have gone to such great lengths to plan and organize their own send-off. Which Janis obviously did, in great detail; $2,500 in 1970 was a lot of money. Can you imagine her writing all this in her will? “Fifty bottles of dry white wine, 10 cases of beer…2 dozen hash browines.”

As a youth Joplin was ridiculed by her fellow students due to her unconventional appearance and personal beliefs. She later sang about her experience at school through her song “Ego Rock.” Early in her life, Joplin cultivated a rebellious and unconventional lifestyle, becoming a beatnik poet. She began her singing career as a folk and blues singer in San Francisco, playing clubs and bars with her guitar and auto-harp.

Joplin first rose to prominence in the late 1960s as the lead singer of the psychedelic-acid rock band Big Brother and the Holding Company, and later as a solo artist with her more soulful and bluesy backing groups, The Kozmic Blues Band and The Full Tilt Boogie Band. She was one of the more popular acts at the Monterey Pop Festival and later became one of the major attractions to the Woodstock festival and the Festival Express train tour.

Joplin was well known for her performing abilities and her fans referred to her stage presence as electric. At the height of her career, she was known as “The Queen of Rock and Roll” as well as “The Queen of Psychedelic Soul” and became known as Pearl amongst her friends. She was also a painter, dancer and music arranger.

Joplin’s death in October 1970 at the age of 27 stunned her fans and shocked the music world, especially when coupled with the death just sixteen days earlier of another rock icon, Jimi Hendrix. Music historian Tom Moon wrote that Joplin had “a devastatingly original voice.” Music columnist Jon Pareles of the New York Times wrote that Joplin as an artist was “overpowering and deeply vulnerable.” Author Megan Terry claimed that Joplin was the female version of Elvis Presley in her ability to captivate an audience.