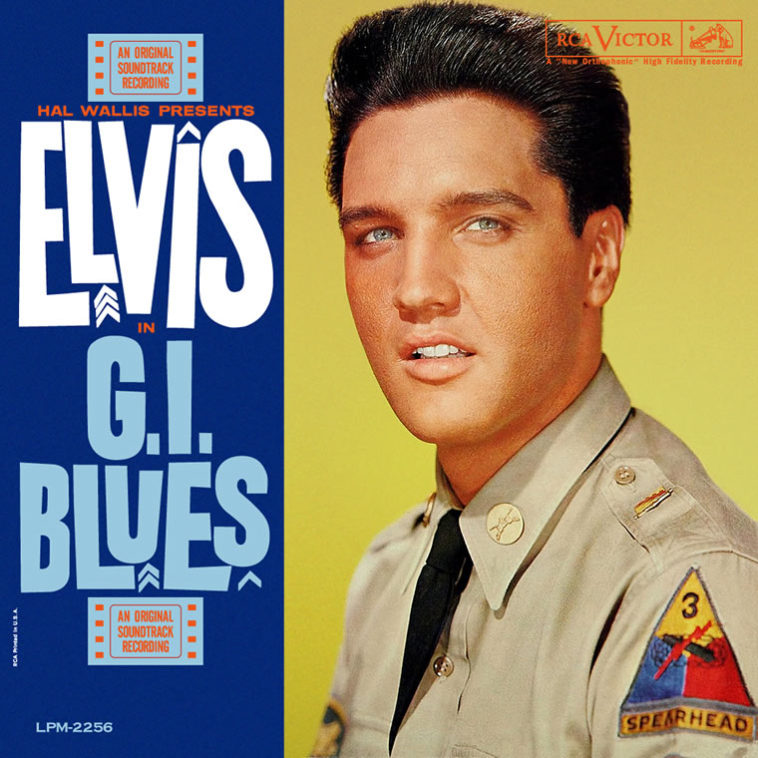 On Sept 22nd 1958, after receiving special permission from the US Army, Elvis Presley gave one last press conference at the Military Ocean Terminal in Brooklyn. He then joined the rest of the 3rd Armored Division on the USS General Randall for a voyage to Bremerhaven, Germany.

In 1953, well before he became the King of rock and roll, Elvis had registered with the US Selective Service System. Under the draft system, young men of good health were expected to be available from the age of 18 to serve in the military for two years.

Well, as one would expect, this was going to be one hell of a great PR exercise for the military. The most famous person on the planet was going to war (well, not quite war, but you know what I mean)!

On his 22nd birthday, the Memphis draft board held a press conference to announce that Elvis would be classified 1A and would be drafted sometime that year. With the news of Elvis’ forthcoming induction, the Navy and the Air Force offered bids for his services – the Navy offering to create a specially trained “Elvis Presley company” and the Air Force had a plan for him to tour their recruiting centers, to drum up new business. Elvis turned down both offers, not wanting any special treatment.

Elvis was going to serve his time like a regular G.I.

On March 24, 1958, at 6:35am, Elvis, accompanied by his parents and a group of family and friends, reported to the Memphis draft board. From there, he and 12 other recruits were bused to Kennedy Veterans Hospital. There, Elvis was assigned army serial number 53 310 761, and after his physical was put in charge of the group after being processed and sworn in.

Can you imagine, off you go to war, and you have Elvis in your company! The following day Elvis received his famous G.I. haircut and coined the phrase “hair today, gone tomorrow” in a comment to the news media. He was assigned to the Second Armored Division’s Hell On Wheels (is that where Paul McCartney got the name for his Jeep, which he named the song after?).

Within days, Elvis’ manager Colonel Tom Parker had received over 5,000 letters sent to Elvis at Fort Chaffee, Arkansas, wishing him well and telling him how much they missed him.

The singer, who was now earning just $78 a month, hadn’t even left the country; he was stationed in Fort Hood for ten weeks of advanced tank training. During this time his mother Gladys became very ill and sadly passed away on August 14. Elvis was granted emergency leave, flying from Fort Hood to Texas.

You can’t imagine anyone now in modern times (except maybe royalty) receiving so much media attention. This wasn’t in the plan, it became a circus. In just over a week, Elvis received over 100,000 cards and letters of sympathy at his loss.

Then, the following month the world’s most famous entertainer was finally leaving us. In Sept 1958, the troop train arrived in Brooklyn, New York at 9:00am. Along the way, his manager Colonel Tom Parker had organized a press conference at which he answered questions about his army duty, his music, and his Mom.

After the press conference, Elvis boarded the U.S.S. Randall, where he walked up the gangplank of the ship no less than eight times, toting a borrowed duffel bag, so the assembled photographers could all get a good shot.

Elvis, at last, had left the building.