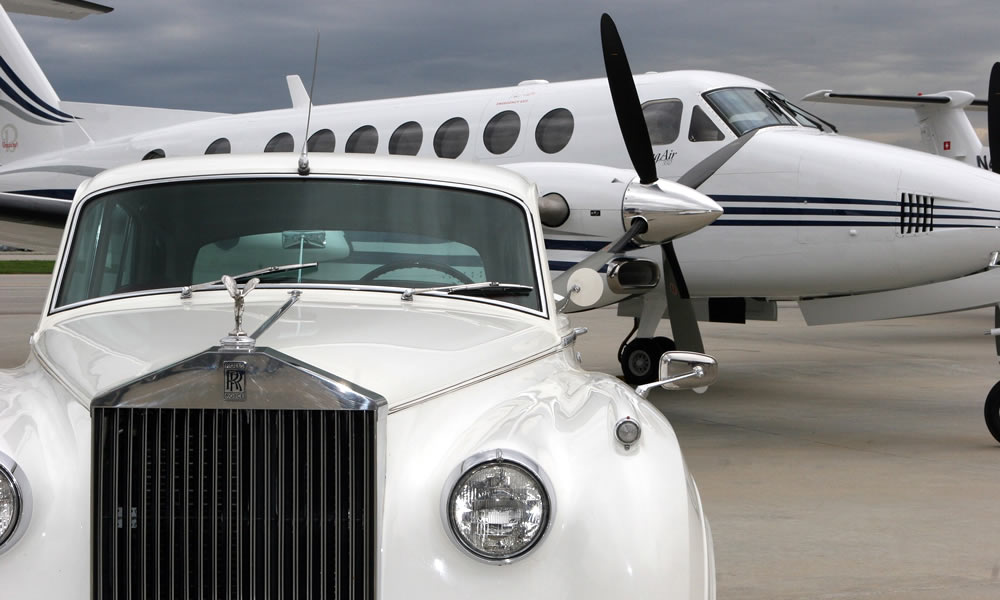 In Oct 2005, Freddie Mercury’s 1974 Rolls Royce was offered for auction on eBay by his family. The Silver Shadow luxury vehicle had already attracted bids of up to £8,400.

The late Queen star’s Silver Shadow was auctioned by his sister, Kashmira Cooke, who had owned the car since the singer died from AIDS in November 1991. With just 62,000 miles on the clock, it came with an unused box of tissues the singer always stored in the car.

eBay has, of course, come an awfully long way since 1995, when 28-year-old software developer Pierre Omidyar, who had previously worked for Apple Computers, sat down to write the code that would eventually evolve into what we know as eBay.

Originally called AuctionWeb, the site began with the listing of a single broken laser pointer. Though Pierre had intended the listing to be a test more than a serious offer to sell at auction, he was shocked when the item sold for $14.83. Pierre knew that he’d created something big as soon as he contacted the winning bidder to ask if he understood that the pointer was broken. “I’m a collector of broken laser pointers,” came the reply.

I would guess that most of you have used eBay at some point to either buy (something you’ve been on the lookout for ages for) or sell (something that has no use to you any more, but you were hoping some sucker out there would pay you over the odds for). And over the years the site has sold all sorts of music-related items.

George Michael used the site to sell his luxury 3.9i Vogue Range Rover. I do hope George was honest in the description of the vehicle. A few dints here and there from his minor bumps, a few ‘hot rocks’ on the driver’s seat. The car boasted a “massive stereo” alongside “three massive amps under the rear seat and CD changers.” The nice thing is all the money raised from the sale was donated to charity.

Still in the automobile section: In 2007 the King of Rock and Roll’s 1965 Cadillac Eldorado convertible was sold on eBay for $119,900 by US motorcar firm Daniel Schmitt & Co. Elvis himself co-designed the car which until the sale was the property of the Elvis Presley Museum in Las Vegas. The Cadillac was finished with over 40 coats of gold pearlescent paint. But before placing a bid, beware. Elvis never actually got to drive the car, as he died before it was finished.

A while back, Rhett Hutchence, the younger brother of deceased INXS frontman Michael, landed himself in big trouble when selling some of the singer’s private belongings on eBay. The 44-year-old Aussie put various items up for sale to help with his move from the land of Oz to the Netherlands to be with his 28-year-old girlfriend. INXS fans were angered when they discovered he was flogging a private fax sent by Michael Hutchence to his then-girlfriend, singer Kylie Minogue.

People say that eBay attracts nutters. Really? On what grounds are you basing this?

The fact that a lump of chewing gum masticated by pop star Britney Spears sold for $263 after it was scraped off the floor of a London hotel where she had stayed.

Or how about N-Sync fan Kathy Summers, who spent $3,154 to own a piece of French toast partially eaten by her idol Justin Timberlake in 2006. Summers stated her plans for the memorabilia would be to “probably freeze-dry it, then seal it… then put it on my dresser.”

Did you know that the Pink Floyd song ‘Arnold Layne’ was about a guy who used to steal ladies’ underwear from washing lines? Well, he needn’t have bothered. Singer Cher sold her bra in 2007 for an undisclosed amount of money (which went to charity). And a couple of years back, some guy paid $3,000 for a jewelled bra which Shakira wore on her Oral Fixation world tour in 2007. If only Arnold had used eBay.

Some auctions are sensible:

In 2004, the Detroit studio where Eminem recorded ‘My Name Is’ went up for auction on the website. Studio 8, in the Detroit suburb of Ferndale, was listed in eBay’s commercial property section for 30 days, with a minimum bid of $215,000.

In 2008, A US music aficionado sold his collection of more than three million vinyl albums, singles, and compact discs to an eBay buyer from Ireland for just over $3 million. An eBay spokeswoman said the sale was one of the highest ever for the online auction site.

In 2019, David Gilmour’s guitar collection set several auction records when nearly 130 instruments went up for bid at Christie’s in New York. The former Pink Floyd frontman’s most iconic instrument, the so-called Black Strat, fetched $3,975,000. Other items sold included a 1954 Fender Stratocaster with the serial number 0001, which was used on the recording of “Another Brick in the Wall Part 2” went for over $1.8 million, a 1958 Gretsch White Penguin went for $447,000, and a 1955 Gibson Goldtop Les Paul, also used on “Another Brick” sold for $447,000. Christie’s declared all to be “world auction records.”

Some auctions are stupid:

The front door of Ozzy Osbourne’s childhood home in Birmingham went up for sale after the current owner was fed up with fans defacing it. Ali Mubarrat, who now owned the house in Lodge Road, Aston, said that over the years it had become a pilgrimage destination for Ozzy fans. So he removed it from its hinges and placed it on eBay.

Water that was said to have been left in a cup Elvis Presley once drank from was sold for $455. The few tablespoons came from a plastic cup Presley sipped at a concert in North Carolina in 1977.

Because everyone needs a toilet that formerly belonged to a celebrity, Henry Kolty put exactly that up for auction in 2005 after purchasing a home formerly owned by Grateful Dead singer Jerry Garcia. The loo eventually sold for $2,550. However, the toilet (and other items for sale such as two other toilets and a dishwasher used by Garcia) was stolen before the transaction could be completed. Bugger.

I think this is my favourite: In August 2010, a man from Arizona sold an “air guitar” on eBay for $5.50. The seller claimed that it was used once at a Bon Jovi concert.

Brilliant. I’ve got a set of drums that have been used at Led Zeppelin, Bruce Springsteen, Paul McCartney, and Radiohead concerts. Offers, please.