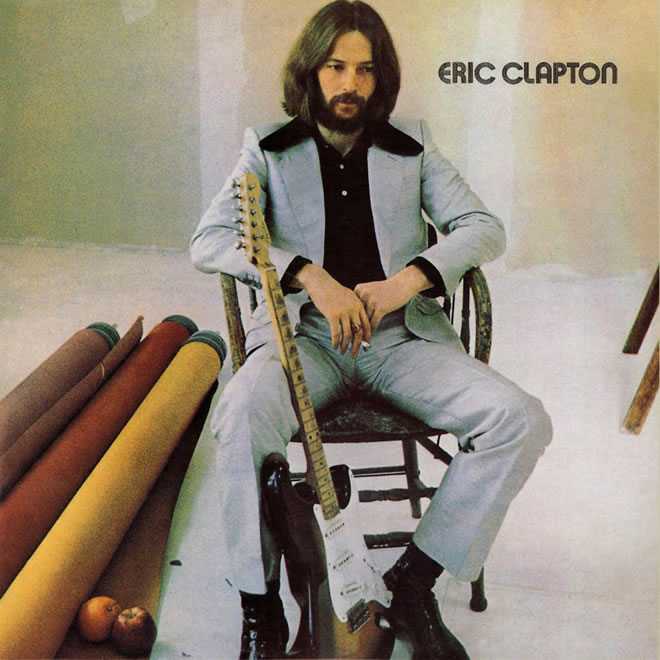 Eric Clapton is like an old friend you’ve known all your life. From each album or live show, you know what to expect; quality music, great guitar solos, a few ballads and the blues. Clapton is the only three-time inductee to the Rock and Roll Hall of Fame: once as a solo artist and separately as a member of the Yardbirds and Cream. Clapton has been referred to as one of the most important and influential guitarists of all time.

From John Mayall & the Bluesbreakers, Cream, Blind Faith, Delaney & Bonnie, and Derek and the Dominos, Clapton has had an unrivalled musical journey over 50 odd years.

Born in Ripley, Surrey, England, Clapton grew up with his grandmother, Rose, and her second husband, Jack Clapp believing they were his parents and that his mother was actually his older sister.

Clapton received an acoustic Hoyer guitar, made in Germany, for his thirteenth birthday, influenced by the blues from an early age, (Muddy Waters, Freddie King, B.B. King, Albert King, Buddy Guy, and Hubert Sumlin), he would record his own practice sessions using a portable reel-to-reel tape recorder, listening to them over and over until he felt he’d got it right.

When he was seventeen, Clapton joined his first band, an early British R&B group, the Roosters, (whose other guitarist was Tom McGuinness from Manfred Mann and The Blues Band). In 1963 Clapton joined the Yardbirds and forged a distinctive style and rapidly became one of the most talked-about guitarist in the British music scene.

Unhappy with the bands ‘pop’ direction Clapton quit the Yardbirds and joined John Mayall & the Bluesbreakers in April 1965 – his playing on the influential album, Blues Breakers – John Mayall – With Eric Clapton gained the guitarist the phrase “Clapton is God” which was spray-painted by an admirer on a wall in an Islington Underground station in the autumn of 1967.

Clapton left the Bluesbreakers in July 1966 (replaced by Peter Green later of Fleetwood Mac) and was invited by drummer Ginger Baker to play in his newly formed band Cream, one of the earliest power trio supergroups, with Jack Bruce on bass and who are now widely regarded as being the world’s first successful supergroup. Their mix of blues rock, hard rock and psychedelic rock, influenced the emergence of British bands such as Led Zeppelin, The Jeff Beck Group, and Deep Purple.

Next came the short lived Blind Faith with Clapton, Ginger Baker, Steve Winwood, and Ric Grech who released their only album, Blind Faith, in August 1969.

Clapton had met George Harrison during his stint in the Yardbirds and became friends with him, the close friendship between Clapton and Harrison resulted in Clapton playing the lead guitar solo on Harrison’s “While My Guitar Gently Weeps” from the Beatles’ White Album as well as Harrison’s solo debut album, Wonderwall Music, in 1968.

During this time Clapton fell in love with Harrison’s wife, Pattie Boyd. His 1970 album with Derek and the Dominos, Layla and Other Assorted Love Songs, was written to proclaim his love for her, particularly the song “Layla”.

When Boyd rebuffed his advances late that year, Clapton descended into heroin addiction and self-imposed exile for three years. Pattie eventually moved in with Clapton and married him in 1979. Boyd left Clapton in September 1984, and divorced him in 1988. Her stated reasons were Clapton’s years of alcoholism, as well as his numerous affairs including one with Italian model Lory Del Santo.

The Layla LP features the hit love song “Layla”, inspired by the classical poet of Persian literature, Nizami Ganjavi’s The Story of Layla and Majnun, During this period Clapton was devastated by the news of the death of Jimi Hendrix when eight days previously the band had cut a cover of “Little Wing” as a tribute to Hendrix. On 17 September 1970, one day before Hendrix’s death, Clapton had purchased a left-handed Fender Stratocaster that he had planned to give to Hendrix as a birthday gift.

He withdrew from recording and touring to isolation in his Surrey, England, residence as the band broke up. There he nursed a heroin and alcohol addiction. In January 1973, The Who‘s Pete Townshend organised a comeback concert for Clapton at London’s Rainbow Theatre, aptly titled the “Rainbow Concert”, to help Clapton kick his addiction.

More tragedy struck when in 1990 fellow blues guitarist Stevie Ray Vaughan who was touring with Clapton, and three members of their road crew were killed in a helicopter crash between concerts. Then, on 20 March 1991, Clapton’s four-year-old son, Conor, died after falling from the 53rd-floor window of his mother’s friend’s New York City apartment at 117 East 57th Street.

Clapton’s grief was expressed in the song “Tears in Heaven”, which was co-written by Will Jennings. At the 35th Grammy Awards, Clapton received six Grammy Awards for the single and his Unplugged album. The album reached number one on the Billboard chart.

In 1998, Clapton established the Crossroads Centre in Antigua to help others overcome their addictions to drugs and alcohol and is active in its management oversight and fundraising to the present day. Clapton has organised the Crossroads Guitar Festival in 1999, 2004, 2007, 2010 and 2013 to raise funds for this centre.

For a man with so much talent, Clapton has had more than his share of ups and downs. He continues to astonish and delight a vast spectrum of music lovers. It’s a legacy that will continue as part of a journey in the lifelong musical odyssey of an authentic musical genius.